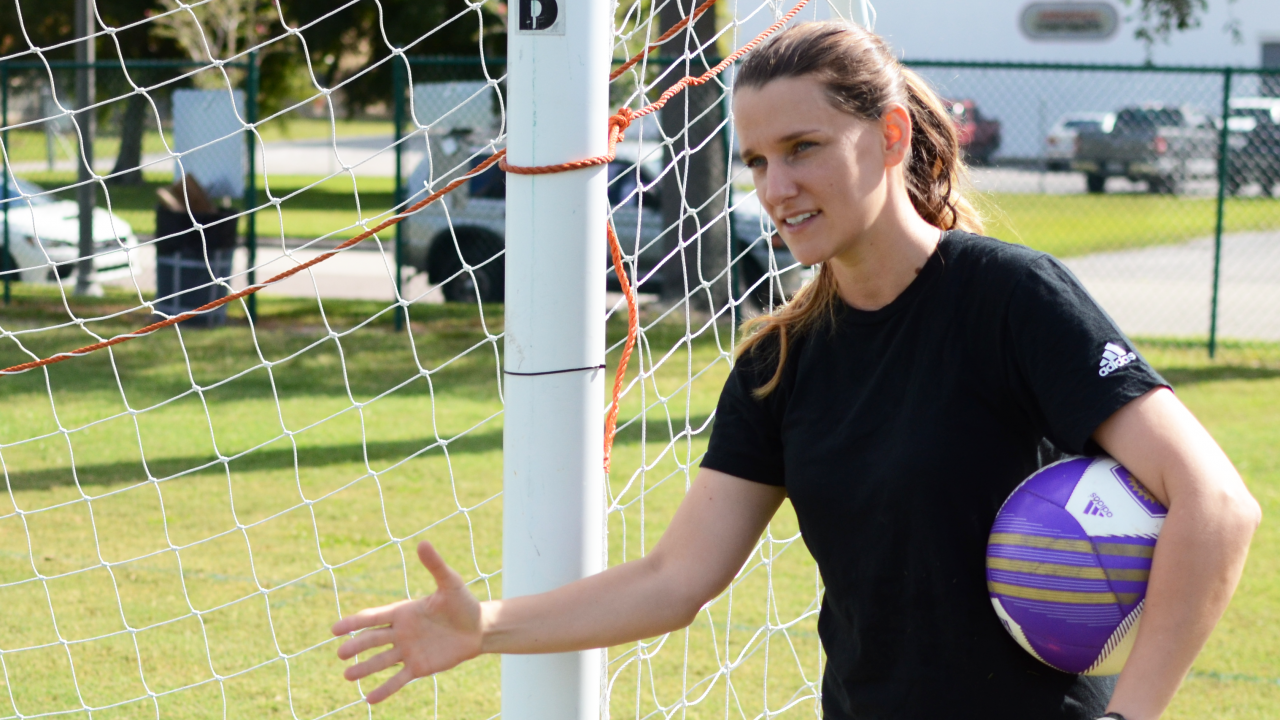 Despite all the obstacles she faced, Rachel Jolley was meant to be involved with the sport of soccer. Fate landed her in coaching, and she loves every second of it.

Rachel Jolley fell in love with the beautiful game at an early age. Watching her older brother steered her towards the sport of soccer, and, after a very successful youth career, coaches from all over Florida started to take notice. Then, at the age of 13, injuries struck. From the first hip pointer at 13-years-old, Rachel suffered a major injury every calendar year all the way up to her freshman year at the University of South Alabama. Despite the injuries, she earned an athletic scholarship, but she suffered an ankle tear during spring training with the Jaguars, forcing her to hang up the cleats. She returned to Florida to finish school, but soccer was meant to be in her life. She was offered a junior training position in 2006 and she’s fell in love all over again. She's been coaching ever since and now has a U.S. Soccer National D(r) coaching license, and is a member of the NSCAA. Here are 18 questions with our featured coach, Rachel Jolly!