After playing on both sides, American teen Yunus Musah looking forward to ‘special clash’ vs. England 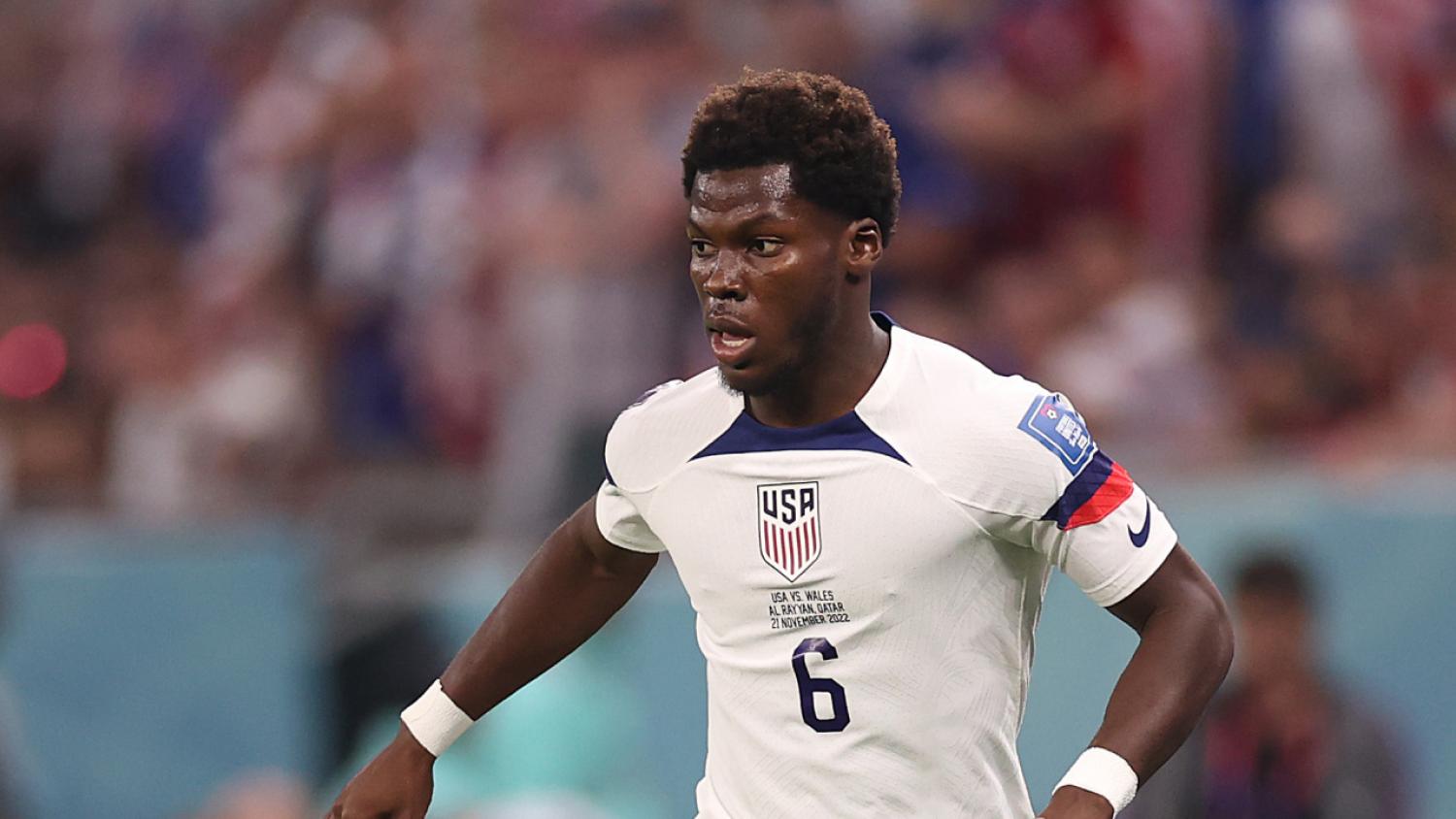 There's no looking back for Musah ahead of Friday's high-stakes encounter.
Getty Images

AL RAYYAN, Qatar - A slightly different career path could have seen Yunus Musah lining up alongside fellow 19-year-old Jude Bellingham for England against the United States on Friday. He could even have been playing for Ghana against Cristiano Ronaldo's Portugal on Thursday.

Instead, the teenaged midfielder will pull on the United States shirt for the 20th time in Friday's World Cup Group B clash in Al Khor when his side will try to spring a major upset.

Musah was born to Ghanaian parents in New York's Bronx, spent his early years near Venice and moved to London with his family in 2012 and came through the ranks at Arsenal's academy. His path into the Premier League looked mapped out when he represented England from under-15 to under-18 level but he opted for a move away from Arsenal to Valencia in 2019 and made his debut for the United States a year later against Wales.

Musah made his World Cup debut on Monday in the U.S.'s 1-1 opening draw with Wales — a result that means the stakes will be high against group leaders England on Friday. Like the U.S., England are also flush with young talent with Bellingham and Arsenal's 21-year-old Bukayo Saka stealing the limelight in the 6-2 thrashing of Iran.

Central midfielder Musah could have been their teammate, but he has no regrets at not following in their footsteps.

"It was a difficult decision because I had a great time with England and the country did a lot for me," Musah, who speaks English, Spanish, Italian and Hausa, told reporters at the United States team base just outside Doha. "This is going to be a special game for sure because I've played on both sides."

Musah decided to take his chances in Spain's LaLiga because he felt first-team opportunities at Arsenal might be lacking. It has proved to be an astute move with Musah having already got nearly 100 first-team appearances under his belt as well as 20 caps.

"I'll never know (what would have happened if I had stayed in England)," Musah said. "But I felt like maybe I wouldn't have been in the Arsenal first team so early and I felt that I had the potential at that age to play first-team football which is why I decided on the move to Valencia. Things turned out great."

Having failed to see out victory over Wales on Monday when Tim Weah's goal was cancelled out by a Gareth Bale penalty, the U.S. are under pressure to get something from the England game, although defeat would not end their hopes.

Musah says the "stakes are high" but that the experience they gained on Monday will help them on Friday.

"We've got that first game out of the way and we have a feel for the atmosphere and we know what we are here for and it's going to be easier to control those nerves," he said.