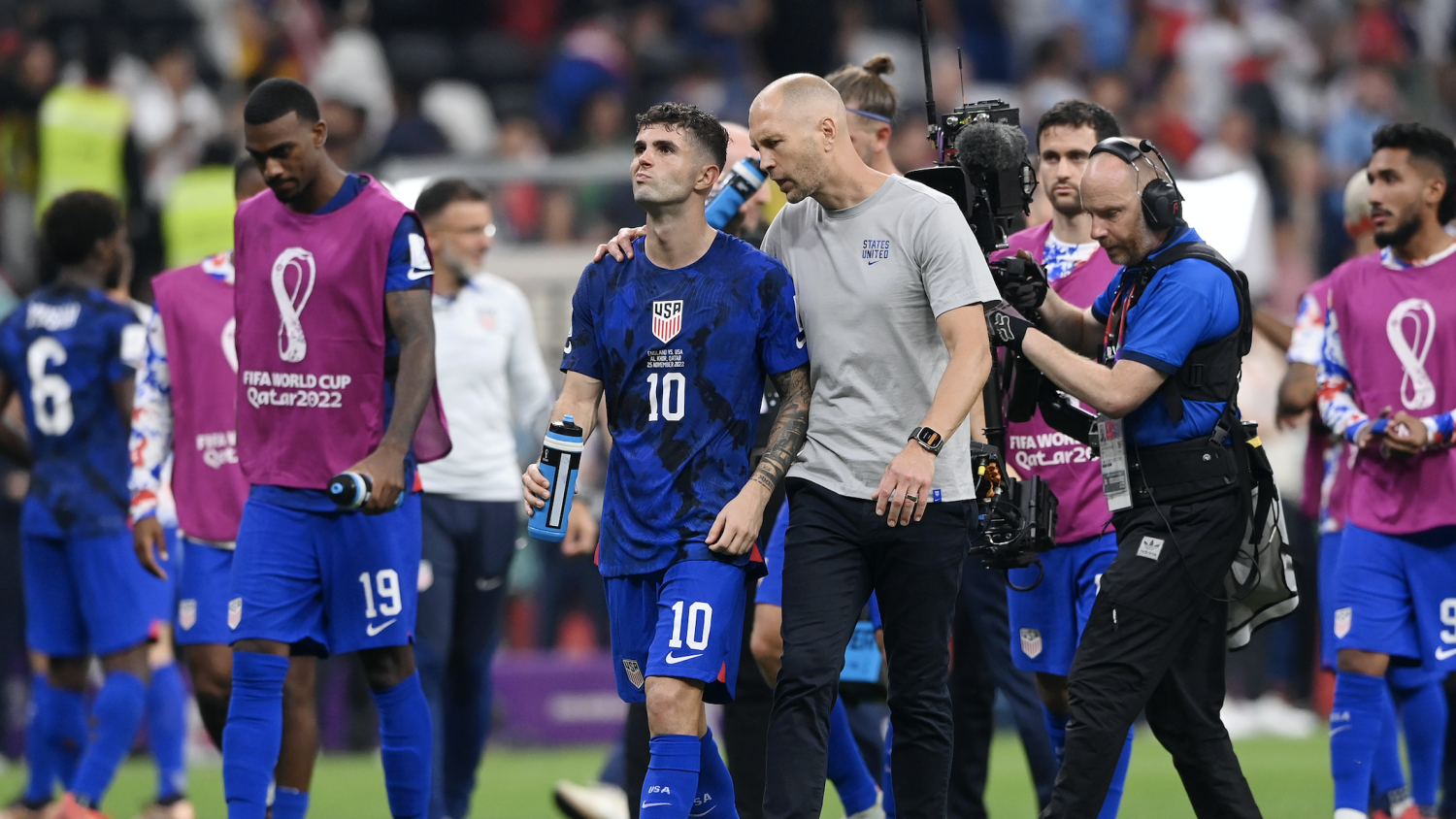 What a performance from the boys.
Getty Images

The United States men’s national team defied the doubters and earned a tough 0-0 draw against England on Friday. In all honesty the USA had the better chances in the game and some fans will have wished to get a win vs. the Three Lions.

The first big chance came to England in the opening 10 minutes with Walker Zimmerman having a crucial block against Harry Kane.

The USMNT will be disappointed to have not scored considering the chances they had. Weston Mckennie skied an effort over the bar and then Christian Pulisic hit the crossbar seven minutes later.

What a CHANCE for Weston McKennie pic.twitter.com/uRMhyV5MVw

PULISIC OFF THE CROSSBAR

So close for the @USMNT pic.twitter.com/ie0dmbVIIj

Overall head coach Gregg Berhalter and his team can hold their heads high. England has still never defeated the USA at a World Cup.

The USA must beat Iran on Tuesday to advance to the Round of 16. Let’s breakdown the three big things that could help them do that.

1. McKennie and Pulisic have their swagger back

One of the big criticisms from the opening game against Wales was how quiet McKennie and Pulisic were. Sure, Pulisic had the assist to Tim Weah, but other than that he had a minimal impact. Meanwhile McKennie looked out of form.

Those two stepped up on Friday. McKennie looked his old self with some quality passes plus several great dribbles and turns. He’ll be losing a little sleep over his missed chance, but for a guy recovering from a thigh injury he was fantastic.

Pulisic had his confidence back. The fancy flick passes were on display, he was taking shots and getting past opponents. This was a much better Pulisic and he might be building up to do something big against Iran.

This flick by Pulisic @USMNT pic.twitter.com/Gw7MkYtff5

Berhalter’s substitutions angered fans again with the timing and the personnel. Finally introducing Gio Reyna into the World Cup was what everyone wanted, however making the change with Reyna and Josh Sargent in the 83rd minute??

Those changes needed to happen at least 10 minutes earlier. The biggest gripe for this writer personally was the introduction of Shaq Moore. He was a shock inclusion in the World Cup roster and even more shocking to be put in a game over the likes of Joe Scally.

Moore committed a plethora of fouls and gave the ball away once or twice. Not a good substitution from Berhalter.

3. Set pieces are getting better but not there yet

This last piece is a two for one as we discuss the set pieces and shooting.

The corner kicks and crosses against Wales were disgraceful. It improved vs. England. Pulisic’s corners were at least getting into dangerous areas, however no one was home on most occasions. Credit also needs to go to England’s Harry Maguire for defending them so well.

That last set piece to end the game was infuriating. Who on Earth thought it was a good idea to take the free kick short instead of a hail mary into the box? The referee blew the whistle to end the game after the short free kick.

One last note to touch on is the finishing. The USA had six against Wales and 10 against England. That's solid if you ignore the fact the team is averaging one shot on target per game. The finishing hasn’t been where it needs to be.

The No. 9 position is a mystery at this point. It was a surprise to see Haji Wright start over Sargent. Wright contributed little to Friday's game and most likely won’t start against Iran.

Sargent was decent in the first game. Meanwhile Jesús Ferreira who was a lock for the World Cup roster has yet to see the field. Will it be Sargent or Ferreira who starts on Tuesday? Hard to say.

P.S. Can Zimmerman please stop giving us one heart attack per game?