Canada said they'd 'F' Croatia up, but it was Croatia doing all the 'F-ing' 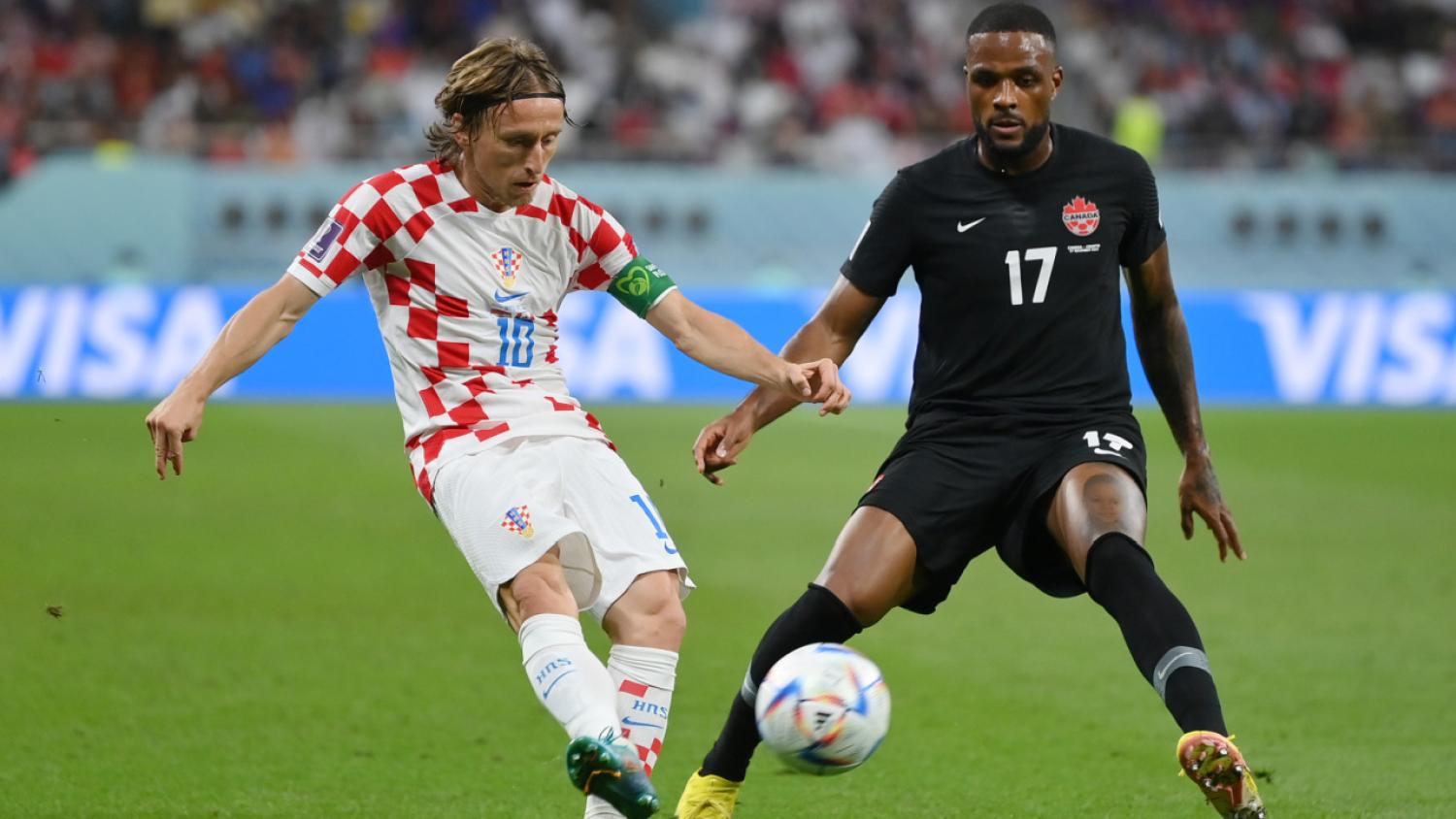 Canada is out of the World Cup after two games.
Getty Images

After vowing to f**k Croatia up Sunday, Canada manager John Herdman could only watch in horror as his side showed its extreme World Cup naivety in a 4-1 defeat to the 2018 runners-up.

Canada — the leading side in Concacaf during qualifying — is now the second to exit the tournament, following quickly in the footsteps of the host nation Qatar.

It all started like a dream for the Canucks. After doing everything but scoring in an opening 1-0 defeat to Belgium (when they could've scored two or three), Canada righted those wrongs in only the second minute when Alphonso Davies (who missed a penalty against Belgium) came flying through to meet Tajon Buchanan's cross.

In Canada's fifth World Cup match on the men's side, the 22-year-old Davies fittingly became the program's first-ever goalscorer on the world's stage.

It looked like Davies and Buchanan were set to torment the opposition on the flanks, but Croatia got a foothold, gained supremacy and then made Canada's attacking setup — with both Jonathan David and Cyle Larin up top and only the 39-year-old Atiba Hutchinson and playmaker Stephen Eustaquio providing cover — look like suicide.

The warning was there with a Croatia goal ruled out for offside, but the Checkered Ones were slicing through Canada with ease and two goals rippled the back of the net in quick succession to turn the tables.

First, Andrej Kramarić was fed by Ivan Perišić in the 36th.

Croatia ties things up in the first half pic.twitter.com/hmJyPguuXw

Marko Livaja made it 2-1 shortly before halftime with Canada offering very little resistance.

Canada was staring elimination in the face, and the second-half started like a barn burner. Jonathan Osorio whistled one wide. Milan Borjan kept Canada in it with a sensational save on Kramarić. Dominik Livaković kept Canada from equalizing by tipping a David effort over.

But it was over in the 70th minute when Kramarić got his second off another beautiful Perišić ball.

Canada plays its final match Thursday against a Morocco side on four points. Although already eliminated, the Canucks will want to get their first-ever men's World Cup win before hosting the 2026 event.

Croatia, now on four points, plays Belgium, with three, in a tense one.