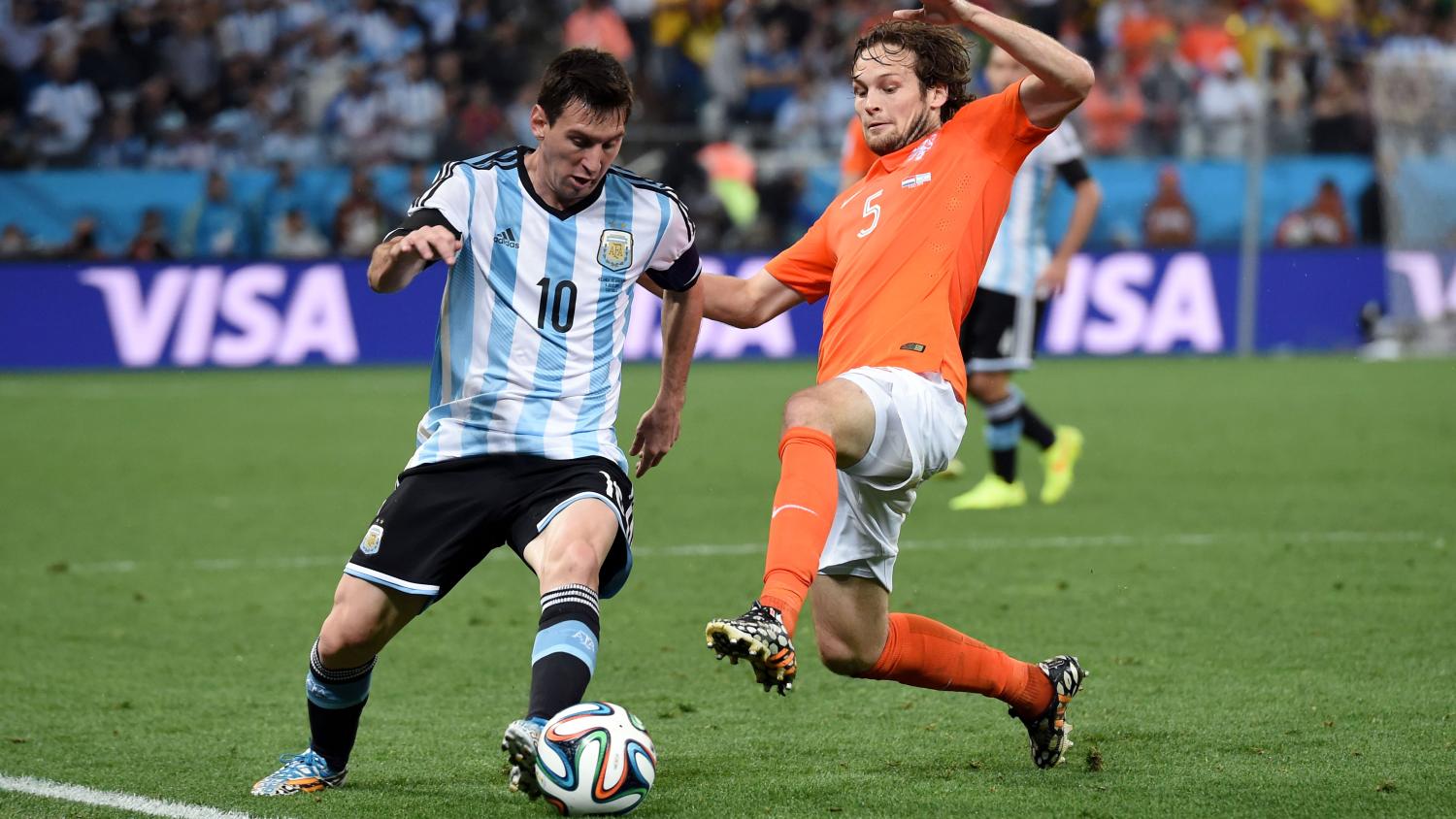 Argentina beat Australia 2-1 while the Netherlands defeated the United States 3-1 on Saturday to set up a tantalizing clash between two of the great teams of world football who famously met in the 1978 World Cup final which the South Americans won.

"It's going to be a very beautiful game, with two historic teams. Sadly one team has to lose and we hope it's us who go through," Scaloni said in a news conference at 1 a.m. in Qatar after his side's last-16 victory over Australia.

Noting the age gap, Scaloni, 44, said he had since his early playing days been an admirer of Dutch coach Louis van Gaal, 71.

"He was an eminence back then. It's a proud moment to face him. We know how much he has done in football, and how many people have tried to copy him," he said. "This is one of the pleasures that football gives you, especially as it is happening at a World Cup. We face a difficult opponent, like all of them, and we hope to do well. Maybe they are not shining like past Dutch teams, but they are very clear in what they do."

Messi, fresh from scoring and being named man-of-the-match against Australia on his 1,000th career appearance, was similarly clear about the task ahead.

"Now we have a really tough clash with Holland, who play very well," he told reporters. "They have great players and a great coach, it's going to be hard-fought. It's the quarterfinals of a World Cup and if a World Cup has been tough from the start, it gets even tougher at this stage."

Scaloni said he was delighted with his players, who have won three games in a row at the World Cup in Qatar after their shock opening defeat by Saudi Arabia.

"We are satisfied. Today's match was very difficult. They put a suffocating pressure on us," he said of Australia, though he lamented his team did not extend their 2-0 lead before the Socceroos got an own goal and piled the pressure on for an equalizer. "We shouldn't have suffered in the final minutes because we had chances to go further ahead," he said. "But my players were born to play in these sorts of games."

Scaloni kept the injured Ángel Di María on the bench, but said he hoped he would be fit to face the Dutch.

"Today he wasn't in condition to play. I didn't want to risk it. We hope that over the next few days he can improve and play in the next game," he said.