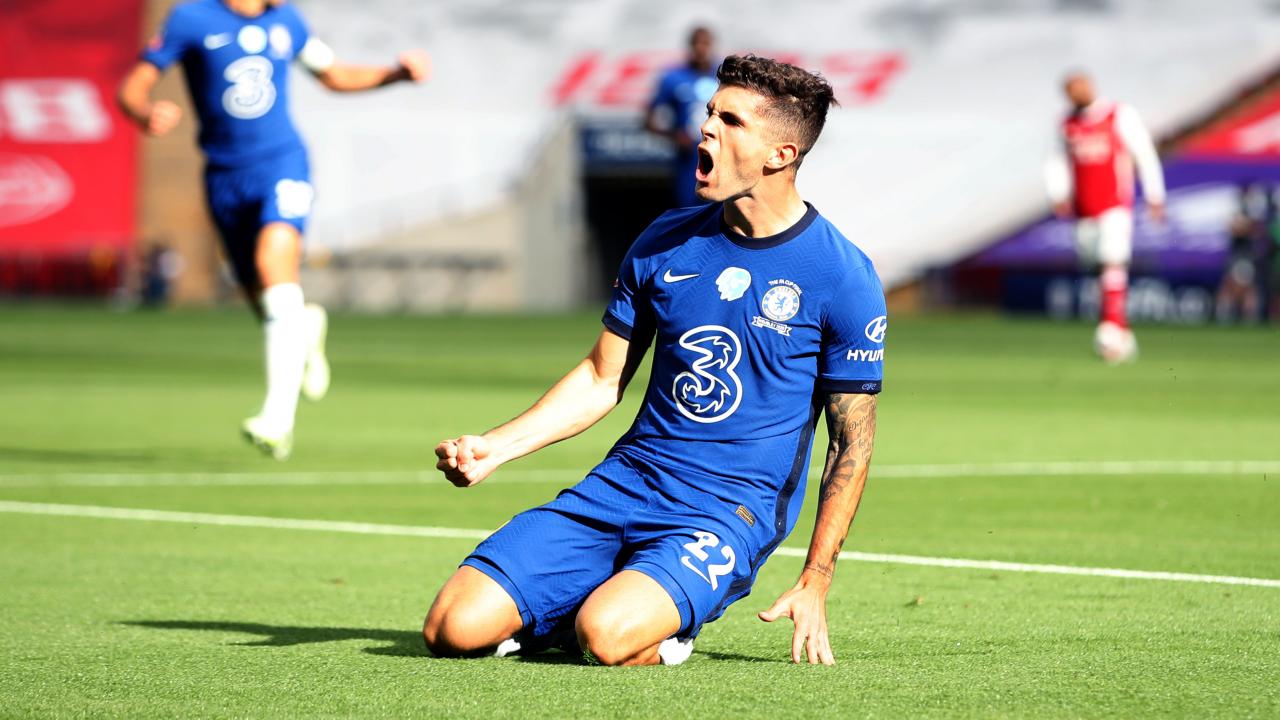 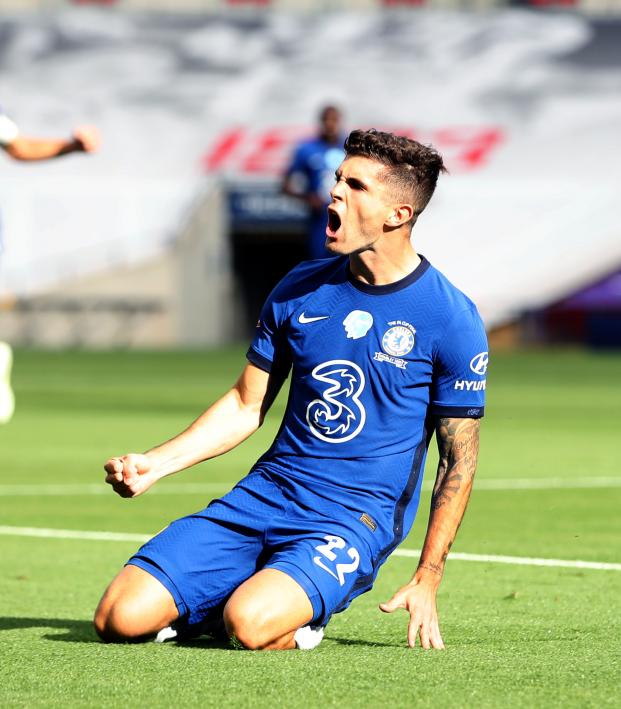 Christian Pulisic Out For Six Weeks, Could Miss Start Of Next Season

Chelsea winger Christian Pulisic, widely considered the United States' top soccer export, is expected to miss six weeks with a right hamstring injury that could extend until the start of the next Premier League season.

The Hershey, Penn., native, who will turn 22 next month, came away with his injury during Chelsea's 2-1 FA Cup final loss to Arsenal. Pulisic scored his team's lone goal in the first half.

Christian Pulisic becomes the first American to score in an #FACupFinal pic.twitter.com/XhHaLZFemC

In his first season in England's top league, Pulisic scored nine goals, with four of those coming after the season resumed following a break because of the coronavirus pandemic. The new Premier League season is scheduled to start Sept. 12.

"We'll get him fit and get him ready," Chelsea manager Frank Lampard said. "If he misses the first one or two games of the season, then we'll have a firing Christian hopefully hungry as he looked from the restart."

Lampard reports that Pulisic and Azpilicueta's hamstring injuries are likely to keep them out for between three and six weeks, while the outgoing Pedro had an operation earlier in the week on his shoulder injury.#BAYCHE

Pulisic's injury means he will miss Chelsea's Round of 16 Champions League game against Bayern Munich on Saturday.

Pulisic made his debut with the United States as a 17-year-old in 2016. In 34 games with the USMNT he has scored 14 goals with nine assists, including three goals in the 2019 Gold Cup.