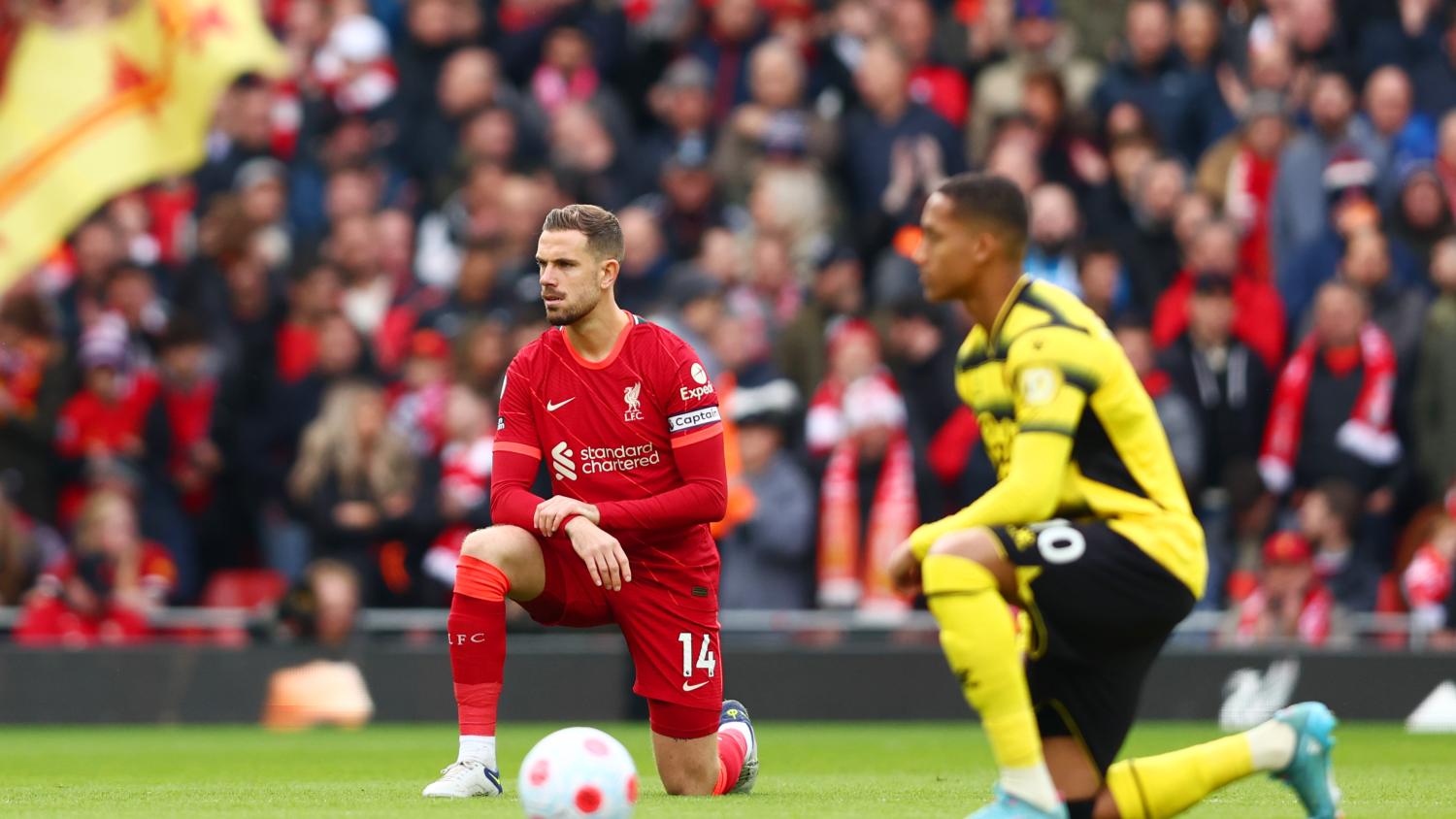 The Premier League captains decided to limit the anti-racism action to significant games for the 2022-23 season.
Getty Images

Premier League teams will limit their pre-match anti-racism gesture of "taking the knee" to only some significant games from the new season, the league said on Tuesday.

The Black Lives Matter cause was taken up by Premier League clubs in 2020 following the death of George Floyd, a Black man who died in police custody in Minneapolis in May that year.

Premier League clubs wore the Black Lives Matter logo on their shirts before it was replaced by "No Room for Racism."

But whether players should continue taking a knee before games has divided opinion across sport, with some analysts saying that the gesture, first performed by NFL player Colin Kaepernick in 2016, was in danger of becoming diluted.

Premier League club captains reaffirmed their commitment to fighting racism and all forms of discrimination but said players had decided to use specific moments during the upcoming campaign, which begins on Friday, to take the knee.

Ahead of the new season, #PL club captains have reaffirmed their commitment to fighting racism and all forms of discrimination.

The players have decided to use specific moments during the upcoming campaign to take the knee. #NoRoomForRacism

"We have decided to select significant moments to take the knee during the season to highlight our unity against all forms of racism and in so doing we continue to show solidarity for a common cause," Premier League captains said in a statement.

"We remain resolutely committed to eradicate racial prejudice, and to bring about an inclusive society with respect and equal opportunities for all."

Players will take the knee during the opening match round of the season, "No Room for Racism" match rounds in October and March, Boxing Day fixtures after the World Cup, league matches on the final day of the season and FA Cup and EFL Cup finals.

The Premier League said it supported the decision and would use these opportunities to elevate anti-racism messaging.

"A total of 238,000 pounds ($289,836) will be donated to designated youth clubs on behalf of the captains after 119,000 pounds was raised from the royalties of the 'No Room For Racism' sleeve badges sold on club shirts last season," it added.

The Premier League matched the figure raised from the badges as part of the contribution to those clubs.