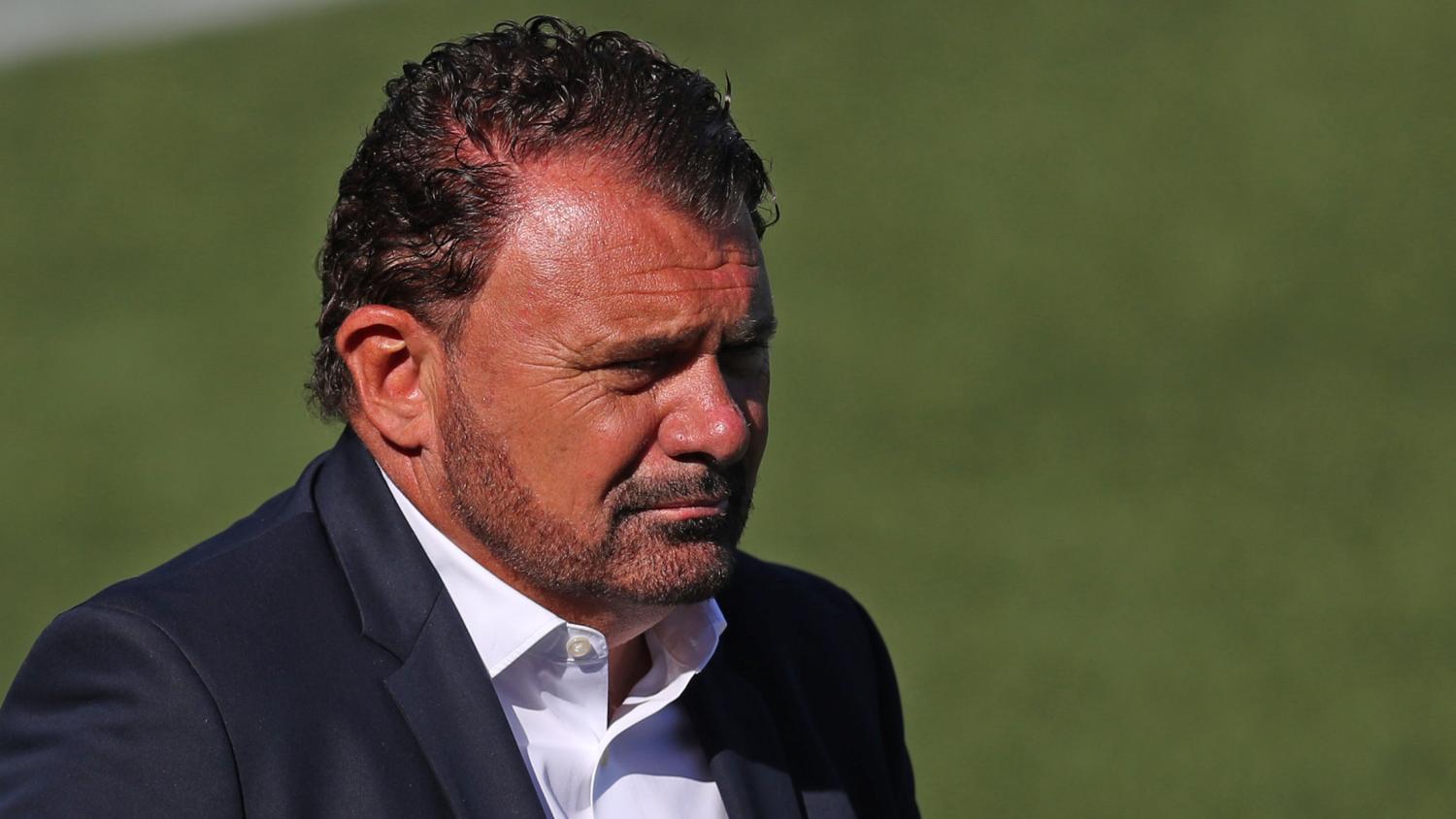 Former Spirit coach Richie Burke is being accused of some nasty stuff, and Washington can’t decide if it’s demoting him or firing him.
Getty Images

Abusive behavior, racist jokes, homophobic slurs — Richie Burke, it seems, is no Ted Lasso, and he appears to be on his way out of the NWSL after a damning report and some confusing reactions from his Washington Spirit club.

Burke will not coach the Spirit again, that much seems clear. What exactly is going on with the NWSL’s D.C. club is anything but clear after a damning Washington Post report. The club initially announced Tuesday morning Burke was stepping down as coach and joining the front office over “health concerns” and by Wednesday morning the Spirit said he was suspended. In between, reports suggested he had, in fact, been fired.

On Wednesday, what we know is Burke is facing a barrage of allegations of creating a hostile environment, accusations backed by former Spirit player Kaiya McCullough and other players and former players who wished to remain anonymous.

The entire situation serves as a giant reminder of how far the NWSL has to go as a league, pointing out stark deficiencies in player protections, not to mention mostly clueless owners who keep hiring the wrong coaches.

Richie Burke was brought in as head coach in late 2018 to turn the Spirit around. The NWSL club was not in good shape, having won two games the season prior. Washington also had an optics issue because of owner Bill Lynch’s homophobia and values antithetical to NWSL. (Lynch is now a minority owner after selling most of his stake in the club in 2018, but only after he chased off USWNT stars Ashlyn Harris and Ali Krieger.)

The Spirit saw modest gains under Burke, rising to the middle of the pack instead of bottom of the heap. But underneath the surface, trouble was reportedly brewing.

NEW: At least four players have left the Washington Spirit in the last two years because of what they said was "verbal and emotional abuse" by their coach, Richie Burke.

My story on what's been going on behind the scenes at the Spirit: https://t.co/bW7YbmZYAk

Wednesday’s Washington Post story lays out a pattern of misbehavior from Burke, ranging from unsavory coaching styles — he would scream at players inches from their faces — to outright cruelty in the form of verbal abuse, including racially insensitive and homophobic comments.

Burke reportedly called players “dog shit,” a “waste of space” and called a player selfish after she appeared to have a panic attack on the field following a bombardment of Burke’s abuse. Some of Burke’s players admitted to being fearful of making a bad pass, shot or play, afraid of the wrath that would come their way.

“He made me hate soccer,” McCullough told the Washington Post’s Molly Hensley-Clancy. “I was 100 percent in a situation where I was being emotionally abused by Richie. He created this environment where I knew I wasn’t playing as well, because I was so, so scared to mess up and be yelled at. It crippled my performance, and it made me super anxious.”

Beyond that, the Washington Post story pointed out “racially insensitive” comments from Burke, which made McCullough, who is Black, uncomfortable.

McCullough recalled Burke using the n-word and making some shocking attempts at jokes. When Spirit players gathered for a photo of themselves kneeling on the field in the wake of the murder of George Floyd by a white police officer, Burke suggested they kneel on an inflatable white practice dummy.

It all makes you wonder how such a mediocre man could even rise to the level of coaching in the best women’s soccer league in the world. Burke, a native of Liverpool, never made it on his hometown clubs of Liverpool and Everton, despite playing for them at youth levels. He did play professionally in the U.S. but his only major head coaching experience prior was leading Livingston, then in Scotland’s second tier.

Richie had never coached a women’s pro team and let’s not forget the multiple claims of abuse made against him and made clear to the Spirit when they hired him. They proceeded anyway. https://t.co/X1aZUesNg3

After he was hired, Burke was accused of being “emotionally abusive” by former youth players, but the Spirit pointed to an investigation conducted by the youth team and stood by its new coach.

“I read it, and I was immediately like: ‘How did this guy get hired? Those seem like really credible allegations,’” McCullough said. “But it felt like they pushed that to the side, and nothing ever came of it. I got the impression that people didn’t care.”

Making all of this worse was the fact NWSL players like McCullough felt they couldn’t speak up about any of it. Because of how the league is set up, players can be let go for no reason, with that club still retaining the player’s rights. Players had to fear retaliation if they said anything about the abuse. Bizarrely, the NWSL didn’t have a formal harassment policy at all until 2021.

“People quite literally can’t say anything,” McCullough said. “They fear for their contracts. That is their way of living.”

McCullough left the Spirit in September 2020, citing rampant Covid-19 and racism in the U.S. as her reasons at the time; the decision was mutual with the club. She played abroad briefly but now has returned to the States to go to law school. (When she left Washington, she said she’d be back someday, perhaps as president.) The UCLA grad said she wasn’t sure if she could play soccer again after the trauma of playing for Burke.

Now NWSL fans await what action the Washington Spirit actually take with Burke. Reports suggest he’s been fired, but the club has yet to confirm anything of the sort, instead just saying he’s been moved to the front office and has been suspended pending an investigation.

Late night update, but multiple sources have told The Athletic that Burke was in fact fired as head coach of the Spirit, and they are unaware of any health issues for Burke.

There are no rules, to my knowledge, against coaches yelling at players to motivate them. I imagine most people reading this will have memories of their own coaches giving them the hair-dryer treatment. Personally, I’ve always thought that tactic to be counter-productive in the long run. I don’t know of any rules about making crass, racist jokes.

But it’s certainly a choice for a club to stand by a coach after the initial accusations when he was first hired and the current crop of allegations, as damning as they all are. One has to wonder if Burke and/or the Spirit front office knew the WaPo story was coming out soon and decided to try to get in front of it by feigning health concerns and shifting Burke to the front office.

None of this Burke situation is a good look for the NWSL. Despite a lot of forward momentum elsewhere, it’s still repeatedly held back by mediocre white men, such as the Utah Royals moving to Kansas City after numerous allegations of racism and sexism from Royals owner Dell Loy Hansen. The Spirit have tried to move forward with minority owners like Chelsea Clinton, Jenna Bush Hager, Dominique Dawes and Alex Ovechkin, but Lynch is still around, too.

Ideally, NWSL owners will stop being sexist, homophobic and racist and start hiring coaches who know how to cultivate talent, not chase it out of the league with constant verbal abuse. Far too often, NWSL owners have chosen to hire unproven men at the expense of qualified women. Hopefully, one day, that is a thing of the past. We’ll believe it when we see it.