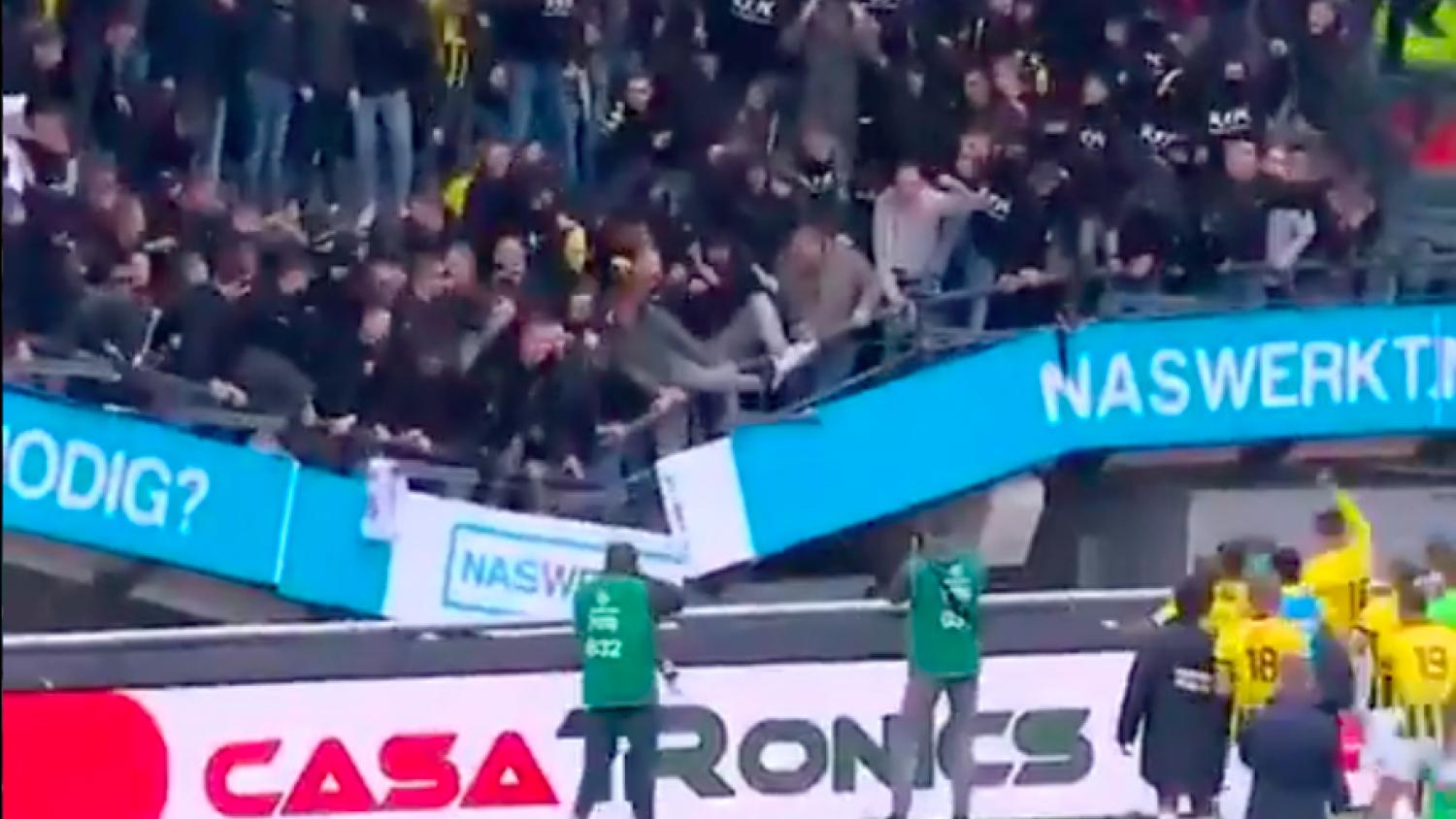 Vitesse supporters were sent tumbling, but thankfully there were no reported injuries.
Twitter

After recording a 1-0 away win over NEC to climb to sixth in the Eredivisie table, Vitesse players went over to celebrate with their traveling contingent at the Goffertstadion in Nijmegen, Netherlands.

Bouncing in unison, a segment at the bottom of the stand suddenly collapsed in the center, sending supporters tumbling toward the rift while players watched on in horror.

A stand full of Vitesse fans collapsed while they celebrated their victory today.

Thankfully there were no reported injuries pic.twitter.com/kYXJh2UBsP

Thankfully, there were no reported injuries.

“I am very shocked by what happened,” the mayor of Nijmegen told De Telegraaf. “Fortunately, as far as is known, no one was injured. I want an investigation into what happened here as soon as possible.”