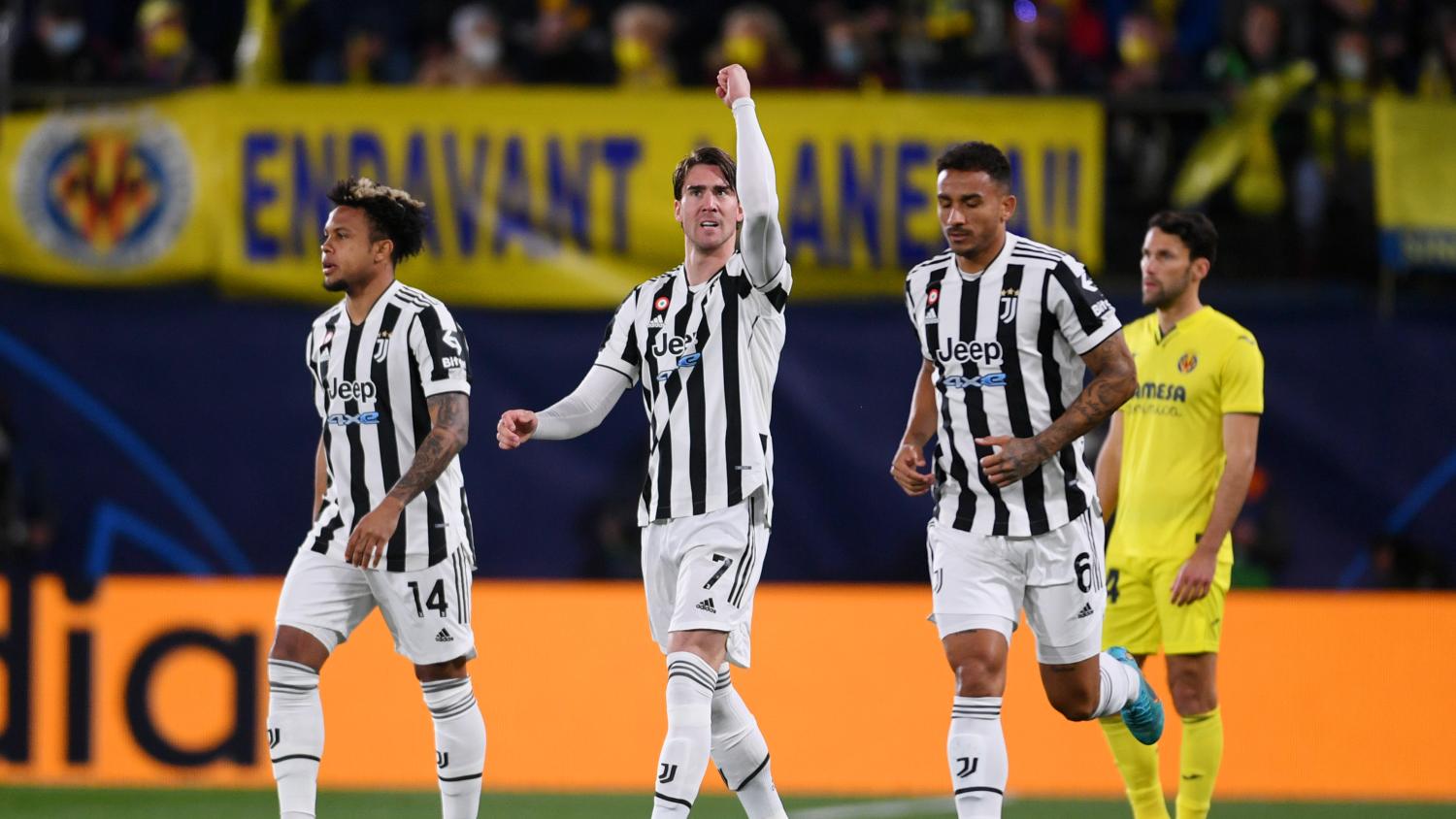 Juventus settled for a 1-1 draw with Villarreal because not everyone can be as good as Vlahović and McKennie.
Getty Images

Juventus is an odd club at the moment. The Old Lady, owner of a record 36 Scudettos, isn’t the same side that won nine straight Serie A crowns from 2011-2020. Talent is there, but not everywhere.

Those disparities were on full display in Juventus’ 1-1 draw with Villarreal in the first leg of the Champions League Round of 16 on Tuesday at la Cerámica.

Vlahović was superb, scoring 31 seconds into his Champions League debut. Morata was profligate, failing to do anything positive in the final third. McKennie was ravenous on the right side, a one-man wrecking crew in attack and defense. Rabiot was poor, at fault for Villarreal’s equalizer and lucky not to be sent off.

After a dream start, Juventus will be disappointed to only take a draw back to Turin for the second leg slated for March 16, with no away goals in play this season. Even more worrisome, McKennie limped off after rolling his ankle, putting his near future with Juve and the USMNT in doubt. If Massimiliano Allegri wants to wonder what went wrong, he need only look at the gulf in class between different sides of the pitch.

For all his accolades, young Serbian striker Dušan Vlahović had never played in the Champions League before Tuesday. The 22-year-old has scored at an unreal clip this season (a goal every 120 minutes), more than justifying the $80 million price tag Juventus paid for the former Fiorentina star.

Starting in the first UCL match since joining the Bianconeri, Vlahović wasted no time getting his first Champions League goal, setting a record for fastest strike by a debutant with his tally a mere 31 seconds after the opening kick.

After the goal, Juventus looked quite comfortable. Villarreal rarely threatened, and McKennie and Vlahović looked dangerous going forward. Early in the second half, McKennie launched a pinpoint, 40-yard pass onto the foot of Morata on the edge of the box only for the Spaniard to volley well wide of the goal.

McKennie was also great tracking back, following a run into the box from Alberto Moreno to prevent an opportunity. Moments later, Rabiot did the opposite, completely losing track of Dani Parejo, who was picked out by Étienne Capoue for an easy equalizer in the 66th minute. Note how Rabiot sees Parejo but does nothing to defend him.

The ball from Étienne Capoue
Dani Parejo with a deft finish, Villarreal are in this. pic.twitter.com/rMNjZ1gYCv

It could have been even worse for Rabiot a few minutes later. The Frenchman cleated Samuel Chukwueze in the knee and somehow escaped with just a yellow card, both the referee on the pitch and VAR deciding a potential career-threatening injury wasn’t worthy of a red. (Thankfully, the Nigerian was able to continue.)

McKennie was so good on the right flank Unai Emery brought on left back Pervis Estupiñán to help neutralize that side of the pitch. It was the Ecuadorian whose sliding tackle caught McKennie’s left ankle, which rolled over and resulted in his 81st-minute substitution. McKennie appeared to be in some pain as he hobbled off the side of the pitch, later leaving the field hopping on one leg.

Weston McKennie came off w/ an ankle injury suffered during this rough challenge from Pervis Estupinan.

Would expect him to miss a few matches during Juve’s busy upcoming schedule. Here’s hoping he can recover in time for the big March #USMNT qualifiers, which are a month away. pic.twitter.com/IKXdRmRWqi

U.S. fans will be hoping it’s nothing serious with three vital World Cup qualifiers about a month away. Gio Reyna also suffered an injury over the weekend, creating a worrisome scenario of having neither for the trip to the Azteca in Mexico City on March 24, though it appears Reyna will only be out for about two weeks. At least Pulisic appears to be finding his form at the right time after his goal against Tim Weah’s Lille on Tuesday.

Despite being the home side, I think Villarreal will be happier with the result on Tuesday. Outplayed for most of the match, Emery’s men did just enough to snatch a point, and without away goals to worry about they can play for penalties in Turin or try to nab a win with just one goal.