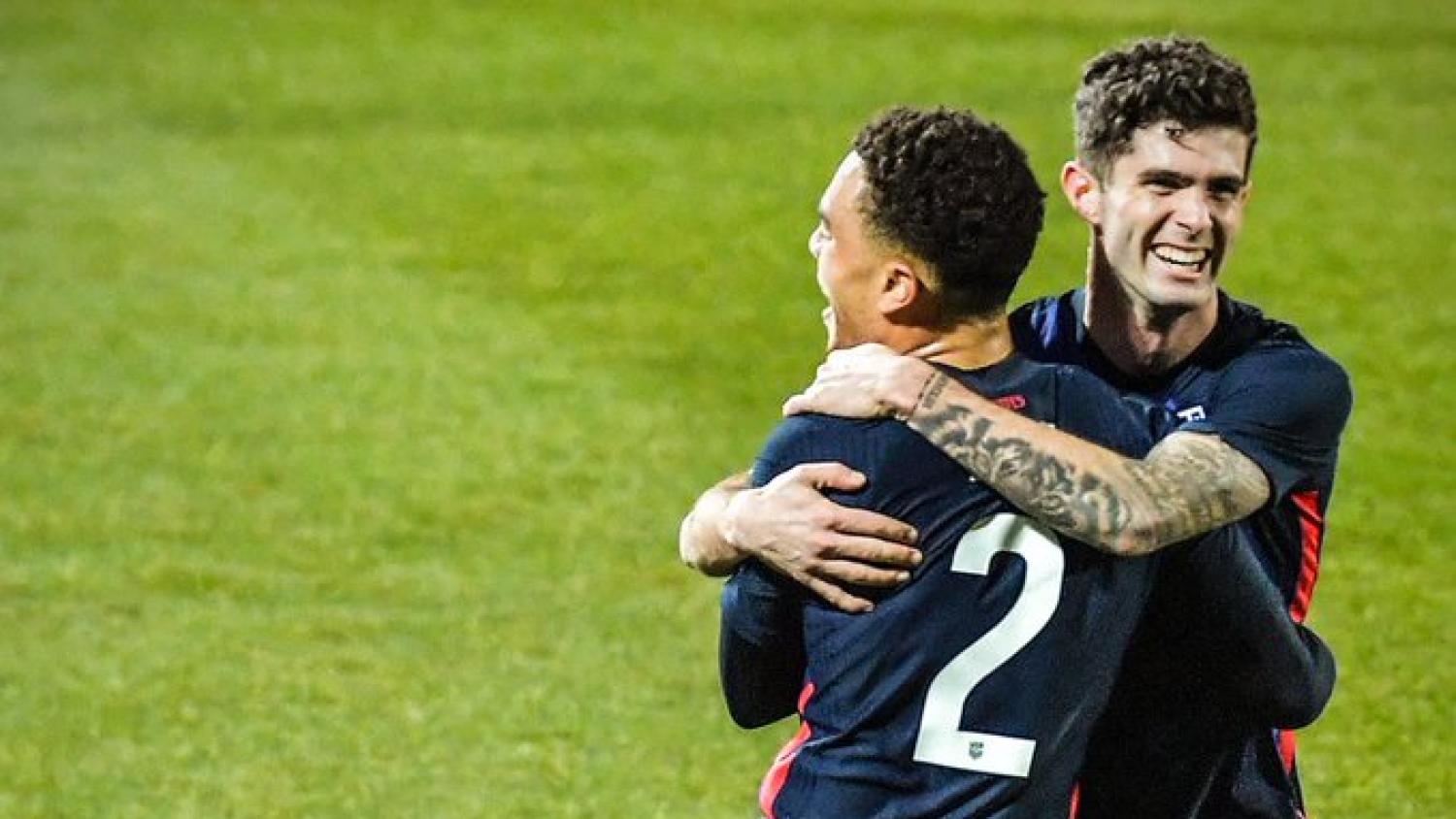 More promising signs ahead of a busy summer for the U.S.
@brfootball | Twitter

Midfielder Christian Pulisic returned to the United States men's national team after a 17-month absence in a 4-1 win against Jamaica on Thursday in Wiener Neustadt, Austria.

Sergiño Dest scored his first goal in his sixth match in the 34th minute and Brenden Aaronson made it 2-0 in the 52nd before Jamaica's Jamal Lowe halved the deficit in the 70th minute. Sebastian Lletget scored in the 83rd and 90th minutes to seal the win.

Pulisic made his first international appearance since facing Canada on Oct. 15, 2019. When the U.S. plays Sunday against Northern Ireland, it will be one day shy of five years since he made his debut versus Guatemala on March 29, 2016. Injuries, commitments to Chelsea and an abbreviated U.S. schedule in 2020 because of the COVID-19 pandemic kept him out of the U.S. lineup, where he has 14 goals in 35 matches.

Aaronson replaced Pulisic at the start of the second half. The move paid off when Josh Sargent lost his man with a spin move on the left wing and found Aaronson for his second goal in three games.

20-year-old Brenden Aaronson gets in on the action ⭐️ pic.twitter.com/QjgukAbiS5

Among the starters was 18-year-old Yunus Musah, who played his third game and first since committing to the U.S. over England. The New York-born midfielder, who plays for Spain's Valencia, assisted on Dest's goal. Dest was coming off a two-goal performance for Barcelona against Real Sociedad. He continued his form with a strike to the upper right from 30 yards.

The U.S. was in control until the Jamaicans broke through on the counter. Andre Gray slid a pass between defenders and Lowe, one of six newcomers to start for the Jamaicans, chipped the ball over Zack Steffen to make it 2-1.

Lletget restored the two-goal lead by slotting a shot from 17 yards following a set-up by Nicholas Gioacchini. He made it the final margin from a pass by Luca de la Torre.

Nice ball from Nicholas Giaocchini, fine finish from Sebastian Lletget to make it 3-1 for the !#USAvJAM pic.twitter.com/6wby9lRhtR

Didn't for get you Seba! Here's @SLletget's second of the night.