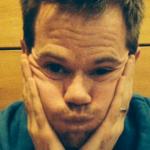 Robert Gordon September 26, 2014
Each week, The18 gives you the rundown of the top 5 things to watch in English Premier League fixtures. Since it’s Week 6, we’re giving you one extra (you lucky, lucky people).

Why six things instead of five? Well, maybe this week is just more important than others.

You have some beans. You take two beans away. You don’t add any more beans. How many beans are left? It doesn’t take the brain of Stephen Hawking to realize that if you lose two of something, and you don’t add two back, you have two less than you started with.

Such rudimentary mathematics, however, were apparently beyond the wit of Edward Woodward this summer. Having lost their two most decorated and experienced centre backs – Rio Ferdinand and Nemanja Vidic – United proceeded to acquire two left backs, a few midfielders and a striker. They’re now paying the price for their lop-sided transfer activity: Jonny Evans, Phil Jones and Chris Smalling are all injured ahead of this weekend’s clash with West Ham, while Taylor Blackett is suspended. Step forward occasional centre back Marcos Rojo and defensive midfielder Daley Blind.

If West Ham set about United with the sort of verve and flair they displayed against Liverpool last weekend, the Red Devils’ DIY back line could fall apart faster than an Ikea coffee table.

Jose has form here: following an ill-tempered 2012 Spanish Super Cup between his Real Madrid side and Barcelona, Mourinho deliberately mispronounced the first name of Tito Vilanova (the late Barcelona manager) in such a manner as to render it slang for “penis.”

Given the Special One only tends to mispronounce the names of fellow managers following losses or particularly fractious games, we suspect he’ll get “Paul Lambert” spot-on: Chelsea have scored 27 goals in their last seven Premier League home fixtures against Aston Villa.

Picking up just seven points from their first five games, Mauricio Pochettino has overseen Tottenham Hotspur’s slowest start to a Premier League season since Juande Ramos was manager back in 2008-09: the Spaniard was sacked a month later.

While sanity dictates that no manager should be feeling the heat after a meager five games in charge, this is Tottenham and Daniel Levy we’re talking about. The Spurs chairman is what a family-friendly Samuel L. Jacksons might call a “ruthless mother hubbard,” having sacked his way through seven managers in the last ten years.

We hope that Pochettino is given sufficient time. He was, after all, responsible for a Southampton side that last season played some of the most attractive football in the league, and he is already putting his stamp on White Hart Lane: Spurs have the third best possession rate in the league (vs. 9th for last year) and the 4th best pass success rate (8th last year), reflecting Pochettino’s preference for short-passing, possession-based football.

Pochettino is in a bullish mood ahead of his first North London Derby this weekend, declaring he wants to “write history”. The cards, however, are stacked against him: Spurs have won just twice away to Arsenal in the entire Premier League era.

Results at The Emirates won’t decide Pochettino’s fate, but a point or three from this weekend would be a welcome, albeit unlikely, fillip for the Argentine.

Speaking of the North London Derby, no player has scored more goals in the history of Arsenal vs. Tottenham fixtures than Emanuel Adebayor. Unfortunately for Pochettino, however, the Togolese striker has scored four times as many goals for the Gunners as for Spurs.  Expect him to go batsh*t mental if he does get his name on the score-sheet.

“Must-win” is a terribly glib and hackneyed phrase, so instead we’ll just say that Liverpool (and indeed Everton) could bloody well do with taking three points from this weekend’s Merseyside Derby. This time last year, Liverpool were joint top of the table and about to welcome back Luis Suarez from suspension (for biting, in case that wasn’t blindingly obvious). This year, they’re languishing in 12th and leaning heavily on 19-year old Raheem Sterling for goals.

As was the case throughout last season, silly mistakes at the back are costing Liverpool points: they’ve kept just one clean sheet in their last 11 Premier League games. But with Luis Suarez in Cataluña, Daniel Sturridge on the physio’s table and Mario Balotelli yet to hit his Premier League straps (including his City stint, he’s scored just one goal in his last 19 EPL games), a great deal of pressure is falling on the young shoulders of Raheem Sterling to make good their defensive deficit. Ahead of such an important Premier League fixture, it was therefore surprising to see the 19-year old play all 120 minutes of Liverpool’s mid-week cup saga against Middlesbrough.

Sterling has scored six goals and made three assists in his last 10 Premier League appearances. He’ll need to keep that going if Liverpool are to retain Champions League football.

6. Which Would Win In A Fight Between An Eagle And A Fox?

We’re pretty sure that the number of people who genuinely enjoyed Catwoman is eight times greater than the number who, at the start of the season, would have predicted Crystal Palace vs. Leicester City to be a mouth-watering encounter. And yet, without a great deal of exaggeration, that’s precisely what it is. The Eagles’ and The Foxes’ first five Premier League fixtures delivered 18 and 17 goals respectively (3.5 per game), including a 5-3, a 3-3 and a 3-2. Only Everton and Chelsea are responsible for more.