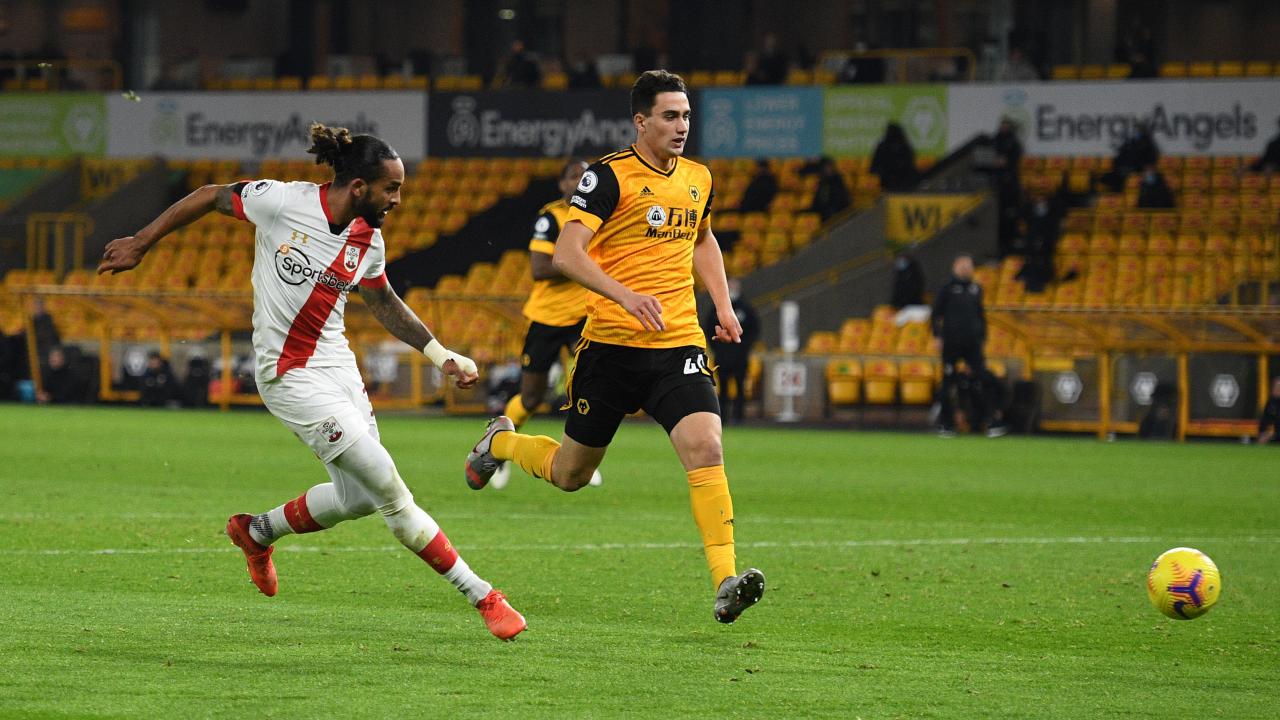 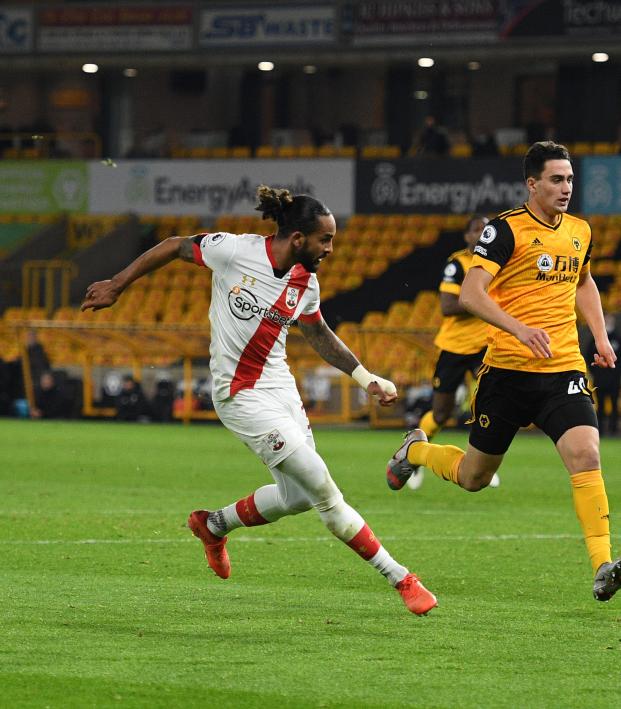 Reuters November 23, 2020
Southampton and Wolves played to a 1-1 draw at the Molineux.

Wolverhampton Wanderers' Pedro Neto came off the bench to cancel out a Theo Walcott strike for high-flying Southampton as the two sides battled to an entertaining 1-1 draw in their Premier League clash at the Molineux Stadium on Monday.

With defender Conor Coady's run of 119 consecutive league games for Wolves brought to an end when he was ruled out due to a close contact testing positive for COVID-19, the hosts looked shaky in defense as they shifted formation to a flat back four. However, it was Southampton's Alex McCarthy who was the busier of the two goalkeepers and he made a fantastic double-save from Nelson Semedo and Leander Dendoncker to keep the game scoreless at the break.

With Danny Ings out injured, Walcott played as a striker alongside Che Adams and it paid off when he rattled home a Che Adams center in the 58th minute to score his first goal for the club where he started his career since December 2005.

"It was a very tidy finish in the end, Che gave me the assist, I was pleased with my goal. It feels like a win, they play some fantastic football and it's a really good point," Walcott told Sky Sports following the final whistle.

The ex-Arsenal man spurned a great chance to make it 2-0 six minutes later and it was to prove costly as Wolves fought back, Raul Jimenez striking a post in the 75th after good work by Joao Moutinho before Neto reacted quickest to slam the ball home.

The home side had the better chances but there were no more goals and the stalemate leaves Southampton fifth on 17 points, three behind pacesetters Tottenham Hotspur and Liverpool, while Wolves rise to ninth on 14 points after nine games. Wolves boss Nuno Espirito Santo was happy with a point.

"We try to be solid and we managed that. Let's see if we play a back four again, (but) that's not the point. We should analyze what we have and try to improve it," he told Sky Sports.

Southampton's good start to the campaign and Walcott getting on the scoresheet in the Premier League for the 14th straight season appears to have whetted the forward's appetite for more.

"A lot of teams won't want to play against us. We have trust as a unit, we want to play together and that's the way we are. We want to win games," added the 31-year-old.