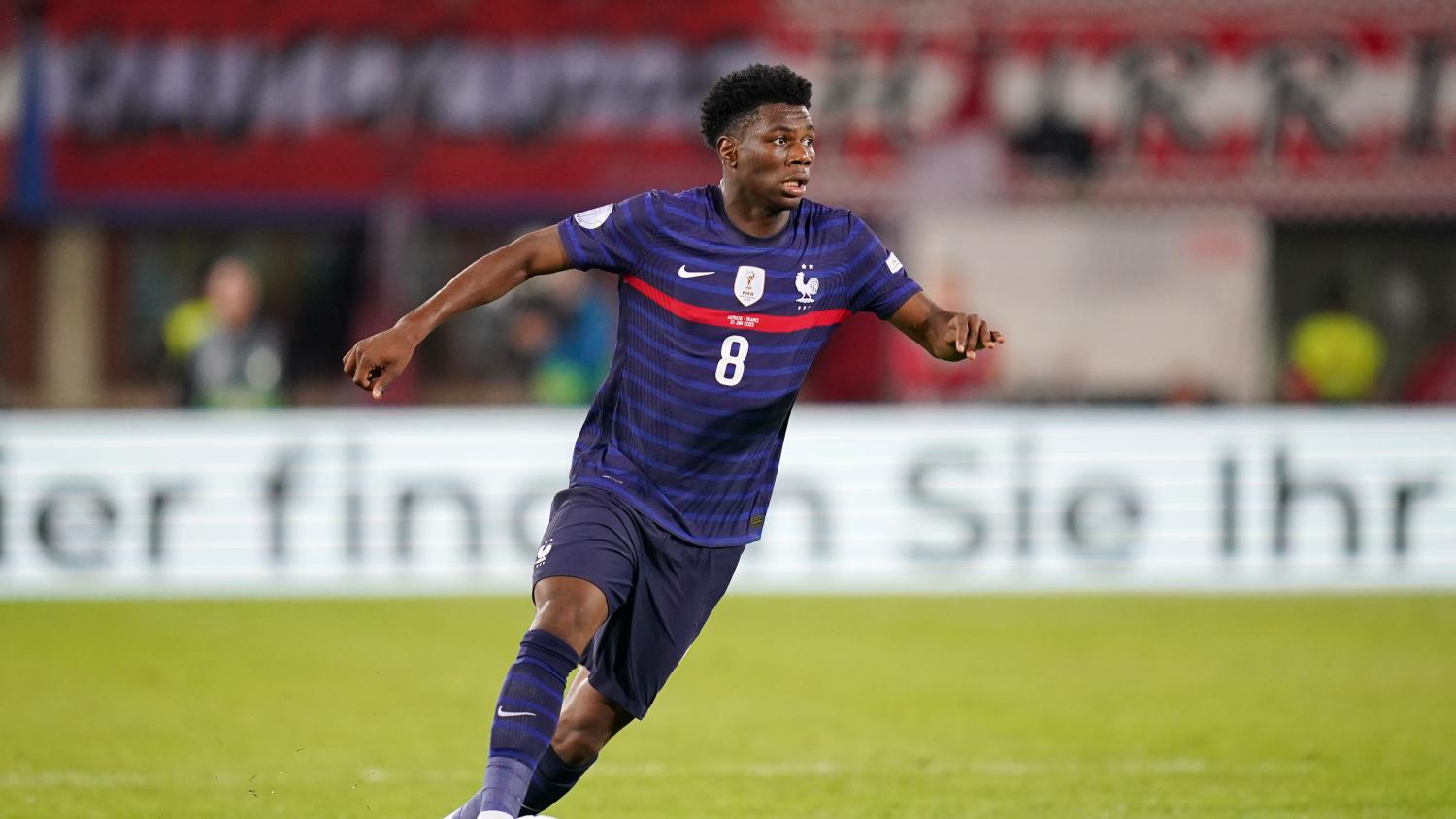 The defensive midfielder had also garnered interest from Liverpool and PSG.
Getty Images

Real Madrid have reached an agreement to sign French midfielder Aurelien Tchouameni from AS Monaco on a six-year deal, the two clubs announced on Saturday.

The French international, 22, will join the European champions for a fee of some 80 million euros ($84.12 million) with another 20 million in add-ons, according to media reports.

Official and here we go confirmed. Aurelién Tchouaméni joins Real Madrid on a permanent deal from AS Monaco for €80m plus €20m add-ons. ⚪️ #RealMadrid

Real said they would host a presentation ceremony for Tchouameni on Tuesday following a medical examination.

Tchouameni will become the second most expensive sale in Monaco's history behind only Kylian Mbappé, who signed with Paris St Germain for 180 million euros in August 2017.

Named Ligue 1 Young Player of the Year in 2020-21 after joining Monaco from Bordeaux for 16 million euros, Tchouameni was in high demand, with Liverpool and PSG also bidding to sign him.

Real Madrid, who had been negotiating with the player since March, got the deal done ahead of the competition.

Considered to be one of soccer's most exciting young talents, Tchouameni is already a regular in France's national team and was part of the starting 11 in last year's Nations League final against Spain.

He racked up 50 appearances for Monaco across all competitions in 2021-22, with five goals and three assists.

Capable of playing both as a defensive and center midfielder, Tchouameni will strengthen a stellar but ageing Real Madrid midfield led by Luka Modric, 36, Toni Kroos 32, and Casemiro, 30.

He will join fellow France midfielder Eduardo Camavinga, 19, who signed for Real in Sept. 2021 from Rennes in a deal worth up to 40 million euros.