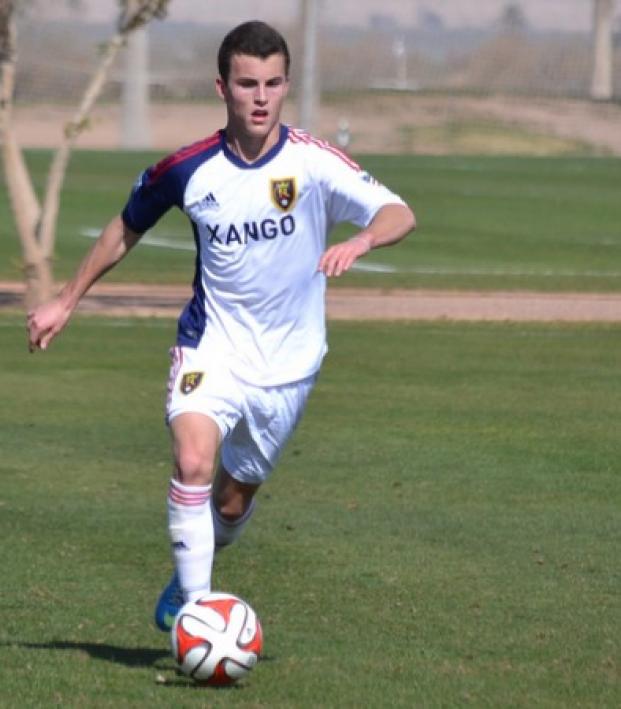 Sam Klomhaus July 2, 2015
Liverpool spent the last season in need of a striker. Could Brooks Lennon be their striker of the future?

After losing Luis Suarez to Barcelona, Liverpool have been in need of a dangerous striker to score goals for them.

Luckily, that striker may be on his way, and he's American.

Seventeen-year-old Brooks Lennon plays for the Real Salt Lake academy, but he's been training on and off with Liverpool since 2013.

Due to weird FA rules about non-EU players, it's been hard for Liverpool to actually sign Lennon, but supposedly he has an Irish passport on the way, which should clear any remaining hurdles.

Lennon has ripped it up whenever he's played for the Liverpool reserve teams, and has looked good for U.S. development squads. If he can stick at a big European club like Liverpool, it could be the sign that U.S. soccer has arrived.

Plus, Liverpool need a striker. Daniel Sturridge can't stay healthy, and even though Liverpool have been on a spending spree, it would only take a few injuries for Lennon's name to be called. And, as anyone who has watched a sports movie knows, sometimes you just need one chance.

Unrelated: how cool will it be to have a Liverpool jersey with the last name "Lennon" on it?