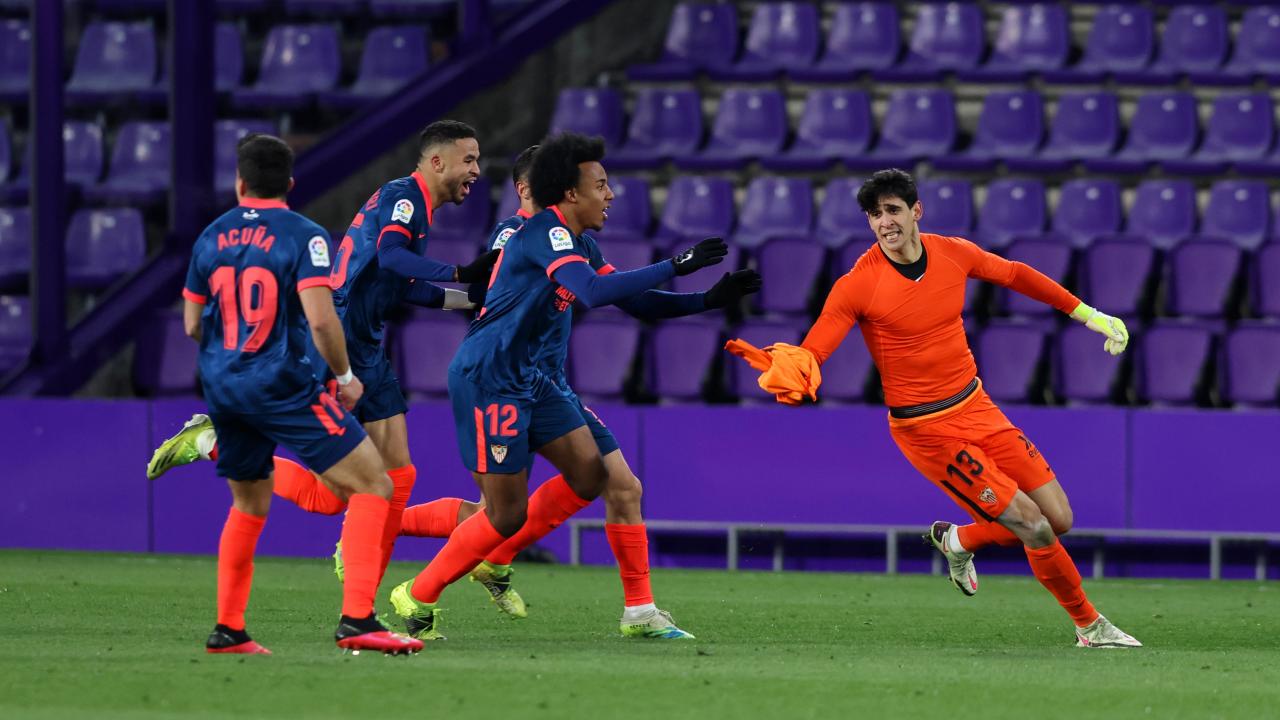 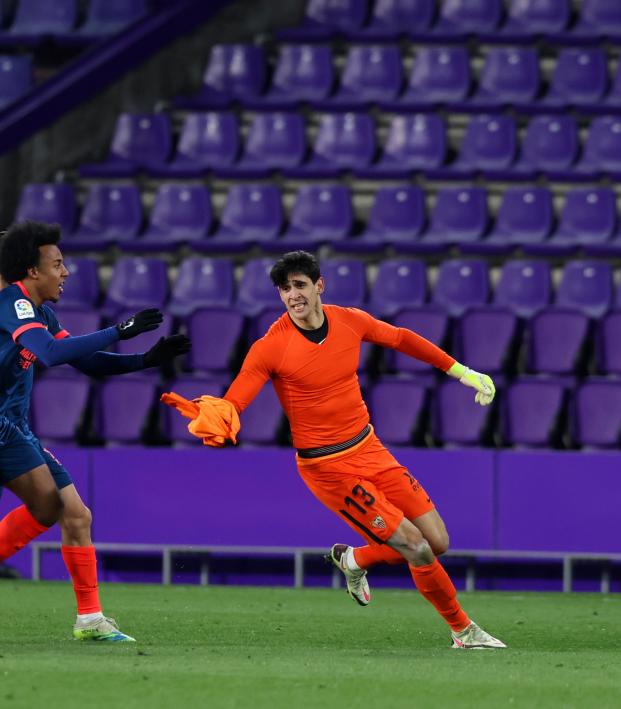 Goalkeeper Bono was Sevilla's unlikely hero as they snatched a 1-1 draw at struggling Real Valladolid in LaLiga on Saturday thanks to his strike deep in stoppage time.

Chilean midfielder Fabián Orellana put the hosts in charge with a 44th minute penalty after forward Shon Weissman had been barged over by Sevilla defenders Diego Carlos and Karim Rekik.

Sevilla striker Luuk de Jong missed two chances to level in the second half, heading against the woodwork from point-blank range and then glancing a Suso cross wide of the far post. Instead it fell to Bono to get Julen Lopetegui's side out of jail, the keeper showing composure to side-foot home a low cross from Jules Koundé after a goalmouth scramble following a corner, becoming the first keeper to score in open play in LaLiga in more than a decade.

A GOAL FROM THE GOALKEEPER!!

A wild finish as Sevilla snatch a point with Bono going up and scoring this last-second equalizer! #RealValladolidSevilla pic.twitter.com/jiLc6OU4Et

Sevilla stay fourth and move to 55 points, 10 ahead of fifth-placed Real Sociedad who host Barcelona, in third on 59 points, on Sunday. Valladolid would have climbed to 14th with a victory but instead stayed 16th, four points clear of the relegation zone.

"It's incredible, it's difficult to describe and I didn't know how to celebrate," said the Moroccan. "You do your job in your own goal and it's very strange to see yourself up in the other box."

Bono is not the first goalkeeper to score in LaLiga this season, as Eibar's Marko Dmitrović netted from the penalty spot in a 2-1 defeat by Atlético Madrid in January. The last keeper to score in open play in the league was Deportivo La Coruña's Dani Aranzubia, who struck to force a 1-1 draw against Almería in February 2011.

Bono added: "Two years ago when I was at Girona I almost scored. I was reminded of that today and I looked at the dugout and the boss told me to get up there. The ball just fell to me, I did what I did and I'm very grateful."