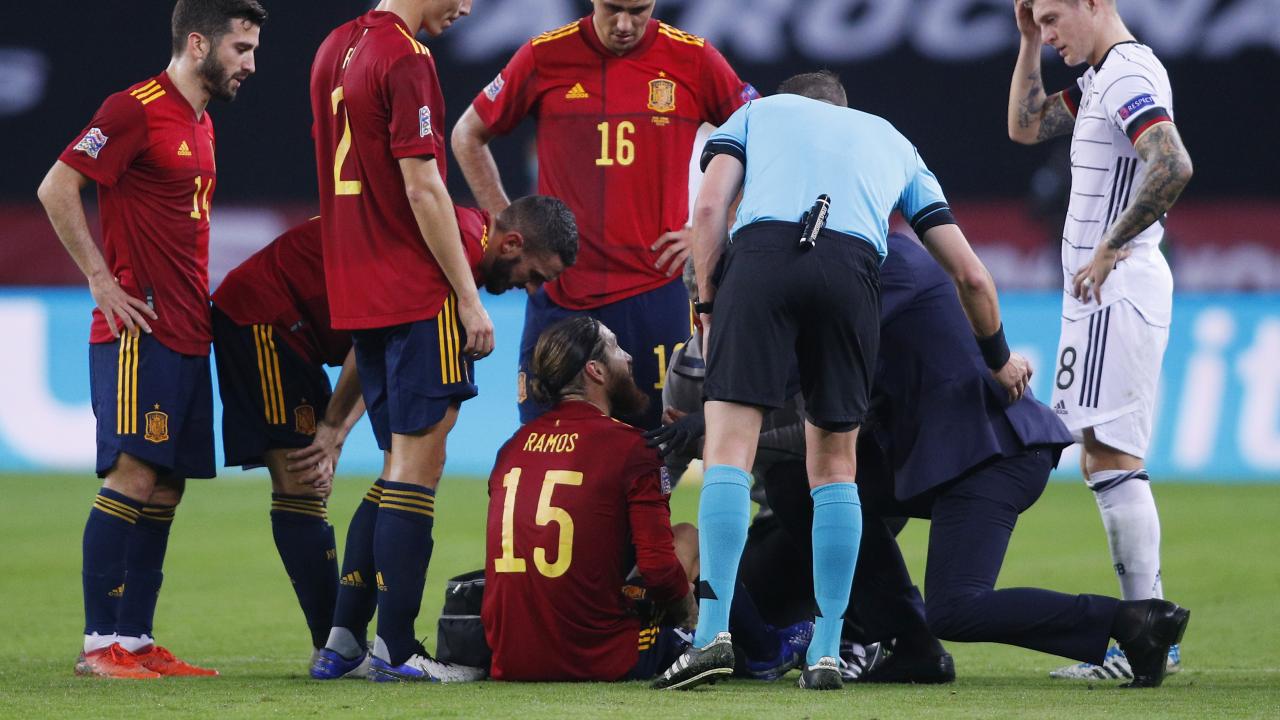 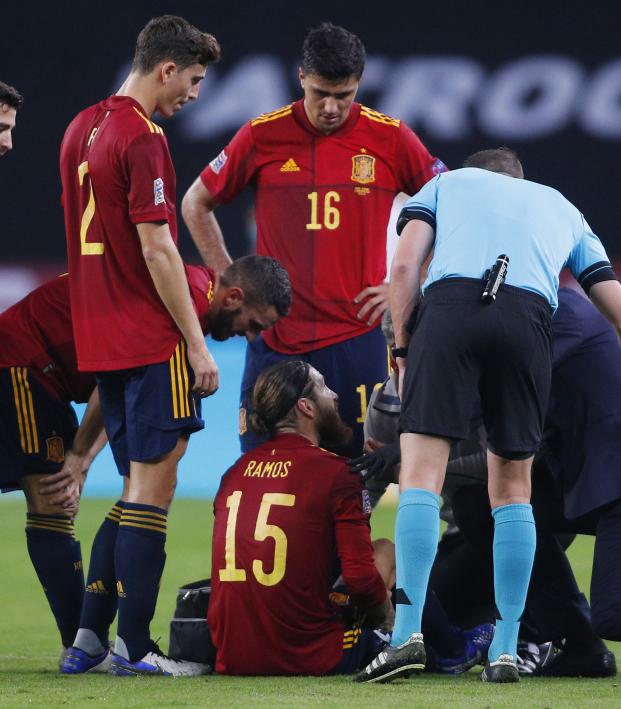 Real Madrid are set to be without captain Sergio Ramos for their Champions League trip to Inter Milan after they confirmed on Thursday that he suffered a hamstring injury on international duty with Spain.

Ramos was substituted in the first half of the team's 6-0 thrashing of Germany on Tuesday.

"After undergoing tests under the supervision of Real Madrid's medical team, Sergio Ramos has picked up a hamstring problem," Real said in a statement.

Local media reported that Ramos will miss the visit to high-flying Villarreal in LaLiga this weekend and the Champions League trip to Inter Milan next week. Real's record without their captain is poor, having lost seven of the last eight Champions League matches in which Ramos has not played.

His central defensive partner Raphael Varane is also set for a late fitness test on Friday, having damaged his shoulder while representing France during the international break. Nacho Fernandez will also be assessed after limping off in last month's Clasico victory over Barcelona.

There was better news for the 13-times European champions with defender Eder Militao recording a negative COVID-19 test. The Brazilian, forward Eden Hazard and midfielder Casemiro have been given the all-clear to resume training after testing positive before the international break.

Real face a grueling schedule with games against Alaves, Shakhtar Donetsk, Sevilla, Borussia Moenchengladbach and Atletico Madrid over the next three weeks.