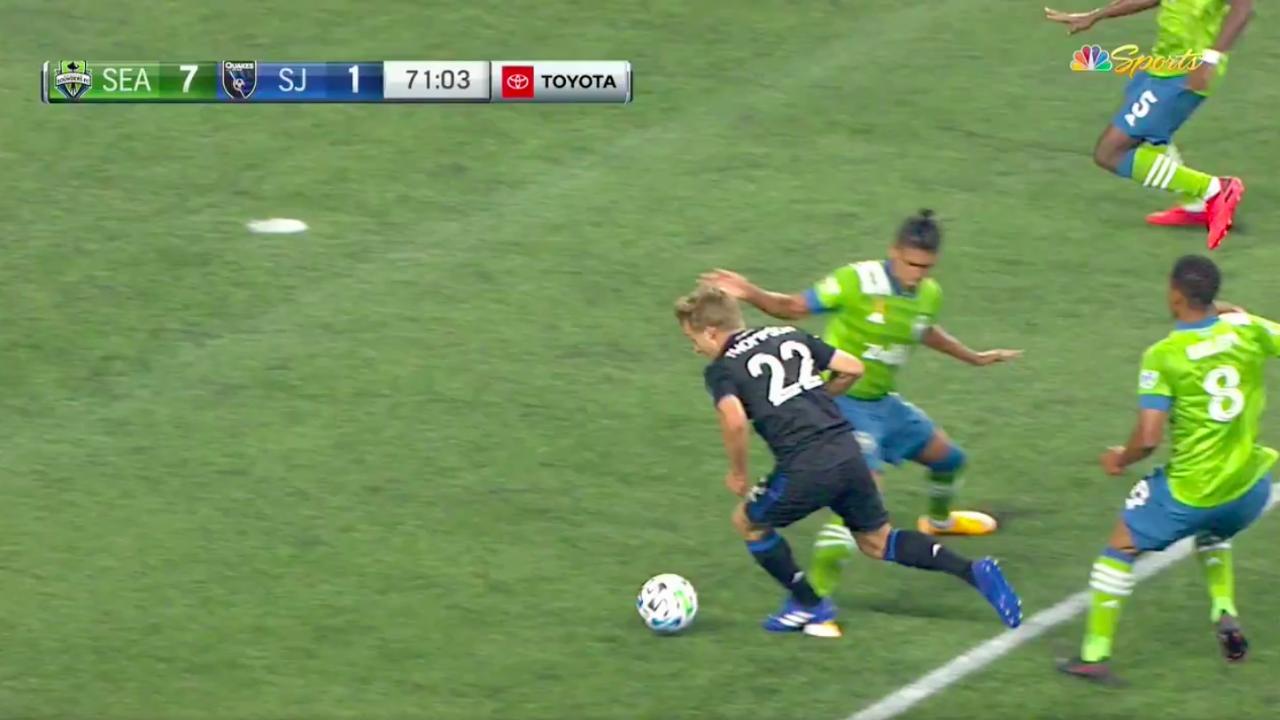 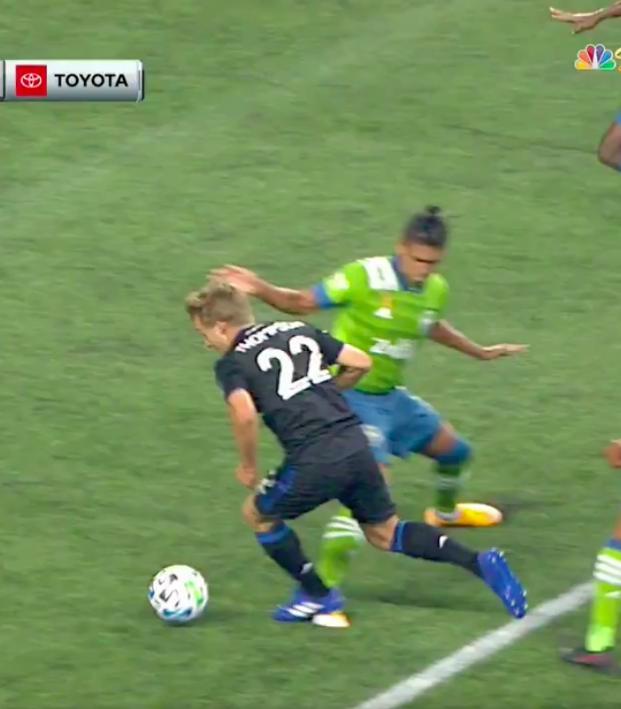 Reuters September 11, 2020
Of Chris Wondolowski’s 163 MLS goals, this one was the most meaningless.

Raúl Ruidíaz and Joevin Jones each had two goals and two assists and the defending MLS Cup champion Seattle Sounders scored four times in the opening 20 minutes en route to a 7-1 victory against the visiting San Jose Earthquakes on Thursday night.

Jordan Morris had a goal and three assists, and Kelvin Leerdam and João Paulo also scored for the Sounders (5-2-3, 18 points), who moved into first place in the Western Conference. Seattle extended its unbeaten streak against San Jose to 11 consecutive regular-season matches (6-0-5) dating to 2015.

Chris Wondolowski scored on a penalty kick in the 71st minute as the Earthquakes (2-4-3, nine points) avoided the shutout. Wondolowski extended his all-time MLS goal-scoring record to 163.

This is not a foul. pic.twitter.com/7T4fwCrZxx

Morris opened the scoring in the fourth minute, taking the ball at midfield and dribbling down the middle of the field and past two defenders until he reached the penalty area. He put a 12-yard, left-footed shot past diving San Jose goalkeeper Daniel Vega and just inside the left post.

Ruidíaz made it 2-0 in the 12th minute. Nicolás Lodeiro drove to the end line on the right wing before cutting the ball back to Ruidíaz, who pounded it into the net from about 4 yards out. Jones also got an assist on the play.

Leerdam scored in the 15th minute, taking a pass from Jones and beating Vega with a right-footed shot from the top of the 18-yard box.

Jones scored in the 20th minute after three Seattle players got behind the San Jose defensive line for a breakaway. Ruidíaz passed to Jones, who tapped it into an open net from close range.

Ruidíaz took a through ball from Morris in the 33rd minute and chipped a 15-yard shot over Vega to make it 5-0.

The Sounders scored twice more in the opening 14 minutes of the second half.

Paulo took a pass from Leerdam and put a 15-yard shot into the lower left corner of the net in the 48th minute.

Jones scored his second in the 59th minute, taking a pass from Morris and putting a 10-yard shot into the upper left corner to make it 7-0.

A night we will never forget at @CenturyLink_Fld!