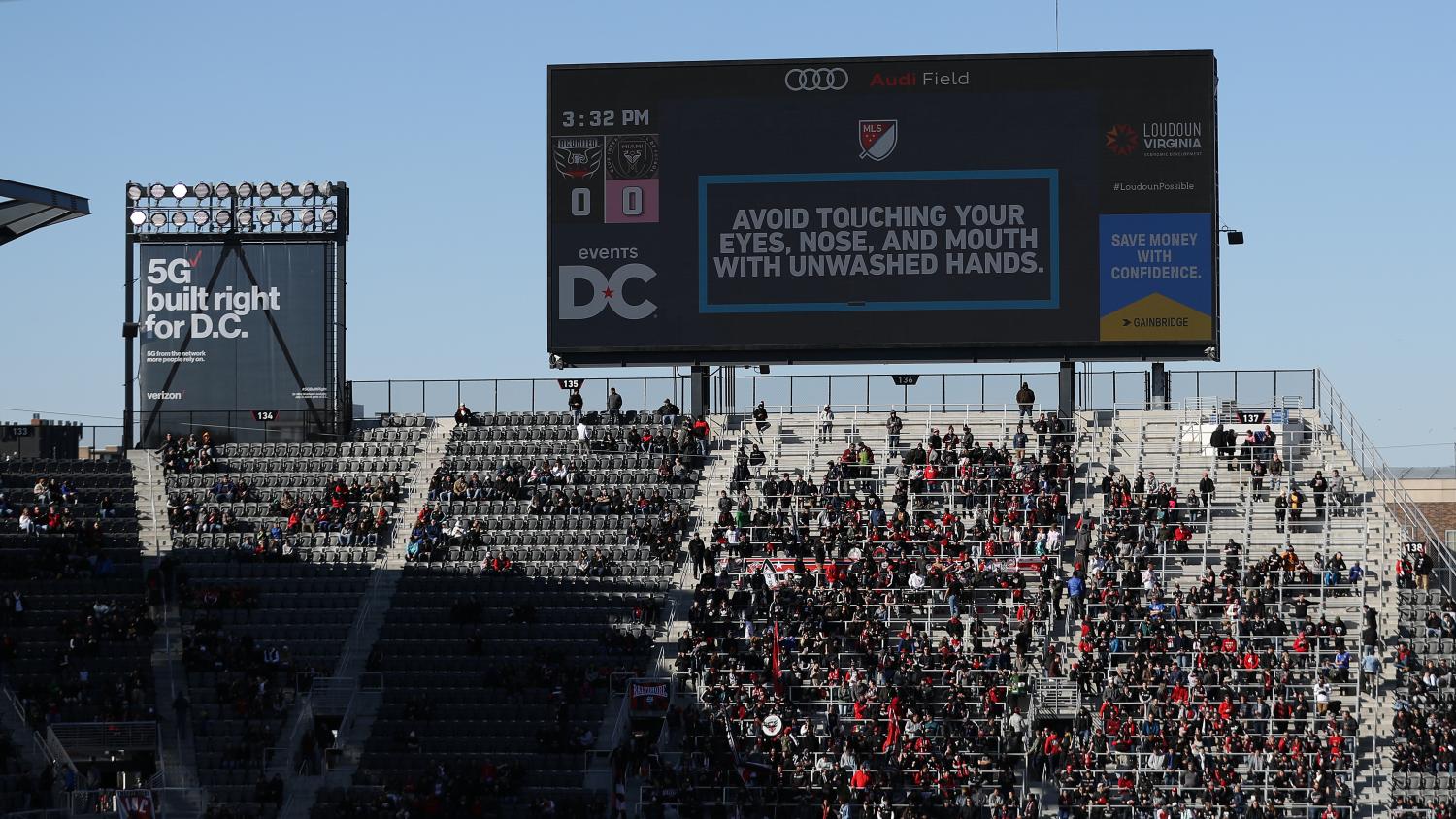 The Seattle Sounders have postponed their home match with FC Dallas.
Getty Images

In Europe, various football leagues are either suspending play until further notice, playing in empty stadiums or banning pre-match handshakes because of the spread of the Coronavirus. Now it is MLS’s turn to take precautions.

The match between Seattle Sounders and FC Dallas at CenturyLink Field in Seattle on March 21 has been postponed. This comes after Washington governor Jay Inslee banned events with more than 250 people in three Washington counties, including Seattle.

This isn’t the first sporting event in the U.S. affected by the virus. Several college basketball tournaments have been canceled and the Golden State Warriors of the NBA announced that future games will be behind closed doors.

Breaking: The Warriors are planning to play foreseeable home games without fans in observance of the San Francisco Health Office's order prohibiting group events of 1,000 or more persons, a league source tells @wojespn.

Their next home game is Thursday against the Nets. pic.twitter.com/TjPzT1Ppvf

The Ivy League has canceled its upcoming basketball tournaments due to the coronavirus outbreak.

As regular-season champions, Yale will represent the league in the NCAA men's tournament, while Princeton will play in the women's tournament. pic.twitter.com/XRpfMr1QiW

Statement regarding the 2020 CBI pic.twitter.com/5SPabjpC1V

The Sounders are the first MLS team to announce a postponement. It is more than likely that other teams will follow. As of Wednesday afternoon, Washington and New York are the only two states with more than 200 confirmed cases. New York City FC has made no announcement as to whether its games will be postponed or played in an empty stadium.

NYCFC is hosting Liga MX side Tigres on Wednesday night in the Concacaf Champions League. The match is being played at Red Bull Arena because of issues with playing at Yankee stadium.