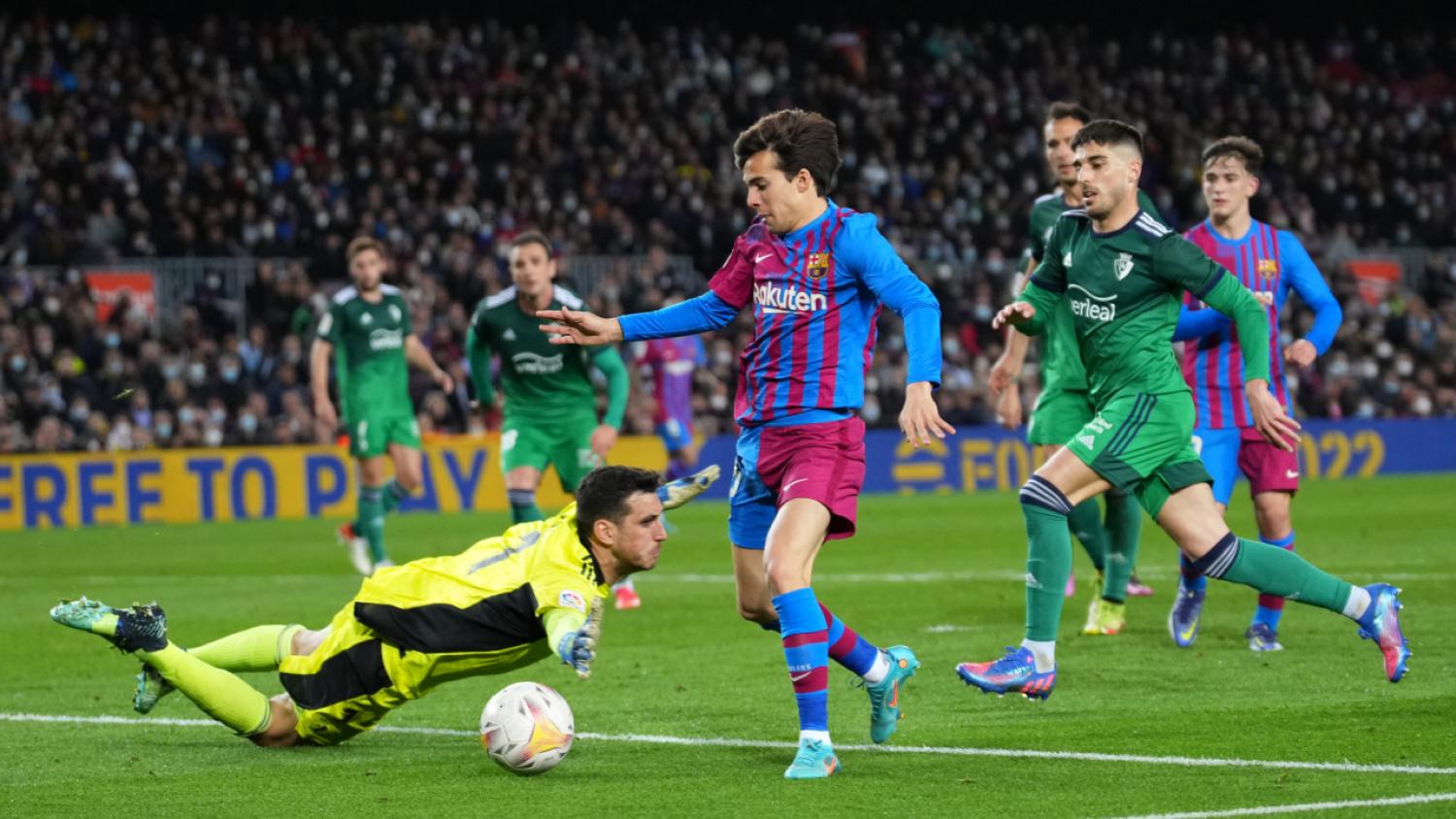 Riqui Puig is going to get Chicharito on Mexico's plane to Qatar.
Getty Images

Multiples sources have now confirmed that the Riqui Puig LA Galaxy contract has been agreed to, with the 23-year-old joining from Barcelona on a free transfer despite still having one year left on his contract at the Camp Nou.

Barça manager Xavi told Puig back in May that he wasn't part of the club's midfield plans for the new campaign, and after being left off the team's preseason tour of the United States, the "next Iniesta" has signed a three-year deal ahead of the MLS transfer window closing Thursday.

Barça's one win — apart from offloading his salary — is including a sell-on clause in the deal.

Manager Greg Vanney has utilized a 4-2-3-1 this season with the 35-year-old Víctor Vázquez contributing zero goals and two assists in 17 appearances; Puig would shine there. He could also play a deeper role in central midfield in a 4-3-3, which would spell trouble for former U.S. international Mark Delgado or Rayan Raveloson.

The calls for Chicharito to make Mexico's World Cup squad are only going to increase when Puig starts pulling the strings.

Puig isn't an unknown commodity with 42 LaLiga appearances to his name, although he's only started 11 matches over that four-year period. We've seen enough to know that Puig is a sublimely skillful midfield operator who'll be on an entirely different level to the vast majority of his peers in MLS.

Just look at this brilliant assist by RIQUI PUIG! The future is here. #ForçaBarça pic.twitter.com/4CD25hiPhy

But he does arrive with the unfair label of having failed to achieve his promise at Barcelona. Puig certainly isn't the first hugely hyped La Masia graduate to arrive in MLS with this tag — Giovani dos Santos, Vázquez and Bojan Krkić all fit the bill as well.

There's a special storm of ingredients that meets any Masia product when he makes the leap to the first team, where they're adored and preferred by Culés but constantly battling the professional strain of being a teenager who needs to perform consistently while the club's wheelings and dealings in the transfer market introduce stiff competition in an XI that's expected to challenge for a continental treble each season.

The Camp Nou call for an injection of "Barça DNA" into the team is always fierce, but the players who actually last are few and far between.

Puig became a fan favorite after leading Barcelona to the 2017-18 UEFA Youth League title, and his senior debut included a beautifully crafted assist through a forest of defenders. He made five starts in 2019-20 as the club cycled through Ernesto Valverde and Quique Setién, but the Puig narrative really took off with the appointment of Ronald Koeman ahead of the 2020-21 season.

Things quickly turned sour under the former club legend, and Puig's lack of minutes became a kind of proxy war that enhanced the young midfielder's reputation without ever seeing him grace the pitch.

Koeman was lambasted for handing sparing minutes to the likes of Miralem Pjanić and Philippe Coutinho over Puig, but the Dutch boss maintained that he had no problem with the young talent (although it was rumored that Koeman had outed Puig as the locker room leak) — he just viewed Sergio Busquets, Frenkie de Jong, Pedri, Gavi and Nico González as the team's strongest midfield options.

He encouraged Puig to leave on loan for playing time, but Barça fans cheered when Puig refused and declared his intent to fight for a place. The sentiment was overwhelmingly "Free Riqui" and "Sack Koeman" when Joan Laporta finally pulled the trigger and quickly brought in Xavi, but after nine months in charge the 42-year-old has effectively came to the exact same conclusion as Koeman.

Puig's ceiling isn't as high as Pedri, Gavi or Nico's, and Franck Kessié also joined on a four-year deal from AC Milan. His exit at this stage last season would've been viewed as an unforgivable blunder by Koeman, but there's no such noise this time around.

It's surprising that some muted interest from Serie A never amounted to any sort of formal bid, but Puig is seizing upon a previously stated desire by joining Los Angeles: He wants to "feel like a footballer again" by actually playing and receiving minutes.

The Galaxy play in the Leagues Cup Showcase against Chivas on Wednesday night at SoFi Stadium, and then you wouldn't expect Puig to play a part in Saturday's trip to Kansas City. However, he could make his debut against the Vancouver Whitecaps at home on Saturday, Aug. 13. There's a very interesting one after that against Seattle on Aug. 19 at Dignity Health Sports Park with coverage on ESPN.