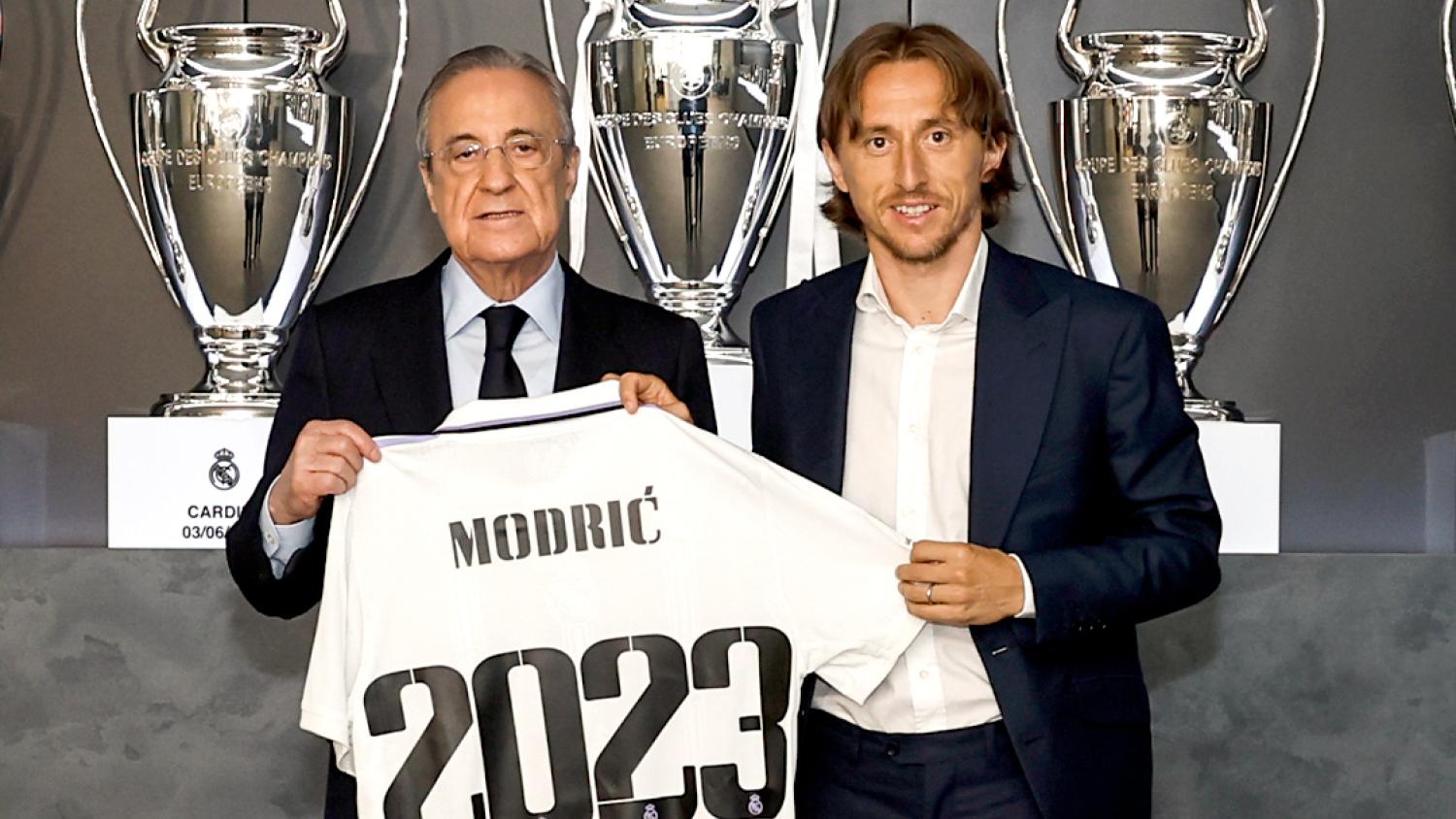 Modrić made 45 appearances for Real last season and shows no signs of slowing down.
@realmadrid | Twitter

MADRID - Croatia midfielder Luka Modrić has signed a one-year contract extension with Real Madrid and will stay at the European champions at least until June 2023, the club announced on Wednesday.

The announcement was made not long after the 36-year-old won his fifth Champions League title in a decade with the LaLiga champions. He also won the Ballon d'Or in 2018.

It is the second year in a row that Modrić has signed a one-year extension with Real as his current contract was set to expire at the end of June.

Modrić has played 436 games in all competitions for Real, scoring 31 goals and providing 73 assists. He is the 20th player with the most appearances in the club's history, two behind Cristiano Ronaldo.