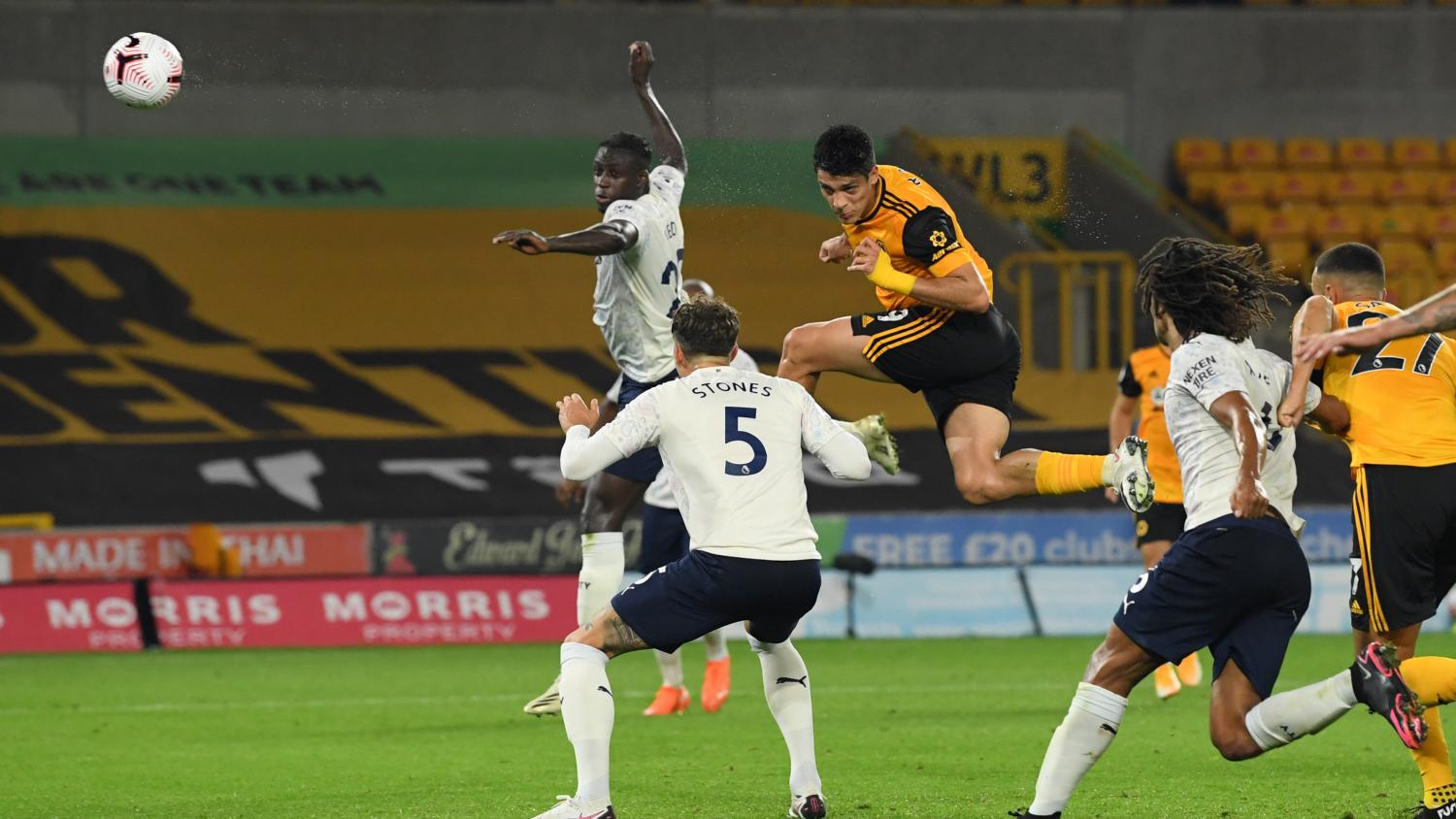 After defeating Manchester City in both their meetings last season, many predicted another trial by fire for Pep Guardiola’s side against Wolves at the Molineux on Monday night, especially so with Nathan Aké and John Stones anchoring City’s backline.

But the opening 45 minutes was a master class in command from the Sky Blues (although looking very much like the Lilywhites) with Rodri and Fernandinho protecting the backline and Kevin De Bruyne, Phil Foden and Raheem Sterling playing in perfect harmony.

Wolves looked decidedly tame in the opening period as Raúl Jiménez struggled to get a touch and Adama Traoré found himself roadblocked, but City’s opening goal in the 20th minute was bestowed on them by defender Romain Saïss.

Foden, who completed 100 percent of his passes in the first half, released De Bruyne just inside the area with a perfectly weighted ball, but as the Belgian advanced harmlessly toward the end-line, Saïss went straight through him with a sliding challenge.

Last season’s PFA Player of the Year made no mistake from the spot.

12 minutes later, the advantage was doubled via a vintage City goal. De Bruyne played through Sterling, and he picked out Foden with a cutback for the easy finish.

The second half was a lot brighter for Wolves with Traoré driving at Benjamin Mendy and picking out crosses for both Daniel Podence and Jiménez, but neither could steer their respective efforts on frame.

However, Wolves did pull one back in the 78th minute after Podence nutmegged De Bruyne before whipping a cross for Jiménez to snap beyond Ederson.

When Wolves pulled within one...

Wolves went in search of an equalizer, but it was City that found the game’s final goal in the dying embers through Gabriel Jesus.

And here's the goal that sealed it for City. pic.twitter.com/zxWfBwSxE1