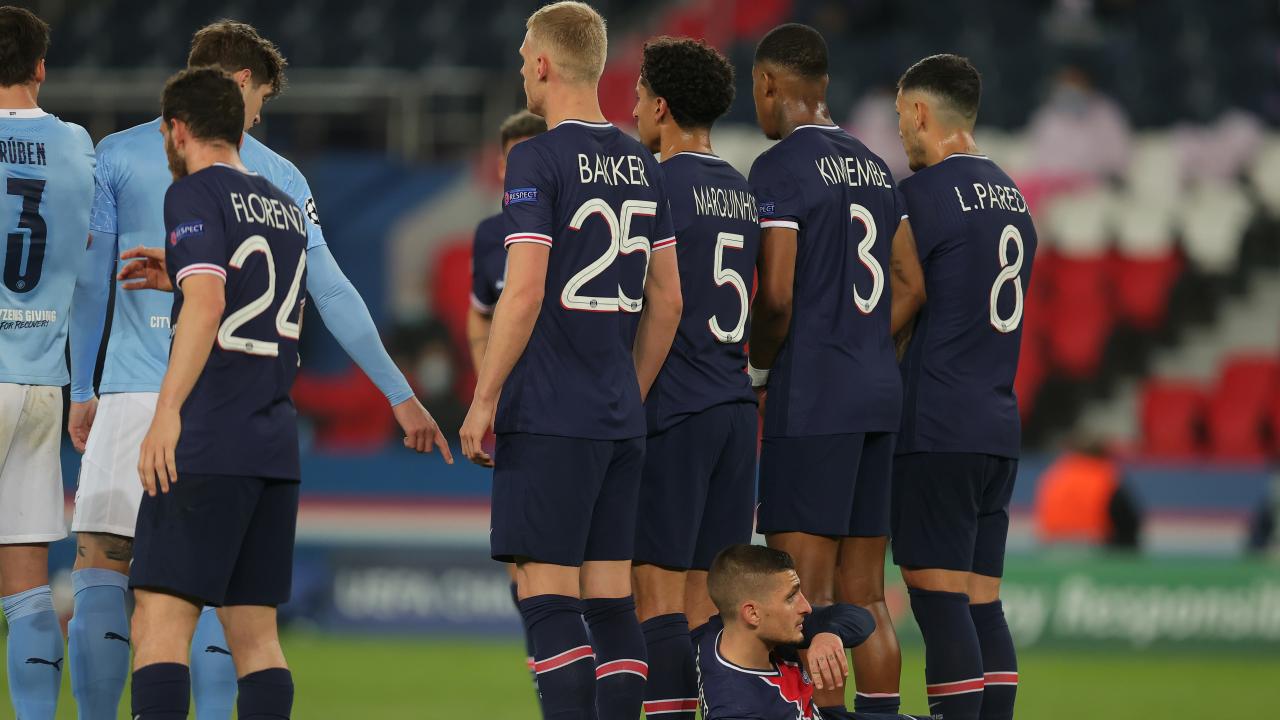 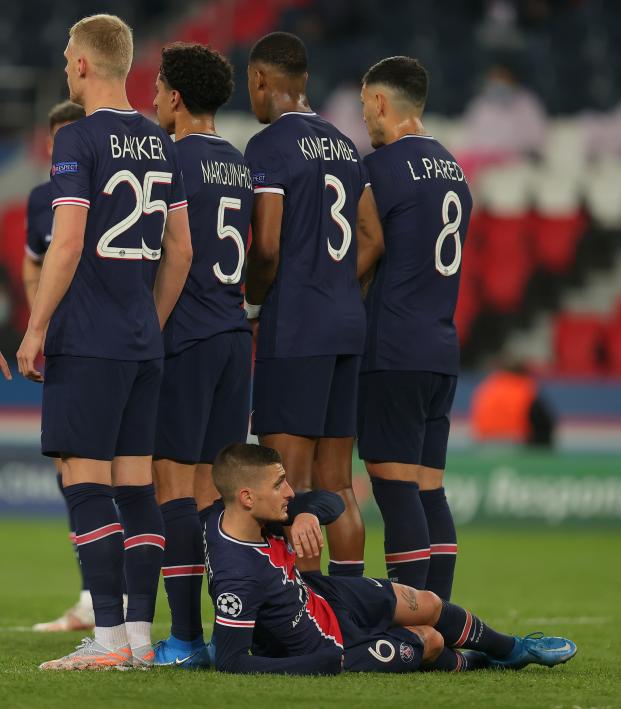 Hole In The Wall: PSG Crumbles In Second Half

It looked like PSG was cruising. The first half went just about as well as Mauricio Pochettino could have hoped, with PSG leading by a goal, looking dangerous whenever it attacked and rarely troubled by Manchester City. One wonders what Poch said to his charges at halftime, because it all fell apart in the second 45, much like the PSG wall that completely failed to defend a Riyad Mahrez free kick.

Pep Guardiola’s Manchester City stuck to the script for a full 90 minutes, and it paid off with a remarkable turnaround for a 2-1 win in the first leg of the Champions League semifinals on Wednesday in Paris.

The key moments of the match came six minutes apart in the second half, when PSG’s pathetic wall was breached by Mahrez and Idrissa Gueye was sent off with a straight red card, giving City a massive advantage heading into the second leg on Tuesday back in Manchester.

PSG led 1-0 at the break after Marquinhos headed in a corner kick in the 15th minute. The Parisians were poised and in charge, giving City possession but few chances, with Neymar and Kylian Mbappé flying high with confidence. But City took control of the tie with an assured second half, essentially sucking the life out of PSG, even if the two goals were a bit fortunate.

Kevin de Bruyne equalized in the 64th minute with one of those cross-shots that are so hard for a goalkeeper to defend. By the time Keylor Navas realized no one was getting a head to the ball, his scramble to his far post was too late.

Then came the worst piece of defending in a wall that doesn’t include Cristiano Ronaldo.

Mahrez lined up a free kick from about 26 yards out and somehow found a gaping hole that formed in the wall between Presnel Kimpembe and Leandro Paredes, leaving Navas little chance to recover as City took the lead.

Seriously, look at that hole in the PSG wall. Navas has to be furious with his defenders.

Riyad Mahrez finds the hole in the wall. pic.twitter.com/v7EBmiicHr

The course of events would only worsen for the home side. Six minutes later, Idrissa Gueye’s studs caught the leg of Ilkay Gündogan, resulting in a straight red card. Gueye, arguably PSG’s best defensive midfielder, will miss the second leg next week.

PSG go down to 10-men pic.twitter.com/aNtgPCGqKk

PSG fans will argue KDB should’ve been sent off for a similar challenge later in the match, but Pochettino’s players have only themselves to blame for the miserable collapse.