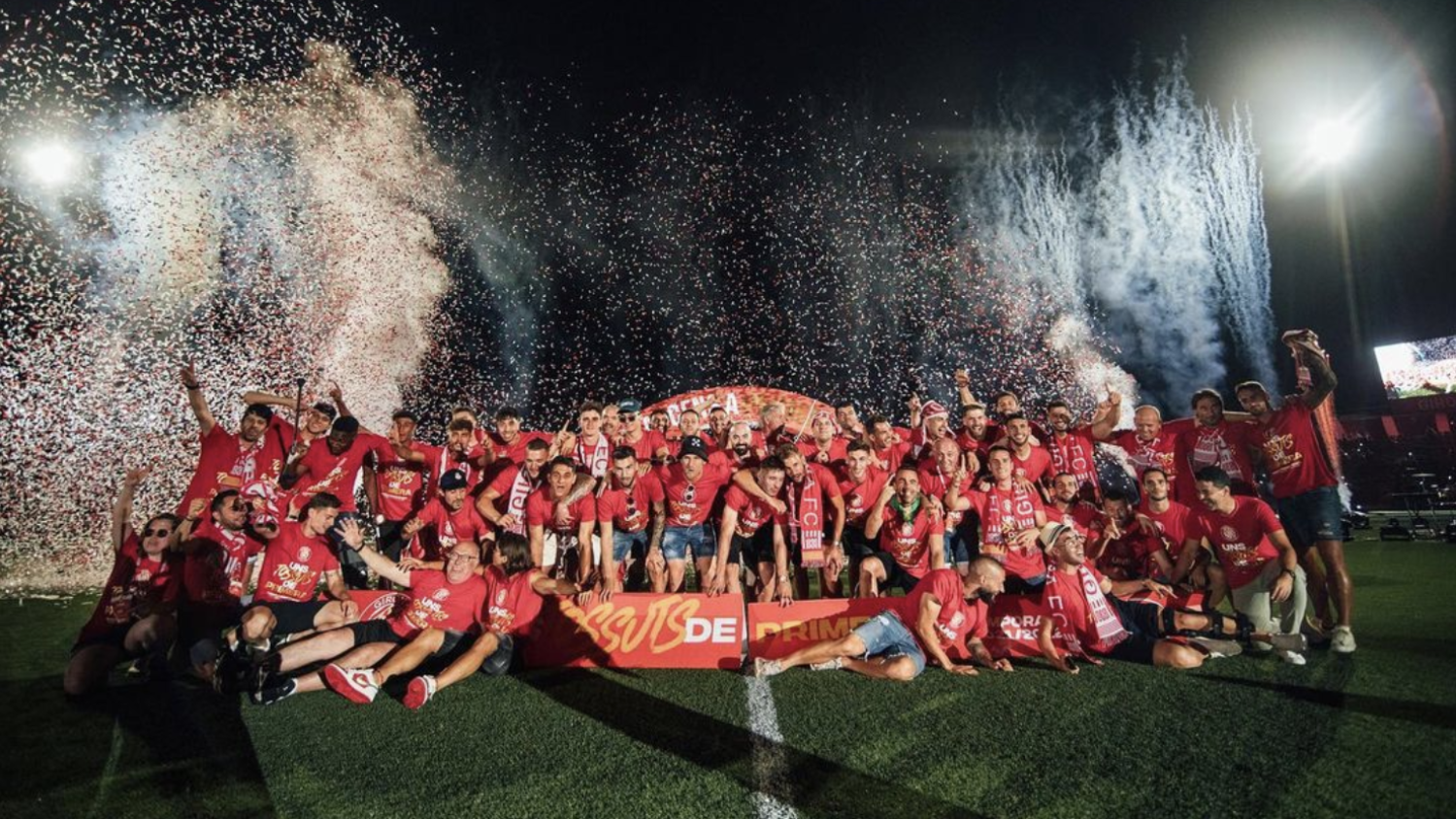 Three new teams are joining LaLiga this season, so let's meet them and learn how they got to this point.
@gironafc | Instagram

Another season is complete meaning the annual revolving door that is promotion and relegation in Spanish professional soccer is back. With an intense three-way title fight and a chaotic and unpredictable promotion playoff, let's meet the three new teams in LaLiga and learn how they got to the first division.

After a seven-year wait, Almería is finally back playing with the big boys in Spain. Almería emerged victorious by the slightest of margins as it managed to win the league title on the season's final day. After its 2-2 draw with CD Leganés, Almería and Real Valladolid finished the season level on 81 points; Almería was declared champion based on head-to-head results.

On the attacking front, the Rojiblancos had the second-best goal tally in the league spearheaded by Umar Sadiq. The Nigerian forward led Almería in both goals and assists scoring 18 goals in the league and assisting 12. Combine that with the best defense, conceding just 35, six less than the next closest team, and you have a recipe for success. The 18-year-old Brazilian center back Kaiky joined from Santos for $7.7 million along with nine other signings, all under $4 million, with the majority being free transfers to strengthen defensively. With the addition of this bargain talent, Almería could surprise some people, but it won’t be given a warm welcome as it hosts Real Madrid on the opening day of the season.

With every miracle in sports, there is heartbreak, and Real Valladolid is the unfortunate recipient of that heartbreak. There's some consolation that it still earned direct promotion to the first division, but coming second in the league never feels good. The side is currently majority-owned by Ronaldo Nazario, who oversaw relegation in 2020, and just two years later, they are back in the top flight.

Real Valladolid scored 71 goals last campaign, the most in the division. The club’s main goal threat up top was 26-year-old Shon Weissman, who finished the season with 20 league goals. If the club can hold on to him and not sell, it has enough talent around the pitch to win games and stay up. With a number of inexpensive signings including Sergio Asenjo on a free transfer. Real Valladolid begins its LaLiga campaign on Aug. 14 at home against Asenjo's former club Villarreal.

After a terrible start to the season, Girona found itself in the relegation positions as late as Week 12 with a massive hill to climb if it had any hope of promotion. Miraculously, the club was able to work its way up to the playoff positions with nine games. Girona stayed there for the remainder of the season, bar one week.

As the end of the season approached, four teams had the chance to claim the three remaining playoff spots, leading to an intense and chaotic final day of the season. Real Oviedo did everything it needed to do to clinch the final spot by defeating Ibiza 3-2 thanks to a 95th-minute penalty kick winner. Unfortunately for them, Girona held on to a 0-0 draw, which put them even on points with Real Oviedo. The deciding factor was Girona’s head-to-head advantage, sending it into the promotion playoff as the lowest seed.

Not one to shy away from late drama, Girona defeated Eibar in the playoff semifinal thanks to a 91st-minute winner by their captain and talisman, Cristhian Stuani. The Uruguayan also scored Girona's first in the playoff final en route to a 3-1 victory over Tenerife.

Stuani finished the season as the second division joint-top scorer with 22 goals, not including the playoffs. The club has made great use of its ownership by the City Football Group by signing Taty Castellanos from fellow City Group-owned club NYCFC. Girona’s third season in LaLiga begins Aug. 14 at home against Valencia, and with the backing of the City Football Group, don’t be surprised if the small mountain city in northern Catalonia is able to stick around for quite some time.