David Moore August 5, 2022
This is how it looks with more players rumored to come in.

Chelsea’s roster is going through some serious changes this summer with big names leaving the club and being replaced. The potential Chelsea starting XI 2022-23 lineup has some fresh faces and new names.

First, let’s look at the potential lineup and then explain the additions. Spoiler alert to fellow Americans: Christian Pulisic doesn’t make it into this potential lineup. The formation is manager Thomas Tuchel’s preferred 3-4-2-1 look. 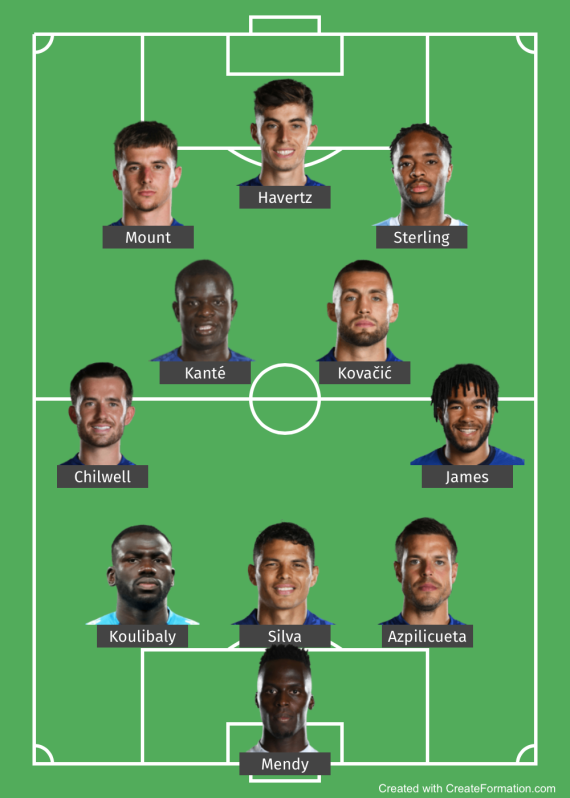 With Romelu Lukaku heading back to Inter Milan it seems as of now that Kai Havertz will have the starting gig up top. There have been rumors of Timo Werner going on loan. RB Leipzig and Juventus have shown interest in the German speedster.

The two supporting forwards in this potential lineup are Chelsea’s player of the year last season, Mason Mount, and new signing from Manchester City Raheem Sterling. It’s reported that the transfer fee for Sterling was just over $60 million.

Pulisic could have a difficult time finding starts for Chelsea with the incoming transfer of Sterling. There have been rumors swirling around about if the American forward will find a new club this summer.

The Chelsea midfield is unchanged from last season. If everyone is healthy then N’golo Kanté and Mateo Kovačić should get the start, but it wouldn’t be surprising to see Jorginho or Ruben Loftus-Cheek make appearances too. Reece James and a now-healthy Ben Chilwell will add support from the wingback positions.

A drawn out transfer drama saga with Brighton also sees the arrival of Marc Cucurella who will compete with Chilwell at left wing back.

Following reports from numerous media outlets this week, we can confirm an agreement has been reached with Brighton and Hove Albion for the signing of Marc Cucurella.

The defense is where the lineup lost the most players from last season. The Blues’ defense was gutted in the transfer market with Antonio Rüdiger and Andreas Christensen leaving for LaLiga. Barcelona was also going after César Azpilicueta and left back Marcos Alonso, but it's now been confirmed that Azpilicueta will stay at Stamford Bridge. Alonso could still go.

I am really happy to extend my stay at Chelsea, my home. It is almost 10 years since I first arrived and joined the club. I really feel the love of our fans and I am really excited for the new project we have in our hands… pic.twitter.com/wia6DEjvKI

The 2022 summer transfer window was a brutal one for Chelsea. Barcelona snagged several of Chelsea's potential transfer targets including defender Jules Koundé. Another transfer that fell through was former Blue Nathan Aké. He looked close to a reunion, but Manchester City pulled the plug on the deal.

One new face is confirmed for Chelsea’s backline. The latest Chelsea signing is long-time Napoli center back Kalidou Koulibaly. The 31-year-old Senegalese defender had been with Napoli since 2014.

Kalidou Koulibaly can be considered new Chelsea player. It's all signed and completed. ✅ #CFC

Kalidou Koulibaly to Chelsea, here we go! Full agreement in place for €40m fee add-ons completed, bid accepted. Napoli are checking the documents then it will be official. #CFC

Kalidou Koulibaly has posted a farewell message to Napoli on Instagram ahead of his move to Chelsea #CFC pic.twitter.com/WIKtV2xuyz

Just for fun I have included another potential Chelsea starting XI if all the transfer rumors came true. This lineup includes the likes of Cristiano Ronaldo and Serge Gnabry, who were linked to Chelsea this summer but won't be joining the Blues. This lineup only exists in Chelsea fans' dreams. 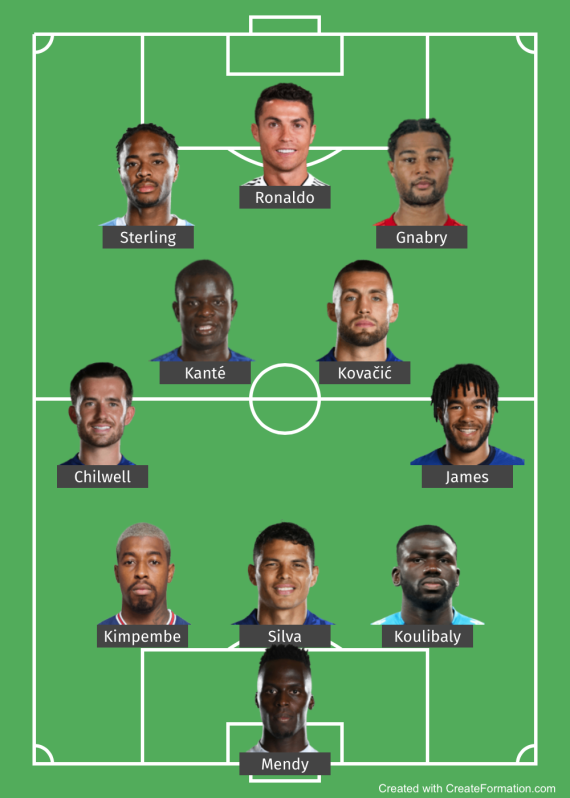