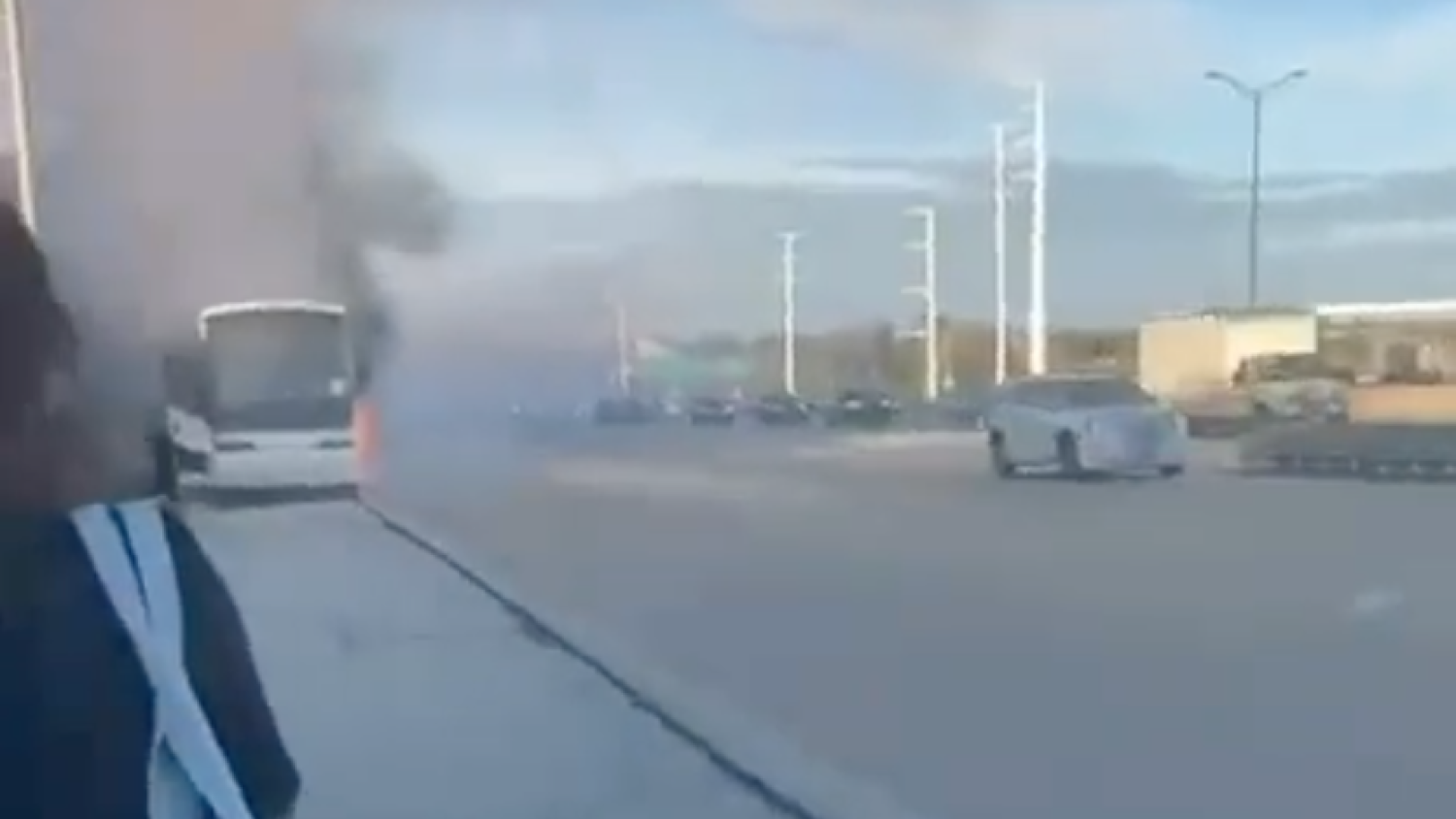 The Thorns are on fire this season, on and off the pitch.
@c_sinc12 | TikTok

The Portland Thorns have already won two trophies this year and sit six points clear atop the NWSL standings. They are on fire on the pitch. Unfortunately, they’re catching fire off the pitch too.

The bus carrying Thorns players and staff while on a road trip to play the Chicago Red Stars caught fire on Thursday evening. Thankfully, no injuries were reported.

As you may have seen, our bus caught on fire in Chicago. Thankfully, no players or staff were injured. We appreciate all the concern! #BAONPDX

Portland is scheduled to play Chicago on Saturday at 8 p.m. ET (broadcast on TUDN and UniMás plus streamed on Paramount+). The Thorns have a six-point lead over OL Reign atop the NWSL standings with a game in hand and are the favorites to claim the NWSL Shield, adding to Challenge Cup and Women’s International Champions Cup titles this year.

But the season hit a road bump on Thursday with the team bus catching fire, which certainly isn’t something you plan for on a road trip.

The greatest international scorer of all time, Christine Sinclair, captured the fire on video and posted it to TikTok with the caption: “We might be late to our game.”

The players certainly look worried, so it’s great news no one was hurt. There’s probably a Chicago Fire joke in there somewhere but that team is so bad this year they don’t really deserve a mention.

When building a bonfire gets outta hand

For better or worse, this isn’t the most bizarre fire incident in U.S. soccer history. Back in 2013, the Columbus Crew scoreboard caught fire before a match with D.C. United.

Portland will hope to shake off the scary events when it takes on fifth-place Chicago on Saturday. The Red Stars are still in the mix for a first-round bye in the playoffs but also have to be wary of being caught from behind by the Washington Spirit, Houston Dash and Gotham FC for the final playoff spots. This is the first season six teams make the postseason, with the two best teams in the league receiving byes into the semifinals.

We’re glad everyone is okay! Hopefully the rest of your trip was alright.

See you on the pitch tomorrow ⚽️ https://t.co/2Zsj5G1EQb

Whether or not the Thorns make it to the NWSL final, Providence Park in Portland will host the championship game on Saturday, Nov. 20. The match will be broadcast live on CBS, which is great, but it will kick off at 9 a.m. local time (Pacific), which is not great.