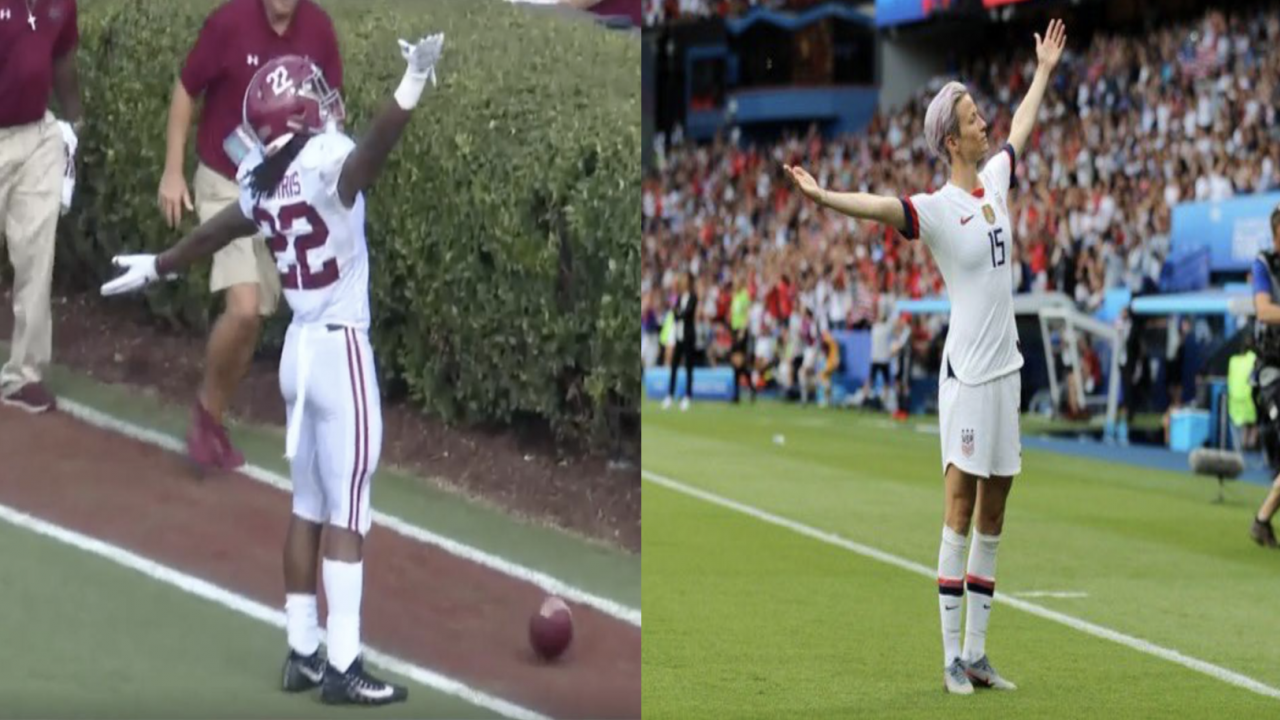 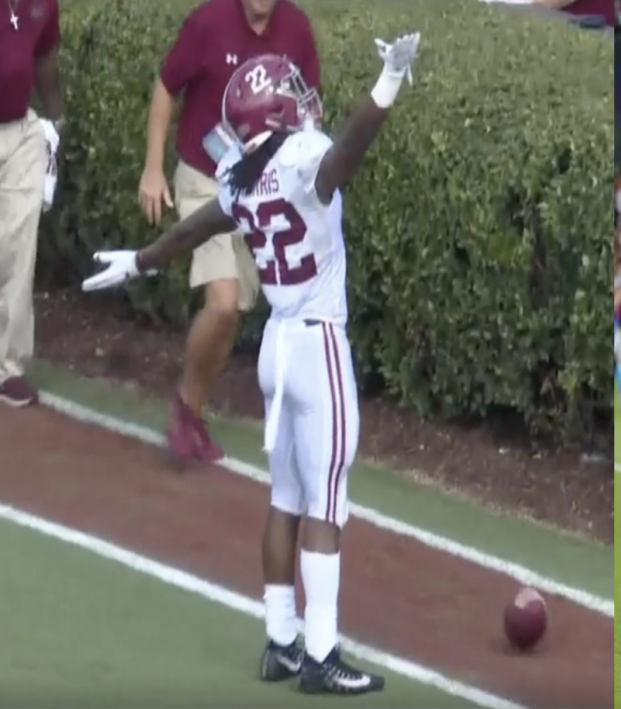 David Moore December 30, 2020
Rapinoe was quick to give Najee Harris a shoutout over Twitter.

The U.S. women’s national team is the last topic college football fans expected to be discussed during Alabama’s press conference on Tuesday. Most of the discussion for the press conference focused on the Crimson Tide’s Rose Bowl playoff game against Notre Dame on New Year’s Day.

The USWNT wasn’t brought up until Najee Harris, Alabama’s star running back, was asked about how Megan Rapinoe inspires him.

Harris has paid tribute to the USWNT star in the past. In 2019, the Alabama running back scored a ridiculous touchdown against South Carolina and celebrated with Rapinoe’s iconic pose after her goal against France in the World Cup.

As a refresher, the original @mPinoe tribute from @ohthatsNajee22 at South Carolina last year https://t.co/M9YLYuIKzA

During Tuesday’s press conference, Harris said Rapinoe’s activism outside of sports in “a man’s world” for causes like equal pay and social justice motivates and inspires him.

Alabama RB Najee Harris on the inspiration he gets from @USWNT star Megan Rapinoe during his Rose Bowl press conference. pic.twitter.com/08B5k1msnt

Later that day Rapinoe retweeted Najee’s video thanking him for the kind words and wishing him luck in the upcoming Rose Bowl.