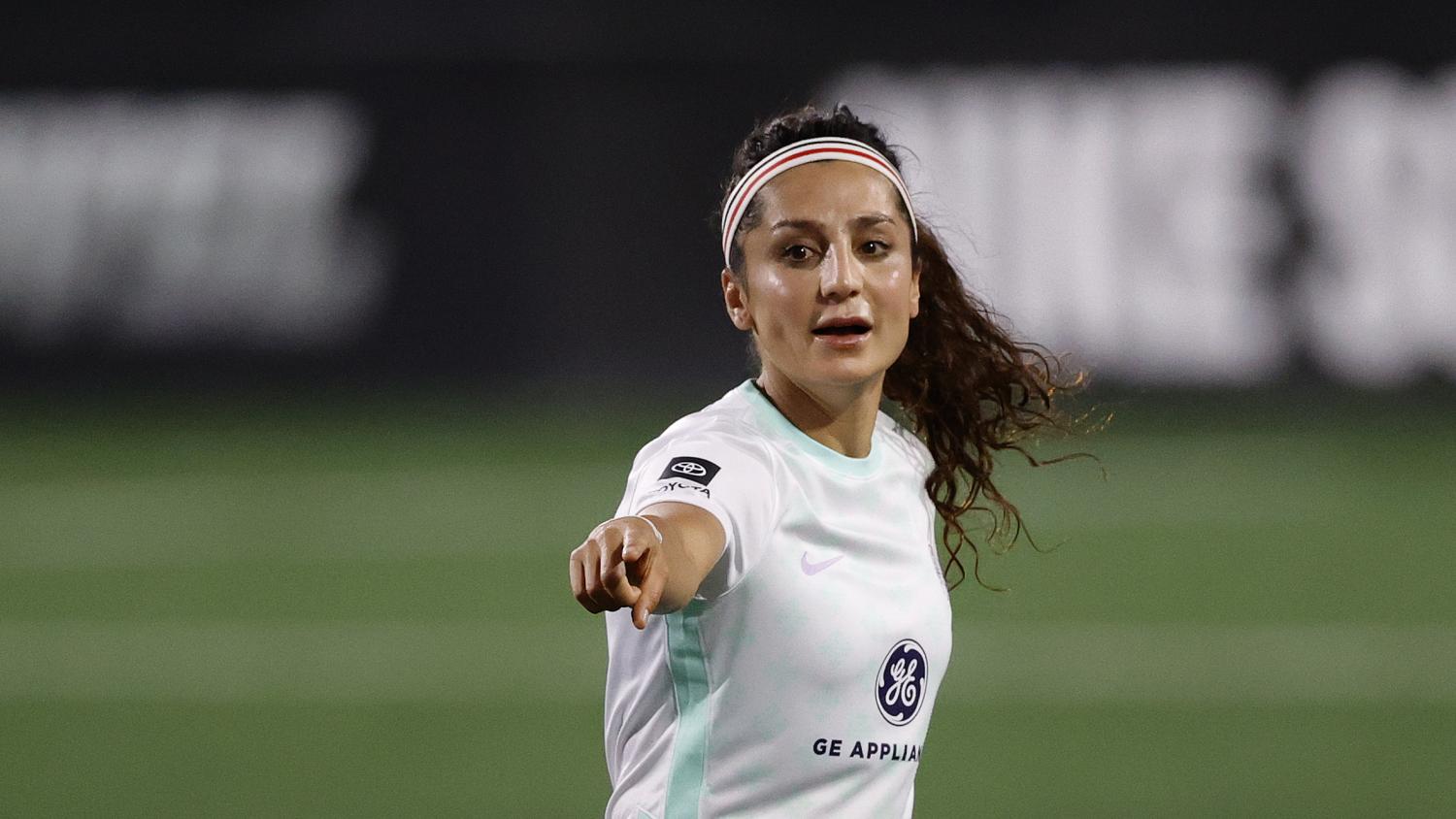 The Danish international tore her left ACL one year after injuring her right knee.
Getty Images

Nadim tore her left ACL in Wednesday's 3-0 loss to the Portland Thorns, one year and one week after tearing the ACL in her right knee.

The 34-year-old from Denmark scored six goals in 11 appearances this season.

"Obviously I'm devastated for myself, but I also feel sad for my teammates and my club because I can't help them through the last few games of the season," Nadim said. "I have faced obstacles and rough times since I was a child, so you might say I'm an expert in overcoming them. I was born a fighter, and I know that nothing can break me down."

Unfortunately I tore my ACL in my left knee in our last game. Obviously I’m devastated. But I have faced obstacles and rough times since I was a child- so you might say I’m an expert in overcoming them I was born a fighter and I know that nothing can break me down. pic.twitter.com/tg1AUuu5P9

Louisville closes out the 2022 NWSL regular season at home on Saturday against the Kansas City Current.

"I feel so much for her," said Racing head coach Kim Bjorkegren. "She has worked hard to be back after her last injury, and she deserves better than this. But as we all know, Nadia is mentally strong, and as a club we will do all we can to support her in returning physically stronger as well."

It's another battle for the strongest fighter we know.

Our thoughts are with @nadia_nadim, who suffered a torn ACL in Wednesday's game.