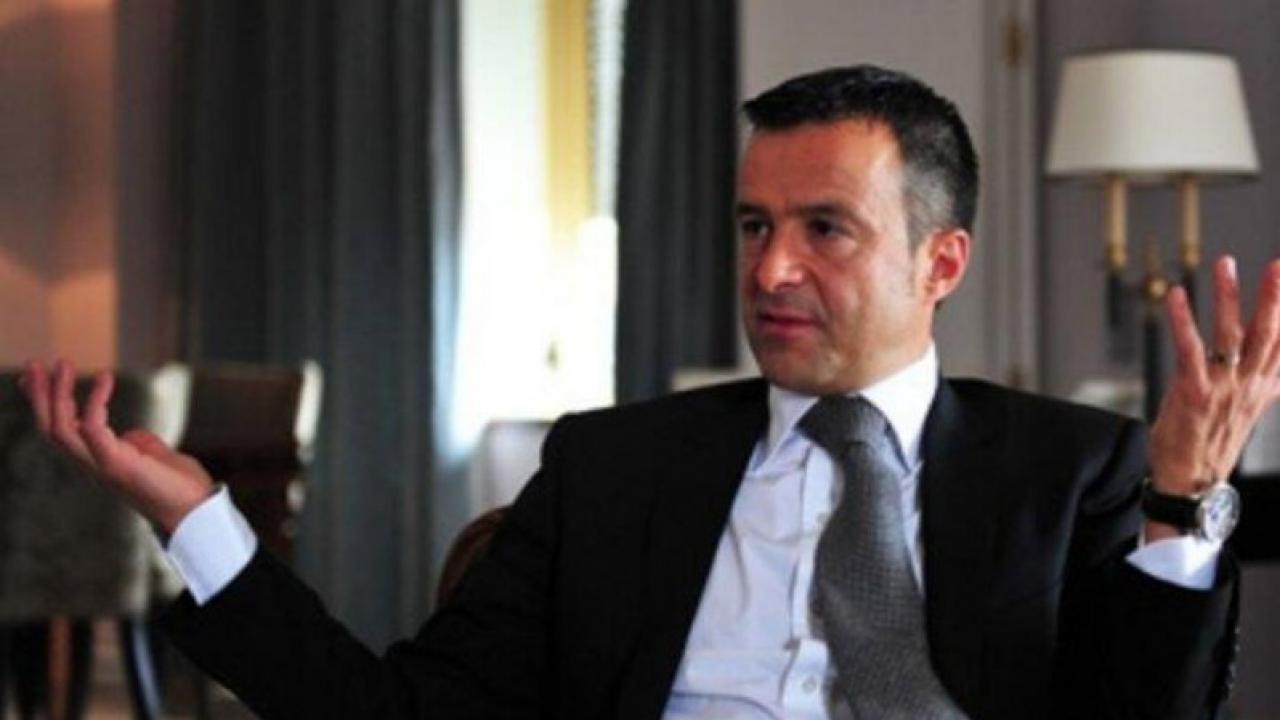 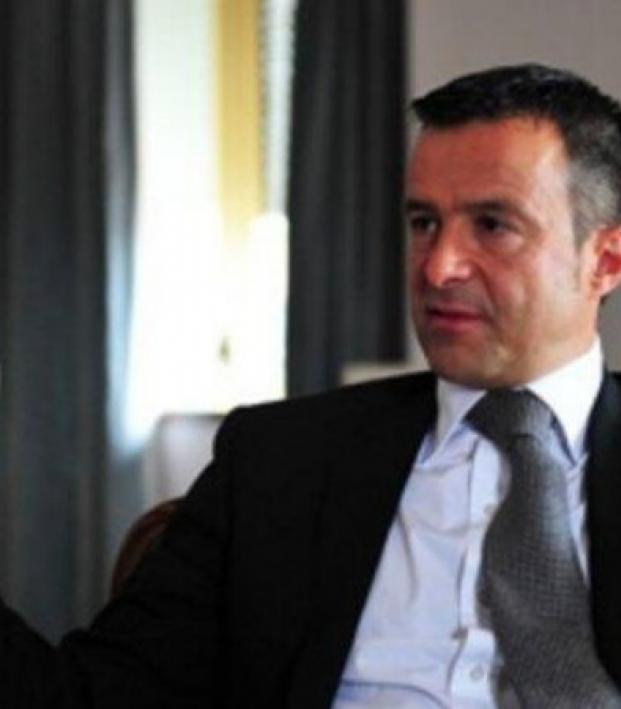 The Most Powerful Man In Soccer

Ivan Anich September 6, 2014
Have you heard of Super Agent, Jorge Mendes? Meet the man who brokered deals this summer for Costa, Rodriguez, Di Maria and Falcao, just to name a few.

Jorge Mendes could possibly be the most powerful person in world soccer. The graphic below illustrates the quality, and quantity, of players who call him their agent.

The Mendes XI, as it has come to be known, could challenge for the Champions League if it were allowed to assemble. It should come as little surprise, then, that the man entrusted to manage personalities like Cristiano Ronaldo is a helluva character himself.

After realizing that his dream of playing professional soccer wasn’t possible, Mendes ran a video rental store and DJ’ed at night before opening a bar in Caminha, Portugal. It was at a bar that he met his first client, Nuno, who then allowed Mendes to broker his deal to Deportivo de La Coruna.

Mendes is currently coming off arguably the best transfer window for an agent, ever. Of all the transfers he oversaw, the most shocking was Falcao's loan to Manchester United. Shocking, and the most interesting.

Let’s let our imaginations get the better of us for a moment, and picture how the loan negotiations took place. Here’s how it all (probably didn’t) happen.

Jorge Mendes woke up on the morning of Transfer Deadline Day like Ari Gold on Tiger Blood. He had completed transfers of Diego Costa, James Rodriguez, and Angel Di Maria that summer. He was smelling blood again, and he recognized the Red Devil scent.

Jorge Mendes doesn’t see opportunity. Jorge Mendes sees the coup de grace, and this day would be no different.

Mendes and Manchester United Head Ed Woodward had been teasing each other all summer with the Di Maria transfer. Jorge never lost focus. Ed, on the other hand, was caught in a passion. Woodward knew his team’s defense needed bolstering, but the glittering prospect of pure, unadulterated offensive firepower had so far proven too much to overcome. Woodward was thirsty, and thirst has a way of altering how you act.

The Di Maria Transfer was merely refreshing. Jorge knew Woodward wanted to be quenched, and Jorge knew the perfect poison.

Radamel Falcao, Monaco’s star striker, has played for three different clubs in the past 4 years. He might be a journeyman, he might be a mercenary, but he is definitely really f***ing good. And, oh, he happens to be represented by Mendes, because, of course he is.

Jorge made a call to Monaco owner and billionaire, Dmitry Rybolovlev.

A pause.“Okay.” And with that they both hung up. At exactly the same time.

The stage was set. The pieces were in place. This was why they paid Jorge the big bucks. The only thing left to do was to decide where the doing would be done, and Jorge knew of the perfect place.

O’Dooley’s Pub in Manchester was just a 15 minute drive from the nearest airport. It was Woodward’s favorite pub, as it was only frequented by United fans too drunk to ever notice who he was. Jorge arrived with the aroma of fine cigars and beautiful women still clinging to his clothes. Like so many other things in his life, it didn’t want to get left behind. He rejected a call from Messi and sat down at the bar.

“What can I do ya for, sonny?” inquired the bartender.

“Pabst Blue Ribbon.” Jorge always liked the Milwaukee brew. To hell with the hipsters, he thought, they can’t have it.

The Bartender handed him the beer. “So, uh, what brings yeh fancy self in ‘ere today?” He asked.

Jorge shot the bartender a smile that had brought greater men than him to their knees, “I’m meeting with Ed Woodward.”

The bartender appraised his new customer for a moment, “Ah, rough day at the office, eh? Alrigh’ just don’t get angry when yeh dirty yer suit. I sure as ‘ell ain’t reimbursin’ yeh.” With that the bartender walked away, non-plussed.

Three PBRs later, Woodward walked in, by himself, just as Jorge had requested. He sat next to him at the bar. His refined accent almost spoke before he did.

“Alright, Jorge, you know this is my favorite place. Who are you going to pitch me. Bebe? Please tell me not Bebe again, that would be cruel. William Carvalho, maybe? We both know I need a defensive midfielder.”

“Yes,” said Jorge. “We do both know what you need.” And locked Woodward’s gaze. In that moment, Jorge closed the deal.

“Is…Is it him?” clamored Woodward. Then, saving face, “Look it’s William or I leave. We have RVP. We have Rooney and Mata. For god’s sake I just bought Di Maria through you, do you really think I need another attacking player?!?” Losing his poise again as reality set in.

Jorge then sold Woodward on acquiring Falcao on loan, not that he needed to. He did it simply because he could.

“Yes…Yes!…YES! This is brilliant Jorge, brilliant I say. Oh I can’t wait to tell Fergie!” He already believed that the signing was his idea the whole time. Jorge didn’t care, everyone always knew who controlled the deck when one of Jorge’s players moved. 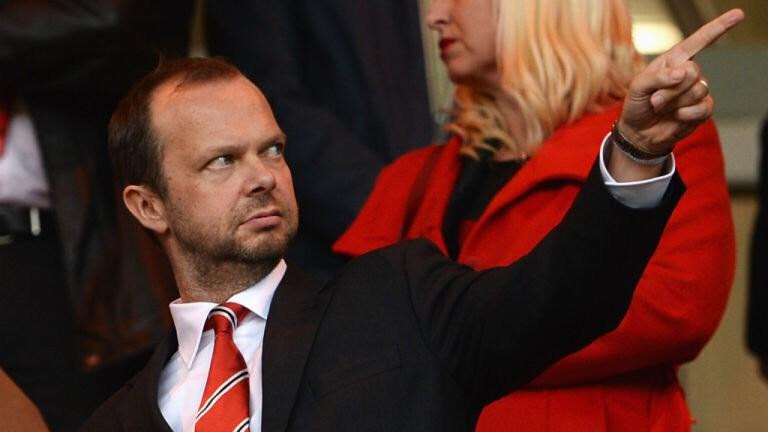 Job done, Jorge left in a flourish without paying, Woodward would tend to that. A text buzzed his phone. The night was still young, and Cristiano Ronaldo wanted to be tucked in.