Messi, Mbappé And Neymar All Finally Score In The Same Match 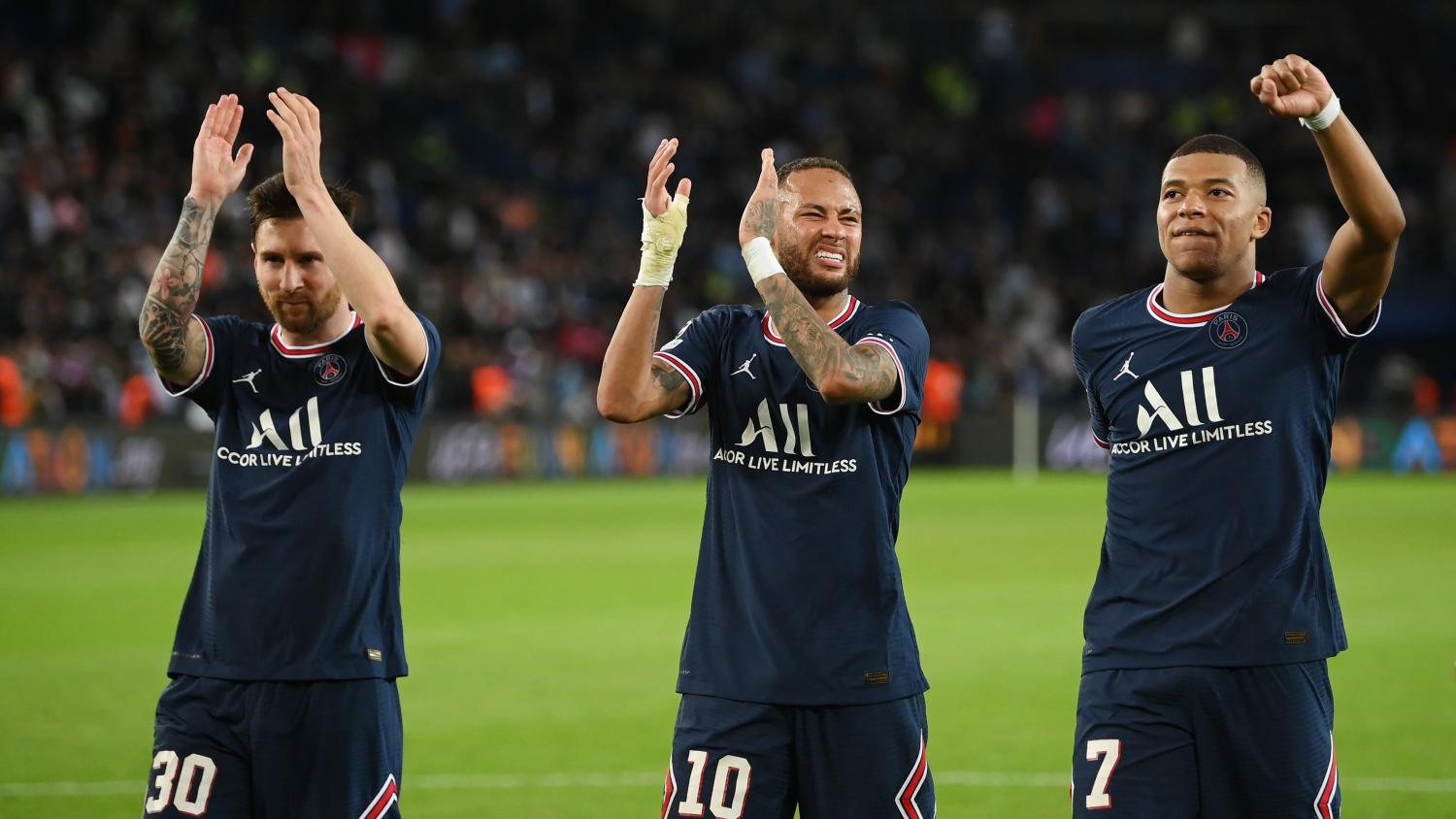 After getting bounced by Real Madrid in the Champions League, collectively booed by its own supporters at the Parc des Princes and hammered by Monaco at Stade Louis II, no club appreciated the international break more than PSG.

Neymar scored for Brazil against Chile, Lionel Messi did the same for Argentina against Venezuela, Kylian Mbappé hit a brace against South Africa and they all remembered that, hey, we're pretty good at this whole goalscoring thing.

Returning to Parc des Princes against Lorient on Sunday, Neymar, Messi and Mbappé produced similar outputs in a 5-1 win that finally saw PSG's front three come together the way we expected back in August.

The opening goal in the 12th minute was a rare example of all three attackers standing in the same space but it actually working to perfection. Messi took possession and quickly flicked it forward to Mbappé while Neymar continued his run, and the Frenchman avoided one challenge before releasing the Brazilian to fire inside the post.

It took eight months but here's the highlight we've all been waiting for.

In the 28th, Messi picked out Idrissa Gueye at the top of Lorient's area and he quickly moved it along to Mbappé. The 23-year-old squared up his defender, maybe laughed a little and rifled a finish to the near post with keeper Matthieu Dreyer rooted to the spot.

Mbappe extends the lead for PSG

Lorient pulled one back in the 56th but Mbappé restored PSG's two-goal advantage in the 67th. Achraf Hakimi won possession in Lorient's third and gave it to Mbappé. That's all you need to do. My goodness.

It was Messi's turn in the 73rd after Mbappé and Neymar exchanged a few passes to get the attack started, and the Frenchman got to the byline before picking out the Argentine. They're cheering his name now in Paris.

Neymar's second goal came in the 90th minute, and it started with a nutmeg from the Brazilian before Mbappé provided his third assist of the match.

PSG has a 12-point lead over second-place Marseille with eight games remaining. PSG faces a trip to Clermont Foot next Saturday having lost four straight away matches across all competitions.