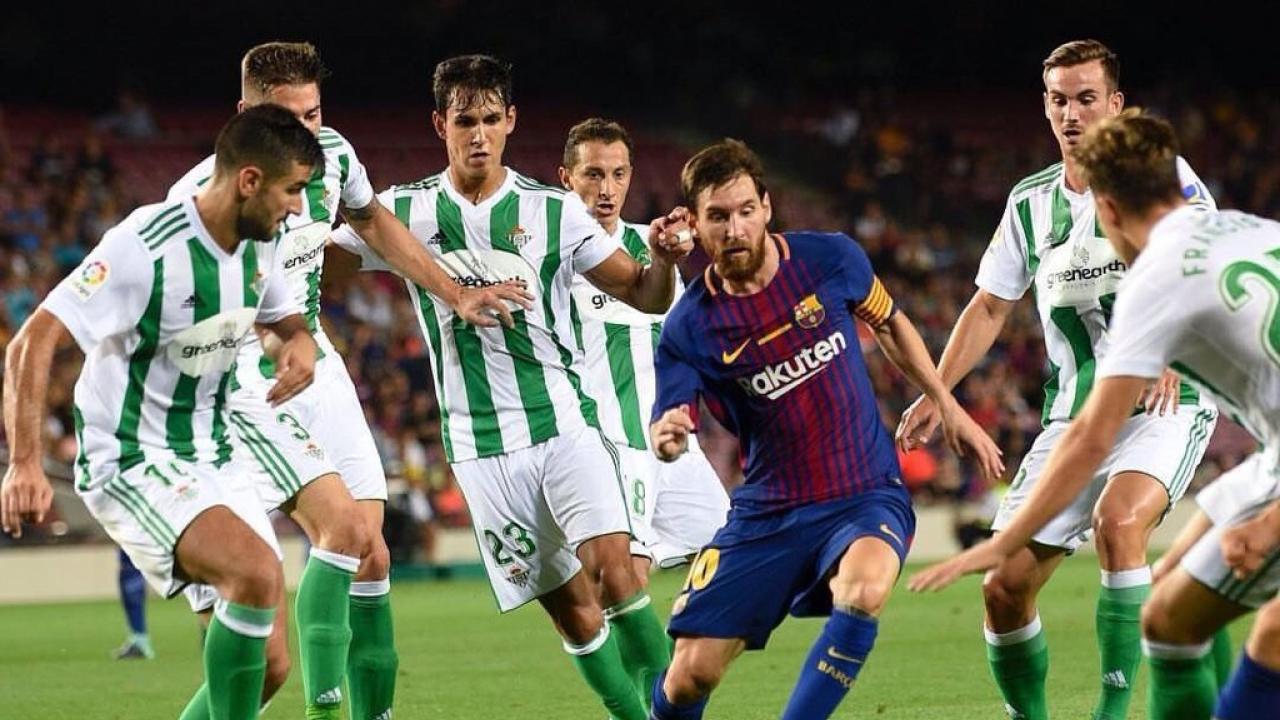 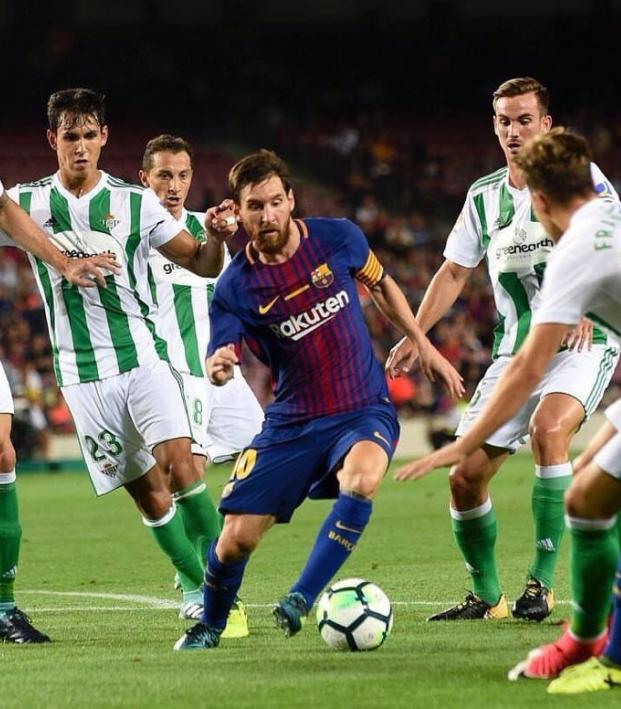 Why Man-Marking Lionel Messi Is Always A Terrible Idea

Connor Fleming September 25, 2017
Pablo Maffeo did a fine job man-marking Lionel Messi on Saturday, but the tactic is ultimately wasted on the Argentinian.

Conditions conspired to give us a glimpse of a rarely used, outdated tactic on Saturday: an authentic and faithful use of man-marking during Girona’s hosting of Barcelona at the Estadi Montilivi. What this means is that Girona defender Pablo Maffeo was entirely sacrificed to negate the influence of Barcelona’s Lionel Messi — wherever Messi went, there was Maffeo. When Girona were in possession, Maffeo continued to mark Messi. In fact, Maffeo was substituted in the 78th minute after recording only 10 touches.

The circumstances that ultimately led Girona manager Pablo Machin to man-mark Messi were this: this is Girona’s first-ever season in La Liga, they are massive underdogs, and Messi entered the match on the back of the finest start to a season in his professional career.

Machin essentially said you can and will beat us, but that beating will have to be administered by the likes of Luis Suarez, Andres Iniesta, Aleix Vidal, Ivan Rakitic and Paulinho, not Messi. Barca secured the victory as early as the 69th minute when Suarez gave them an unassailable 3-0 lead, but Machin argued that he’d still gotten his tactical decision correct.

“We lost so I’m not happy, but we managed to minimize the input of the best player in the world. I don’t think Messi was the decisive player that he can be,” said Machin. “You have to try something; we tried to reduce his impact. We have had the yellow card for Maffeo really quickly, but he’s done well.

"I stuck with the decision so I wouldn’t have any doubts about how it would have gone if we’d minimized the best player in the world and played them nine against nine. I think, in that sense, it went well. Maffeo didn’t let him get too involved in the game.”

Pablo Maffeo asked what Messi said to him after man marking him: "He asked me two things: if I was on loan from Man City and how old I was."

However, Barcelona manager Ernesto Valverde, who was forced to employ a similar tactic on Messi as manager of Athletic Bilbao, echoed the thinking of most modern coaches on the issues with employing man-marking:

“The man-marking was clear and we had to find the place where to put Messi to move that player [Maffeo] and to get the most out of the situation. You have to take advantage of the situation. We tried to get the better of them by playing in the space and taking advantage of Leo’s movement. I think Messi was fine. It’s true that when you’re man-marked it can be uncomfortable, but it also has advantages, not for him, but for the team. I think he was relaxed about it all.”

Messi’s ability to drop deep and receive the ball has generally made man-marking him a terrible idea. If you’re sacrificing a defender to tracking Messi while he’s just standing around midfield, you’re going to ultimately damage the stability of your defense by pushing too far forward.

However, if you sit deeper, Messi will then exploit the space between midfield and defense and hurt you with runs from deep that are more difficult to track.

Valverde tried to do this to Messi in the 2015 Copa del Rey final when managing Bilbao. Mikel Balenziaga was charged with man-marking Messi during his side’s 3-1 defeat, but after the match Balenziaga said, “The plan was for me to be on top of him for the whole game and despite being man-marked he proved just what a special player he is, and that when he’s on it, he’s unstoppable. We tried our very best but it was just impossible.”

There have been other famous instances of sides going out of their way to disrupt Messi (Greece used Sokratis Papastathopoulos during their match with Argentina at the 2010 World Cup), but famous defensive results against Messi have typically been achieved due to the brilliance of the collective rather than the individual. 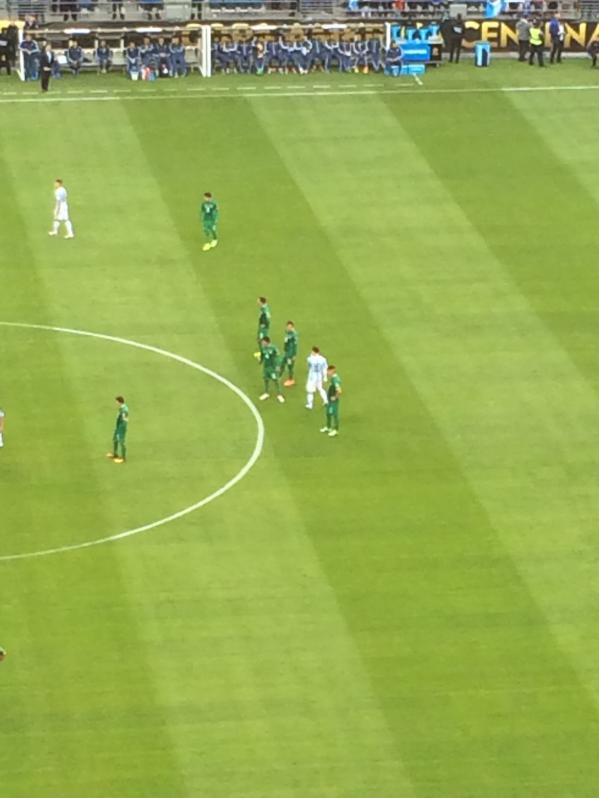 For example, Inter Milan’s famous result against Barcelona in the 2009-10 Champions League semifinals was down to the collective brilliance of Esteban Cambiasso, Javier Zanetti, Thiago Motta and Christian Chivu.

Javi Martinez and Bastian Schweinsteiger did much of the same for Bayern Munich in 2013, and Adrien Rabiot and Marco Verratti were able to replicate that midfield dominance over the course of one leg in 2017 (the second leg was somewhat different).

Atletico Madrid manager Diego Simeone, who knows more about stopping Messi than probably any coach on the planet, has said it best: “Man-marking in football is from a time gone by. Those were different times and in those teams there were no players able to make an impact quite like Messi. It doesn’t make sense because when you kick off in midfield, that player is far away. When there is a free kick and a wall, again a player cannot be close. It’s the same at a corner.

"So there are moments when a player has to be far away. Then what do you do? In this moments, you cannot man-mark. You also lose a player, and, with him, the stability of your team…You try to control Messi with spaces, looking at where he can get to and where he is dangerous. But he moves inside and outside, down the wing, on the left. It’s very difficult to think about and controlling a player who is uncontrollable. It’s ridiculous — there’s no way.”

You might not get beaten by Messi through man-marking, but Messi is still going to help find a way to have Barcelona beat you. The best defense against Messi? Juventus and Italian legend Giorgio Chiellini has already identified that: "Cross yourself and pray!"