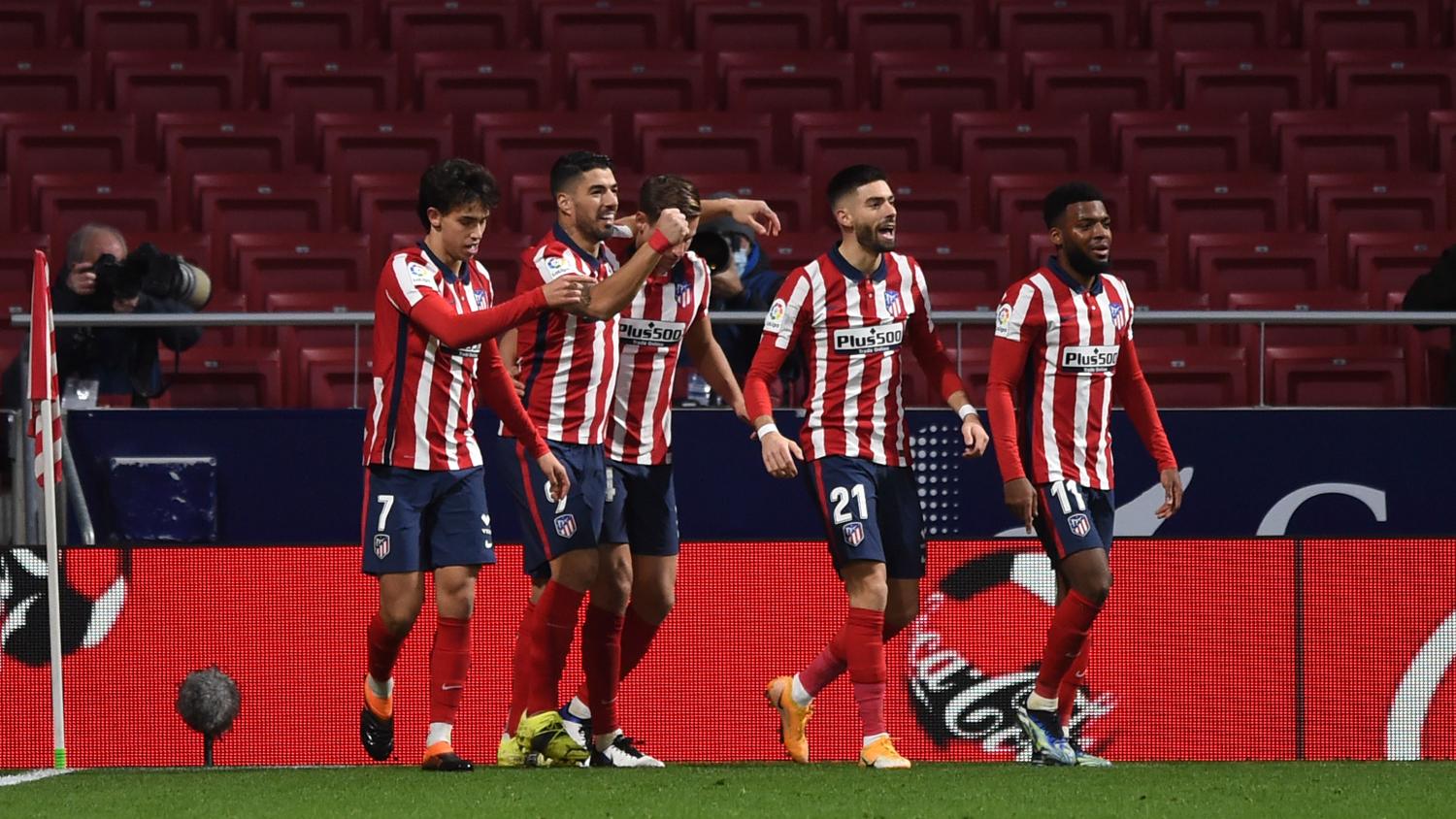 And Barcelona let him go just like that…
Getty Images

Atlético Madrid overcame a spectacular opening goal from Valencia’s Uroš Račić to win 3-1 at the Wanda on Sunday, putting Diego Simeone’s side seven points clear of second-place Real Madrid with a match still in hand.

After Račić’s incredible opener, João Félix brought Atlético level before halftime and then Luis Suárez and Ángel Correa did the business in the second 45 to secure all three points ahead of next weekend’s trip to Cádiz.

In the 11th minute, Račić stunned Atlético and Jan Oblak with a swerving and dipping effort from distance that was struck first-time and flew into the top corner.

To get a better idea of how insane that finish was, here’s Gonçalo Guedes attempting a similar effort in the second half.

But Félix would get his boot on the end of a corner kick in the 23rd minute to pull the home side level.

Félix would again prove instrumental in Atlético’s go-ahead goal in the 54th minute after collecting the ball out wide, driving at Valencia’s defense and then allowing Suárez to do what he does best: provide the immaculate finish.

Today was Suárez’s 34th birthday, and that goal both served as the game-winner and moved the Uruguayan level with Sevilla’s Youssef En-Nesyri at the top of the LaLiga scoring chart with 12. In terms of goals with a new club in Spain, Suárez’s return of 12 goals in 15 matches is only bettered by Cristiano Ronaldo, who scored 13 goals in his first 15 LaLiga appearances for Real Madrid.

Correa would add the insurance goal in the 72nd minute off a Marcos Llorente feed.

ANGEL CORREA makes a divine intervention off the bench, and Atletico Madrid are in cruise control. #AtletiValenciahttps://t.co/k7QOTMDvux