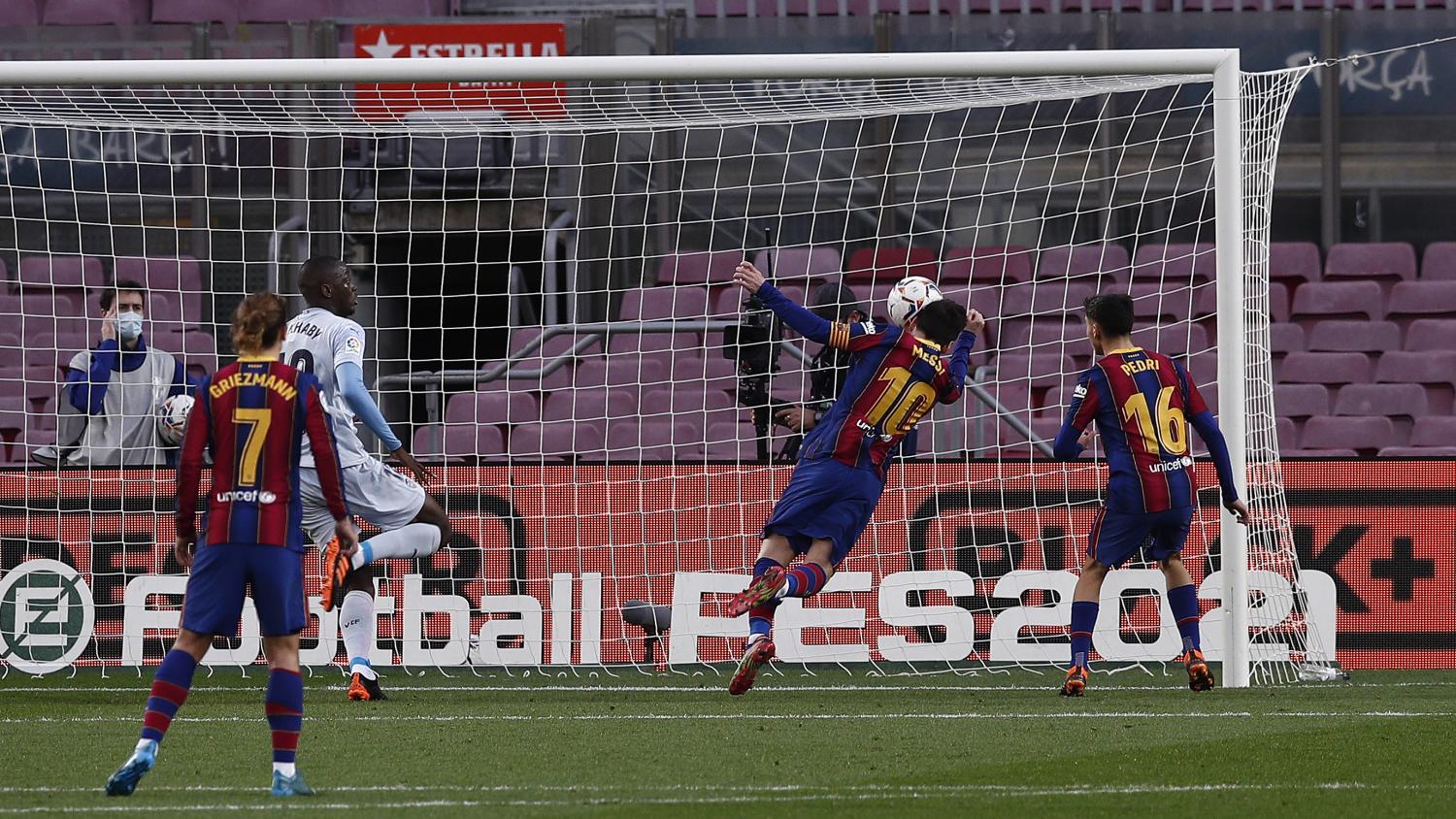 Unfortunately for Barcelona, it wasn’t enough to get three points.
Getty Images

Lionel Messi made history on Saturday, equaling a record that never would have been possible if he had left Barcelona as he wanted over the summer. With a rare headed goal in first-half stoppage time, Messi tied Pelé’s record for most goals with one club with the Argentine’s 643rd for Barça.

Moments before the record-tying goal, Messi had a penalty kick saved by Jaume Doménech, but Jordi Alba sent the ball back in off the rebound. Eventually the cross looped to the back post where Messi headed in.

The Argentine gets his goal from the rebound after having his penalty saved to equalize for Barca.

He now has leveled Pele for most goals at a single club with 6️⃣4️⃣3️⃣ goals!#BarcaValencia LIVE NOW ⬇️
beIN SPORTS
CONNECT https://t.co/LRYa03w6yI pic.twitter.com/gaXj4q9vZX

It wasn’t pretty, but they all count. All 643 for Barcelona, in two fewer seasons than Pelé’s mark. Pelé scored 643 goals in 19 seasons with Santos.

Leo #Messi equals @Pele as the all time top goalscorer for one club WITH 643 goals!

Unfortunately for Barcelona, the rest of the match wasn’t so memorable.

Messi’s goal just before the half canceled out an early goal when Mouctar Diakhaby headed in off a corner. Ronald Araújo put Barça in the lead with a nice volley (especially for a center back) seven minutes into the second half, but Maxi Gómez pounced to equalize in the 69th minute.

Messi couldn’t break Pelé’s record despite a handful of efforts on goal in the second half, and the match finished in a 2-2 draw that was probably a fair result.