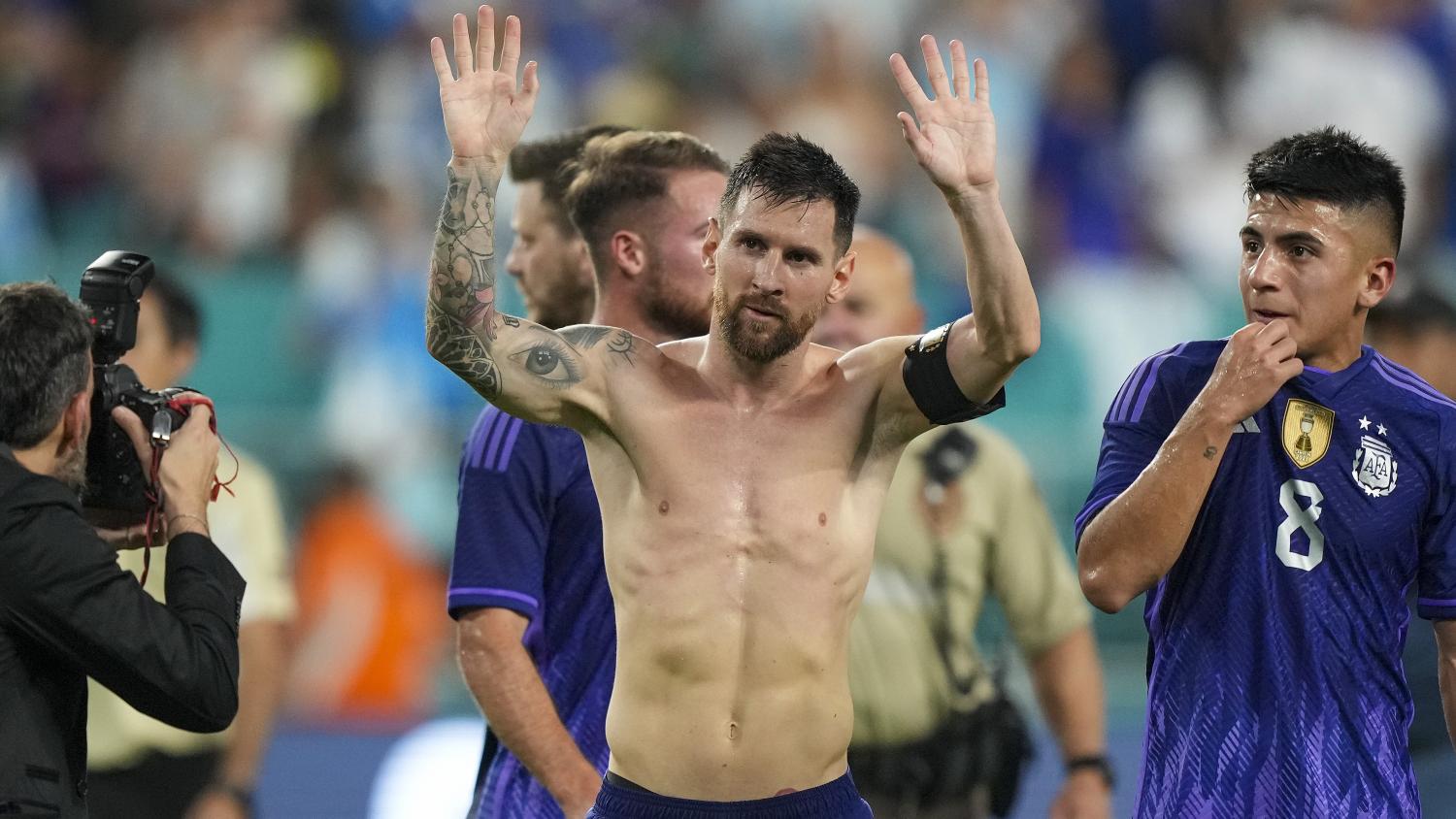 Messi is a man on a mission.
Getty Images

Lionel Messi was involved in all three of his team’s goals vs. Honduras on Friday as Argentina cruised to a 3-0 victory. The PSG forward is a man on a mission and he showed that at Hard Rock Stadium in Miami with this ridiculous chip shot.

In the 69th minute (nice) and Argentina leading 2-0, Messi scored a worldie. The goal was so nonchalant and peak Messi. He didn’t even look like he was trying, no first touch, just shoot.

The chip shot was somewhat similar to a lob pass he had in the first half that helped Argentina open the scoring.

He was also lethal from the spot in the first half converting a penalty.

The spotlight was on Messi for the entire game. In the 39th minute Honduras’ Deiby Flores leveled the little magician with a shoulder to the face that caused a skirmish between the two teams.

If there was a video to show how much the Argentina players love Messi, this is it. pic.twitter.com/tdbi3iEpBK

The bad blood subsided as when the full-time whistle sounded Honduras staff and players went over to have their moment with Messi.

Honduran players and staff members took pictures with Messi off of their phones and tablets pic.twitter.com/iEkbJLniMq

Messi and Argentina will play another game in the United States on Tuesday against Jamaica in New Jersey at Red Bull Arena.

The two Concacaf opponents will help Argentina prepare for Mexico at the World Cup. If we’re being honest though, Argentina looks like favorites to win the entire thing.

Friday’s victory vs. Honduras extended Argentina’s unbeaten streak to 34 games. It will take something really special to see Argentina lose a game.