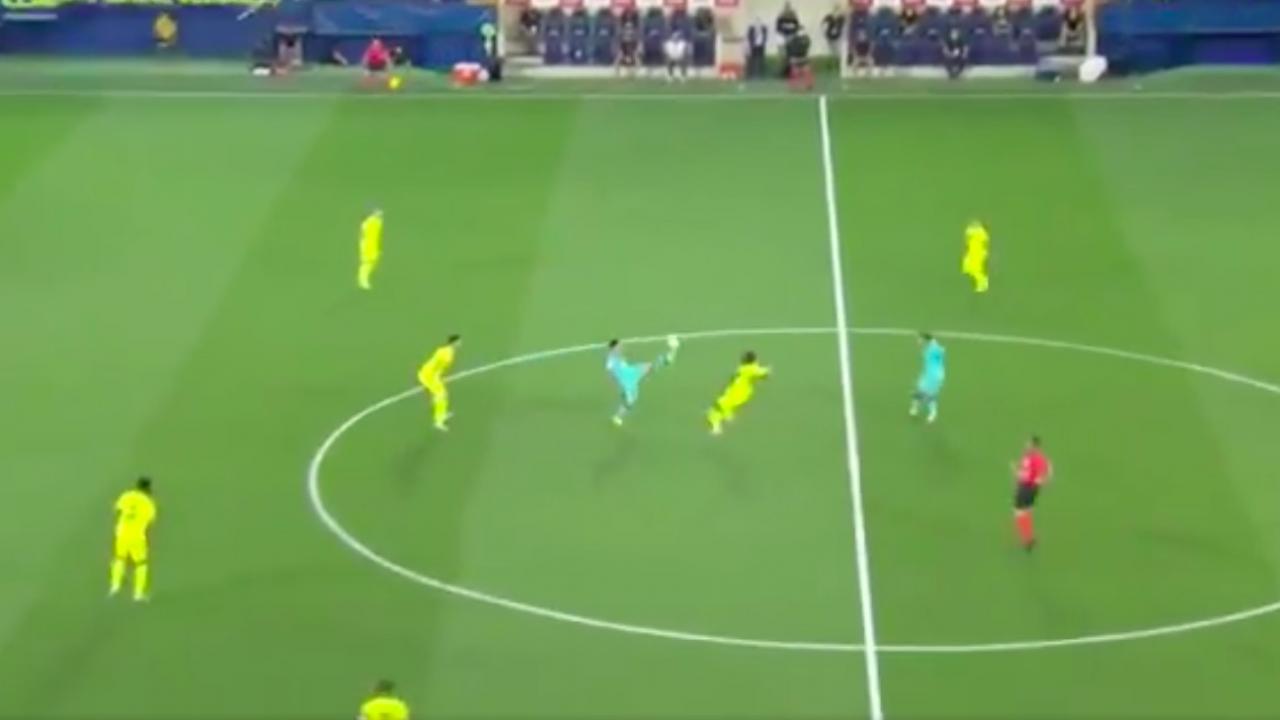 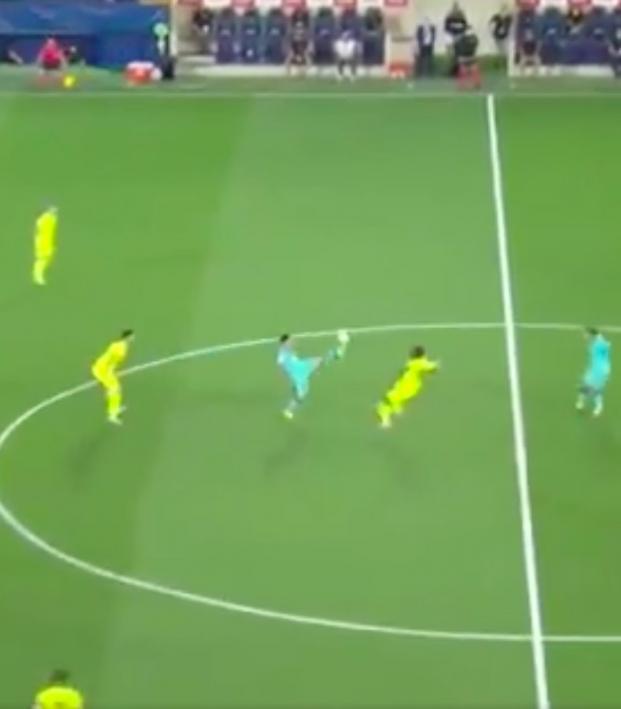 Lionel Messi Playing The No. 9 Better Than Zlatan Ibrahimović Is Ridiculous

Connor Fleming July 5, 2020
Messi recorded two must-see assists in the first half of Barcelona vs. Villarreal.

Back in January, Pep Guardiola was asked by a reporter if he thought Sergio Agüero was the world’s best No. 9. Guardiola’s response was classic: “The best is Messi. Messi is (the best) number nine, number 10, number 11, number seven, number six, number five, number four…”

During Sunday’s match between Barcelona and Villarreal, Messi vindicated his former manager with a bit of hold-up play that’d be applauded by Zlatan Ibrahimović and Olivier Giroud.

It began with Barça going long and direct to the 5’7’’ Atomic Flea. He first bodied up Pau Torres — eight inches taller than himself — before keeping possession with a sombrero flick over André-Frank Zambo Anguissa.

He captured the attention of Villarreal right back Mario, creating space for Luis Suárez out wide.

Leo Messi with the hold-up play as a #9 pic.twitter.com/heHKk0gMn9

Messi slipped it out wide to Suárez, and the Uruguayan’s first-time finish from the top of the 18 was sublime.

Then, just before halftime, Barcelona scored another goal that belongs in the Louvre with Messi’s backheel allowing Antoine Griezmann to silence his critics with a deft chip.

Antoine Griezmann gets Barcelona's third goal of the game to make it 3-1 at halftime. https://t.co/uxDJwbnzHJ#VillarrealBarca - LIVE
beIN SPORTS
CONNECT https://t.co/LRYa03w6yI