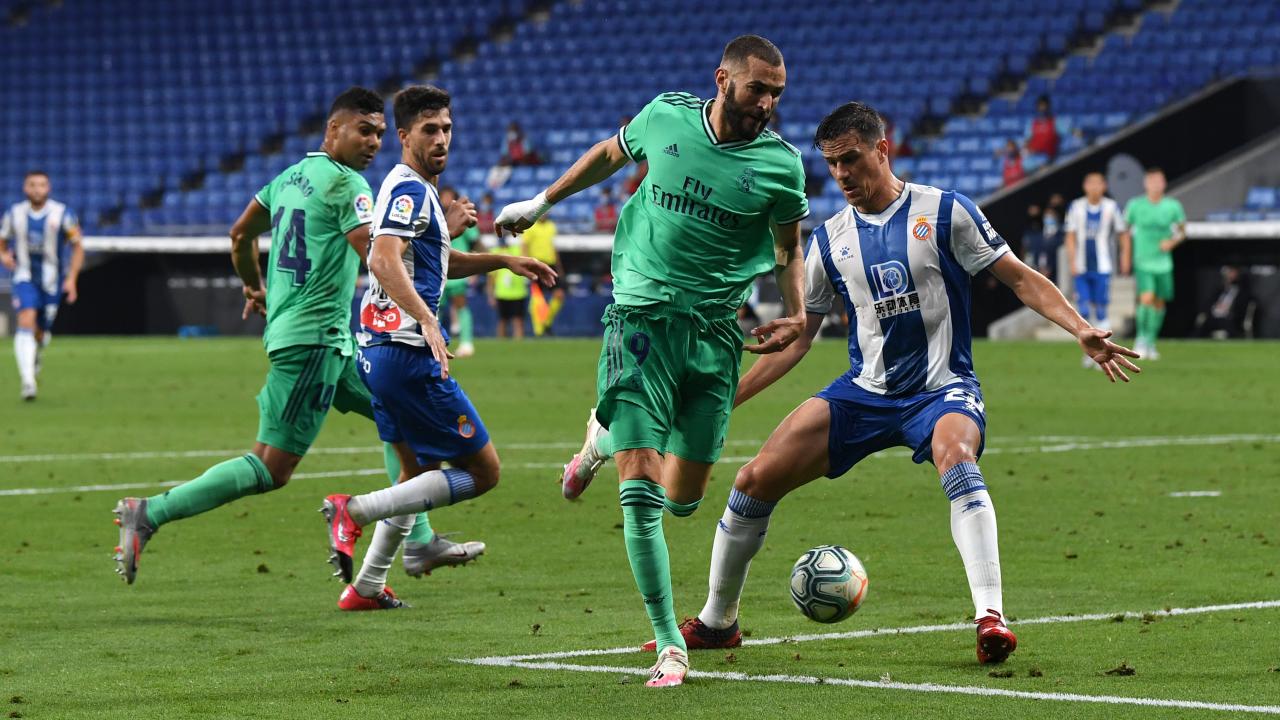 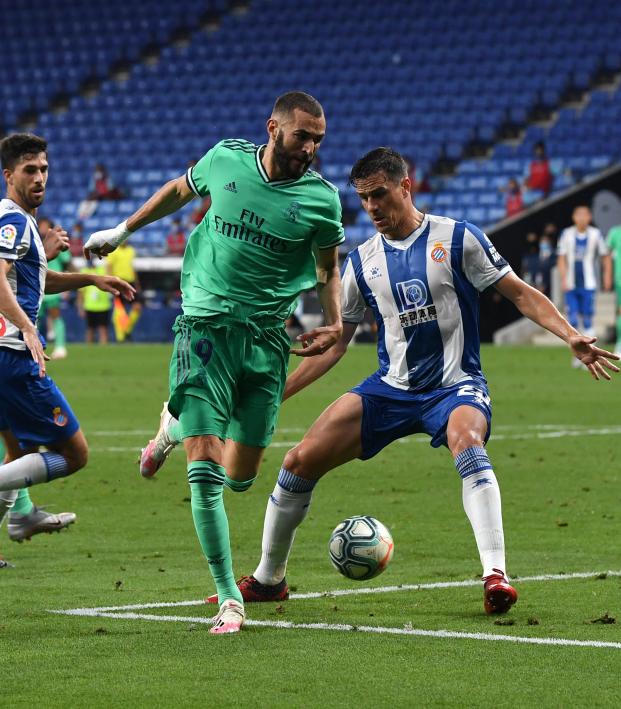 Real Madrid's Karim Benzema produced an audacious back-heeled assist for Casemiro to score as they beat Espanyol 1-0 away on Sunday to capitalize on Barcelona's slip-up a day earlier and move two points clear at the top of LaLiga.

Brazilian midfielder Casemiro slid to the ground to guide the ball home on the stroke of halftime after being played in by a stroke of genius from Benzema, who dragged the ball through the legs of the defender marking him to find his team mate.

We could watch this all day #Benzema pic.twitter.com/HqjGHN0lk0

Real saw out their slender lead for a fifth consecutive victory which gave them a two-point cushion in the title race over Barca, who were held to a 2-2 draw at Celta Vigo on Saturday.

Espanyol, who were playing their first game under caretaker coach Francisco Rufete after he became their fourth manager of a troubling campaign, remain rooted to the bottom of the table on 24 points, 10 away from escaping the relegation zone.