Just How Good Are The Pros? These Ridiculous Training Ground Goals Will Show You

Connor Fleming November 24, 2015
While they don't hand out Puskás awards during warm ups, these training ground goals are undeniably brilliant.

An old soccer adage tells us that all goals count the same. A howitzer from 40-yards, a rabona from the corner or an own goal off the defender’s ass, each will be rewarded with a solitary point. Soccer doesn’t discriminate. Unless you’re on the training ground. In that case, training ground goals don’t really count for anything. 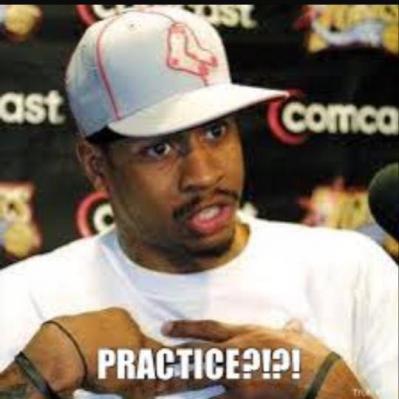 However, if you’re like us, you’ll know that the best time to arrive for a professional soccer game is before warm ups. If you want proof of just how good every single player on the club is, from the starting eleven down to the reserves, simply observe them going through their shooting drills and the rondo.

The difference between the professionals and us lowly dabblers? The consistency with which professionals can do their thing, which is clearly evident on the training ground and during warm ups. Even players who are struggling for form and goals look like disinterested footballing Gods during their pre-game routines.

While we might be lucky to hit the perfect ball a few times during practice, professionals are legitimately asking themselves ‘What happened?’ if they aren’t lighting up warm-ups, sending balls flying past the keeper time and time again.

Without a defender in front of them, as well as the pressure of a real match situation, they’ll paint the corners of a goal 9 times out of 10. To paraphrase Brian Fantana, they’ll score at least 90% of the time, every time.

It’s ridiculous to behold, even if it doesn’t truly count.

I once watched Kenwyne Jones hit 10 straight truly unstoppable shots from outside the box while warming up for Sunderland before a match against West Ham at the Boleyn Ground.

I was convinced he was the world’s best player at that point in time.

Suffice it to say, West Ham went on to keep a clean sheet while Jones only saw 27 minutes of subdued action.

Turns out he wasn’t the unstoppable mix of Alan Shearer, Didier Drogba and Thierry Henry that the warmups had foretold. Come the actual match, he was simply surrounded by players who were as good, if not better than him.

These moments are not destined to join the pantheon of great goals; they’ll never be dissected at the dining room table or passed on via oral history to the next generation. For the most part, they are met with a casual shrug of the shoulders from players and a readiness for the next opportunity or drill.

My only question is, who, in their right mind, would want to be a goalkeeper when confronted with an unmarked Alexis Sanchez, Zlatan Ibrahimovic or Zinedine Zidane?

Regardless of the nonchalance of the setting, if you’re not impressed, you need to check your pulse.