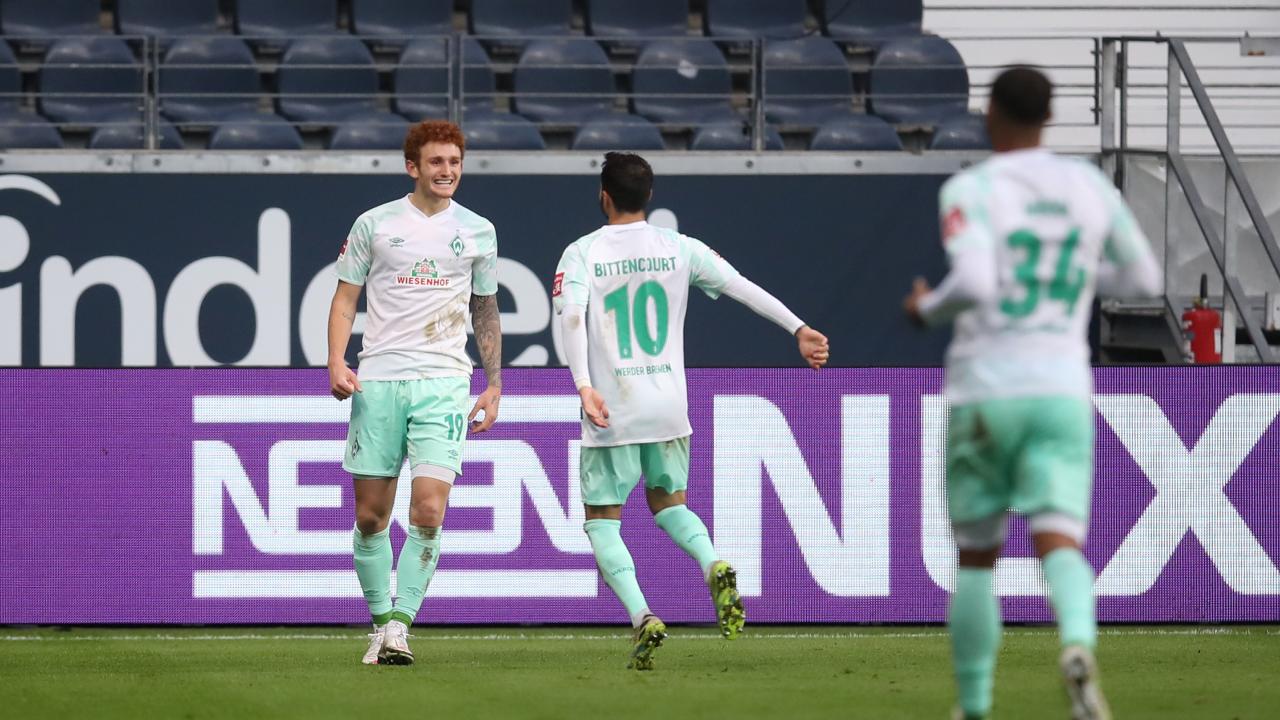 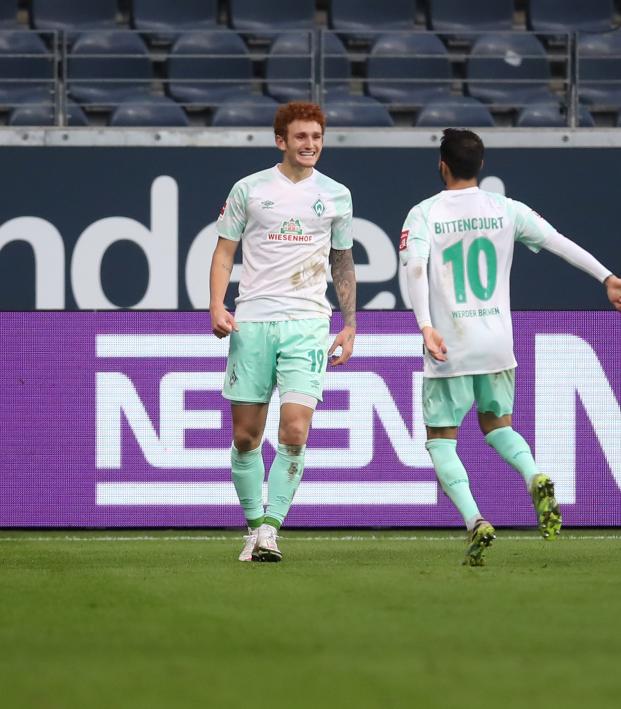 Travis Yoesting October 31, 2020
The 20-year-old American finally got off the mark in the Bundesliga this season.

Those of us waking up Saturday morning hoping to see some more rampaging action from Christian Pulisic were disappointed when the American was pulled out of the Chelsea lineup late with an injury suffered during warmups. Fortunately, Josh Sargent filled the void admirably, scoring his first Bundesliga goal of the season with a well-taken strike.

Sargent, the 20-year-old Missouri native, has struggled this season despite receiving ample playing time at Werder Bremen. After scoring in last season’s finale and setting up a goal in the promotion/relegation playoff to keep Werder in the Bundesliga, he opened the new campaign with a strike in the DFB-Pokal on Sept. 12.

But Sargent was scoreless in 438 Bundesliga minutes this season heading into the weekend.

The drought continued for 51 more minutes against Eintracht Frankfurt on Saturday, but the American fired his side into the lead early in the first half.

Josh Sargent gets his first Bundesliga goal this season! pic.twitter.com/lae0iIow7b

Sargent timed his run just right to stay onside and then it was one-on-one with the keeper. While these scenarios are never a given, Sargent simply had to score or given his — and Werder Bremen’s — scoring woes this season.

Unfortunately for the USMNT striker, André Silva equalized about 15 minutes later and the teams finished in a 1-1 draw. Timmy Chandler was an unused substitute for Frankfurt.

But it was a solid point for Werder after nearly being relegated last season. And it was great to see an American score after Pulisic missed out on Chelsea’s 3-0 win on Saturday.

Christian Pulisic was injured in the warmup and will not feature for @ChelseaFC today.

In other Americans abroad news, Lynden Gooch scored a 94th-minute goal for Sunderland in a 2-0 win over 10-man Gillingham in English League One.