James Rodriguez Took His Chance Against Sevilla By Scoring A Beauty 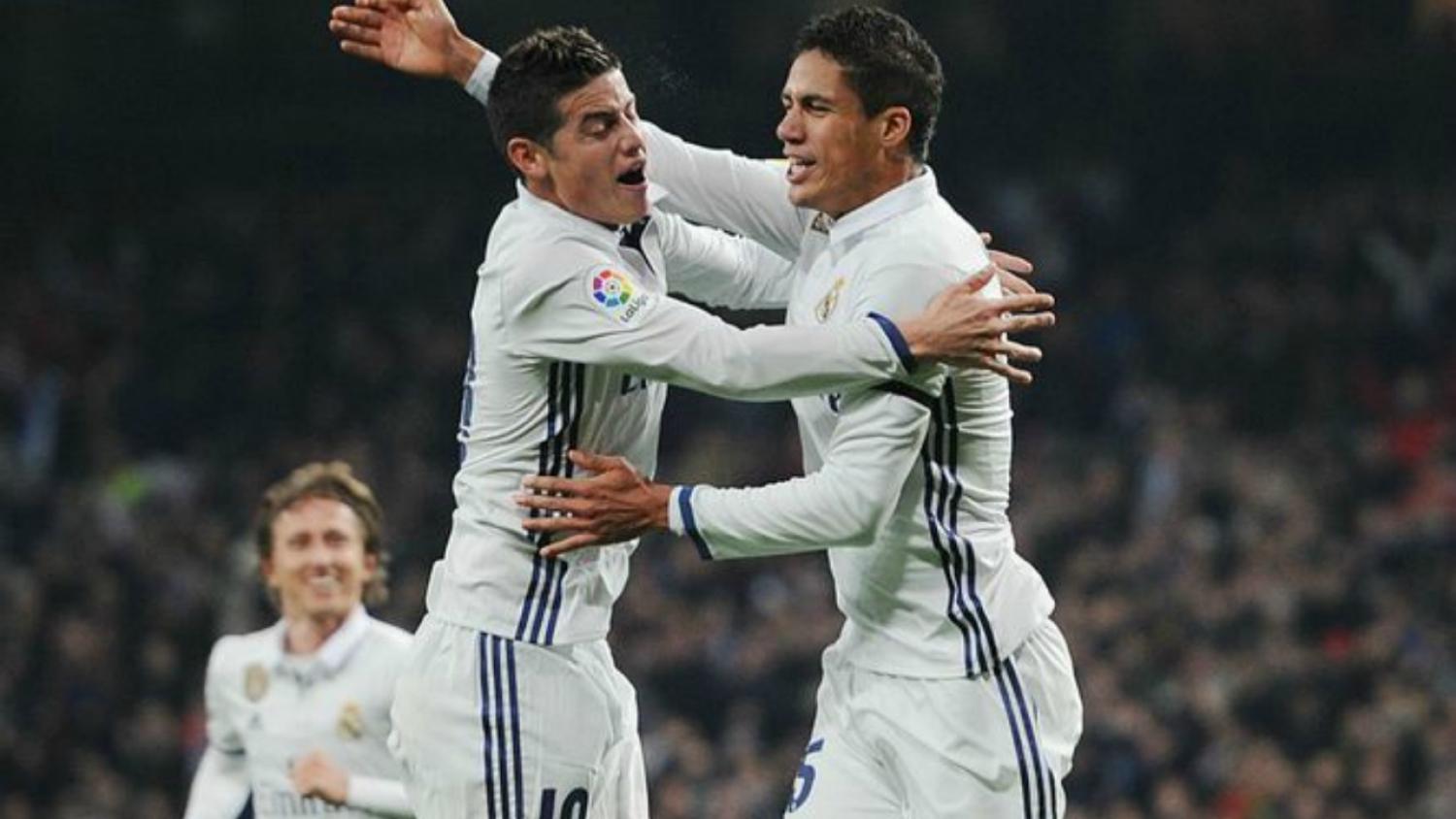 Real Madrid’s incredible run has made it difficult for James to break into the side, but he’s still a key performer for the club.
@beINSPORTSUSA | Twitter

When you’re undefeated in 38 consecutive matches, the adage “if it ain’t broke, don’t fix it” rings particularly true. Unfortunately for James Rodriguez, he’s not a beneficiary of Real Madrid's continuity. The Colombian captain has been limited to four La Liga starts this season, and his minutes across all competitions amount to not even eight full matches.

However, that hasn’t stopped James from registering a goal or an assist, on average, nearly every 90. On Wednesday, with Gareth Bale injured and Cristiano Ronaldo rested, James was granted a rare start alongside Real’s other fringe players in the Copa del Rey.

Real cruised to a comfortable victory over Sevilla, the team currently third in the La Liga table, winning 3-0. In what was supposed to be the marquee matchup of the tournament’s round of 16, James effectively settled the tie himself in the first leg.

His opening goal in the 11th minute was a strike of some quality, and his cooly taken penalty in the 44th minute gave Real their three-goal advantage.

As always, rumors surrounding James’ supposed impending transfer from Madrid have gained prominence with the opening of the January transfer window. As always, James has moved to silence them by confirming his desire to fight for his place.

“I’m staying, I’m staying,” said James. “Obviously all of us want to play at every opportunity, we all go through rough paces but this is a new year and new chance.”

Real manager Zinedine Zidane is more than pleased with the contributions of the attacker, knowing it’s necessary to have a large squad of performers to avoid a midseason slump like they experienced last season.

“Knowing that we had some players missing meant that others would have to come in and work extra hard and things went very well,” said Zidane after the match. “What we’re doing now [38 games unbeaten] is not easy. I have to congratulate all my players for that.”

Zidane is equally as blunt when asked about the future of James: “He’s a Madrid player, he wants to be here because he’s at the best club in the world and there’s nothing more to talk about…He is an important player for Madrid. I’m going to deal with him the same way as I deal with everyone here.”

With Chelsea, Manchester United and Juventus rumored to be monitoring the Colombian’s situation at the Bernabeu, James would have his choice of suitors should he decide to seek more playing time elsewhere.

But James is determined to make it work in Madrid. “Real Madrid is the club I dreamed about,” said James. “And here I am living that dream. I’m where I always wanted to be.”