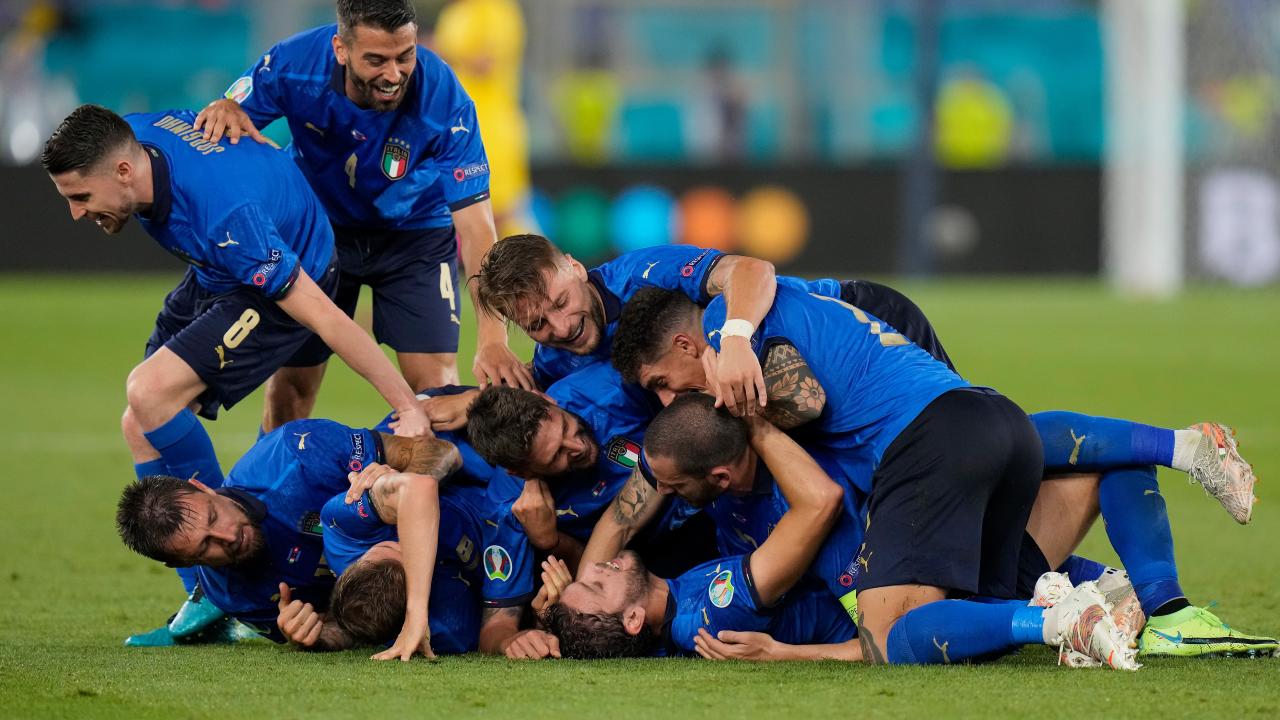 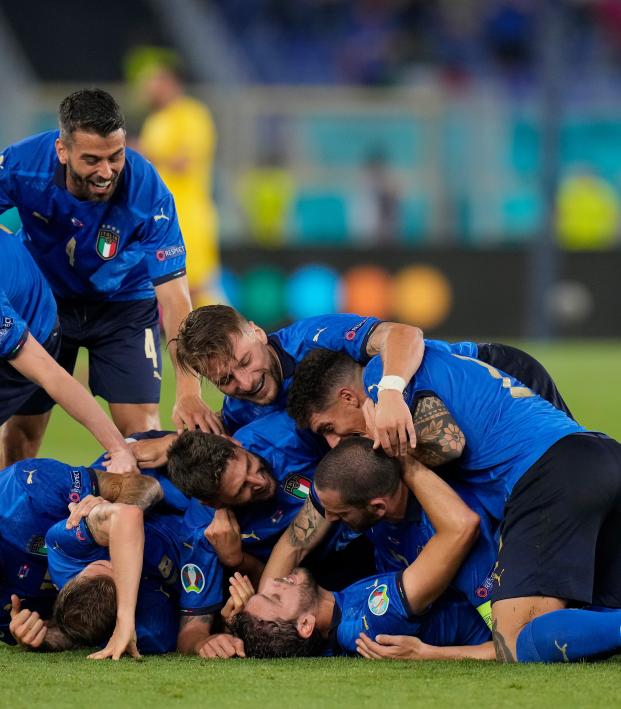 David Moore June 16, 2021
Even without their captain, Italy casually pushed the Swiss to the side.

Italy favorites to win Euro 2020? I’d argue for Gli Azzurri. Italy picked up its second victory in Group A and secured a spot in the knockout stages after comfortably defeating Switzerland 3-0.

It was an unexpected hero who bagged a brace for Italy as Manuel Locatelli got the double to secure the three points. The Sassuolo midfielder had never scored a brace for club or country before Wednesday.

The Italian fans in Rome thought their team’s captain, Giorgio Chiellini, had bundled in the opening goal. VAR called back the goal for a handball against Chiellini. Minutes later, Italy’s captain requested a substitution after picking up an injury.

WHAT A RUN BY BERARDI!

Seven minutes into the second half Locatelli made it two with a rocket of a shot that split through two Swiss players like a hot knife through butter. What a moment for the 23-year-old.

After the victory against Switzerland, Italy have now scored 31 goals without conceding one. The Italians have gone nearly 1000 minutes of play without getting scored against. Unreal. Gianluigi Donnarumma deserves some credit for that statistic. Italy held Switzerland to one shot on target in the game and Donnarumma wasn’t going to let anything through.

Ciro Immobile put the cherry on top of Italy’s victory with a goal in the 89th minute. That marks two 3-0 victories to open the European Championship which is an accomplishment almost never seen before.

3 - Following 3-0 wins against Turkey and Switzerland, Italy are only the second side in European Championships history to open their tournament with consecutive wins by a 3+ goal margin, after Netherlands in 2008 (3-0 vs Italy, 4-1 vs France). Tone. #EURO2020 pic.twitter.com/82gAaoFcsz

Italy will look to get its eleventh-straight win against Wales on Sunday and top Group A. Don’t sleep on this Italian side because they’re poised to make a deep run in this tournament.