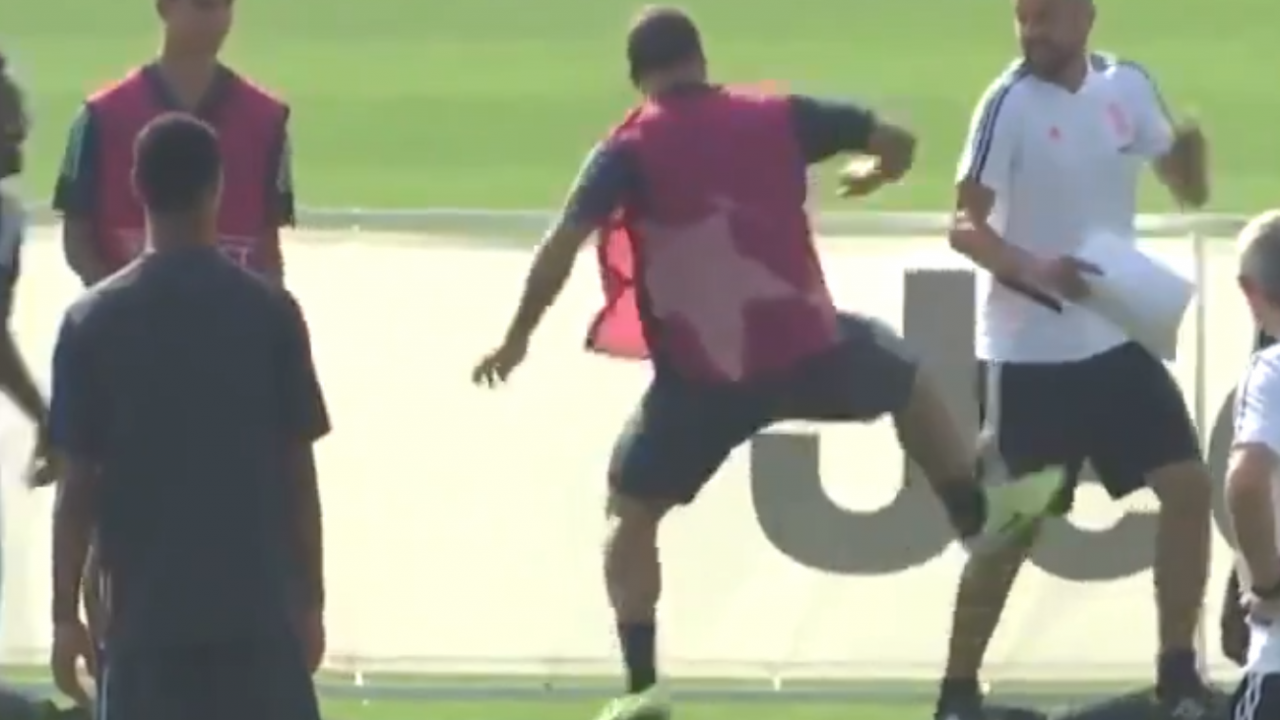 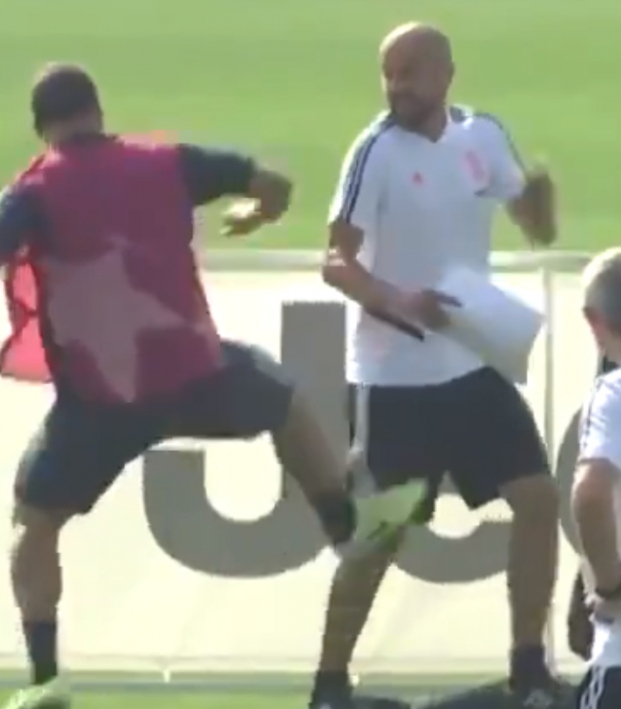 A video of Juventus’ training session Tuesday has taken social media by storm. The clip features a frustrated Gonzalo Higuain lashing out during a game of rondo (monkey in the middle).

In the video, the veteran forward fails to recover the ball and in a bout of anger stomps on the leg of the trainer closest to him and then proceeds to kick an ad-board until restrained by teammates and staff.

It’s no surprise Higuain’s frustrated; the Argentine has yet to find the spark of form necessary to begin to climb back up to elite status and has been heavily criticized following a lackluster loan spell at Chelsea last season. That being said, taking that frustration out on an innocent trainer is not only unprofessional, it is malicious. If Higuain had made full contact with the trainer’s leg, that trainer could’ve been seriously injured.

While this sort of behavior warrants repercussions, the odds of Higuain being benched for his behavior are slim to nil considering Juve’s current injury situation. Georgio Chiellini and Matteo De Sciglio are both out for extended periods of time, and Miralem Pjanic, Douglas Costa and Danilo are listed as doubtful for the upcoming Champions League match against Atletico Madrid. Even if Higuain doesn’t start, if he’s healthy he will at least find himself among the subs out of necessity.

Condoning this sort of behavior could be a slippery slope for Juve, as it may set a low behavioral precedent for a team that is overflowing with major names and big personalities. The fact Juve players seemed to cheer during Higuain’s outburst, only makes the situation look worse.

This is not a one time incident for Higuain either. Just last year the Argentine committed a similar act of aggression when he took his manager out during training with a dangerous two-footed tackle while on loan at AC Milan.

Gonzalo Higuain is no longer seen alive, after his tackle on Gattuso at the training. pic.twitter.com/nsjEuLCEn4

I used to sympathize with Higuain, as I found the taunting he received for his weight and fitness cruel and unfair considering he is an athlete performing at the highest level. But after seeing his childish actions Tuesday, I think Higuain’s issues go far deeper than fitness.