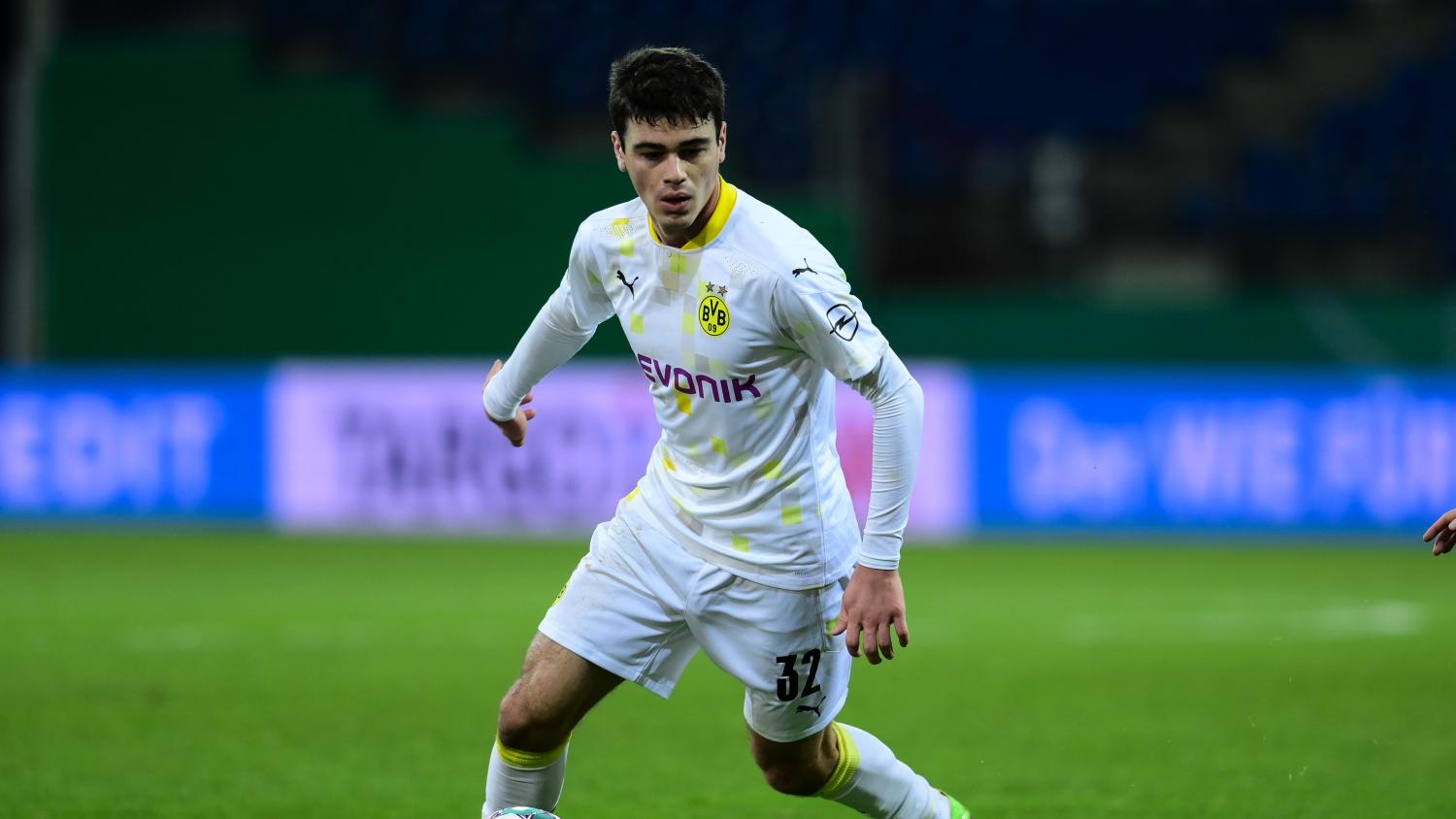 ESPN+ was going to have a camera follow Gio Reyna and Alphonso Davies, but the American teen did not make the trip to Munich.
Getty Images

BERLIN — Borussia Dortmund suffered a major blow on Friday when Jadon Sancho, Raphael Guerreiro and Giovanni Reyna were ruled out of Saturday's Bundesliga game at champions Bayern Munich, the club said on Twitter.

Winger Sancho and midfielder Guerreiro had been taken off with minor muscle injuries in their midweek German Cup quarter-final win and have not fully recovered yet.

It was not clear why American teenager Reyna had not joined the squad on the trip to Munich.

ESPN will have a "Star Cam" feed for #DerKlassiker this weekend, a live stream focused solely on in-game action of Gio Reyna and Alphonso Davies (Canada).

Sancho's absence is especially painful as the in-form England international has been sensational in 2021, scoring eight goals in all competitions while setting up another seven.

Sancho was also on target in their 1-0 win over Borussia Moenchengladbach on Tuesday that sent them into the German Cup last four before being taken off.

Dortmund have climbed back up to fifth place in the Bundesliga on 39 points having won their last two league games.

They are three points behind fourth-placed Eintracht Frankfurt, with the top four finishers qualifying for next season's Champions League.

Bayern are top on 52, two ahead of RB Leipzig.