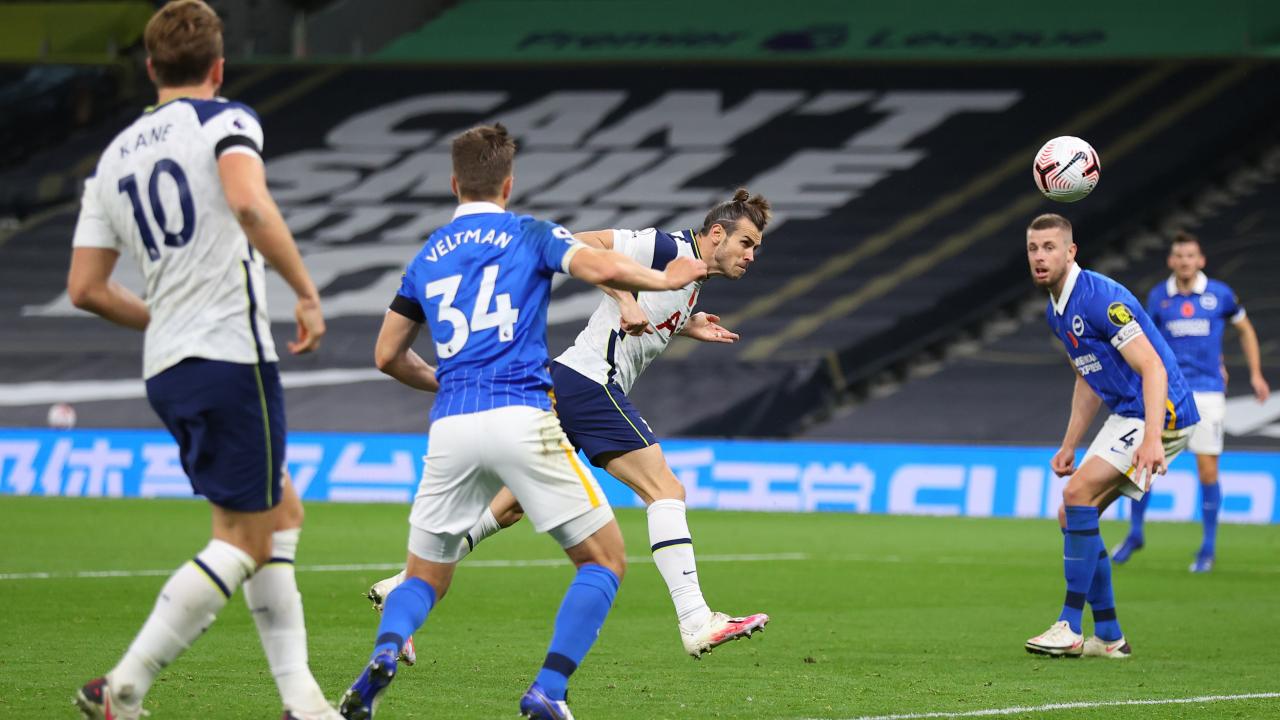 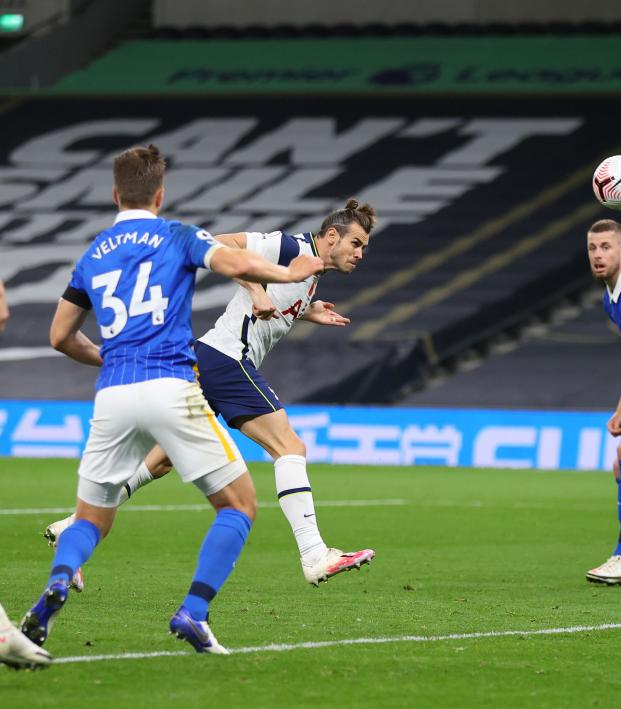 Reuters November 1, 2020
It was Bale’s first goal for Tottenham in seven years and 166 days.

Gareth Bale came off the bench to head the winner for Tottenham in a 2-1 victory over Brighton & Hove Albion in the Premier League on Sunday, his first goal since returning to the club from Real Madrid.

The Welshman was brought on in the 70th minute and three minutes later he met a Sergio Reguilon cross with a firm and well-directed header to restore Tottenham's lead.

Harry Kane had put Spurs ahead in the 13th minute from the penalty spot after Adam Lallana was ruled to have fouled him as he climbed for a header.

Brighton responded with a long spell of good possession football as Spurs failed to drive home their advantage and Graham Potter's side drew level in the 56th minute. Tariq Lamptey drove into the far, bottom corner after being set up by Pascal Gross at the end of a clever move from Brighton but the VAR official asked referee Graham Scott to look at a challenge on Pierre-Emile Hojbjerg by Solly March.

Spurs felt that Marsh had fouled the Dane but Scott ruled the challenge was fair and the goal stood.

Tottenham then struck the post twice, firstly a drive from the edge of the box from Erik Lamela and then a close-range effort from a tight angle by Kane. Then came Bale's winner as Spurs moved above Everton in the standings into second place on 14 points, two behind leaders Liverpool.