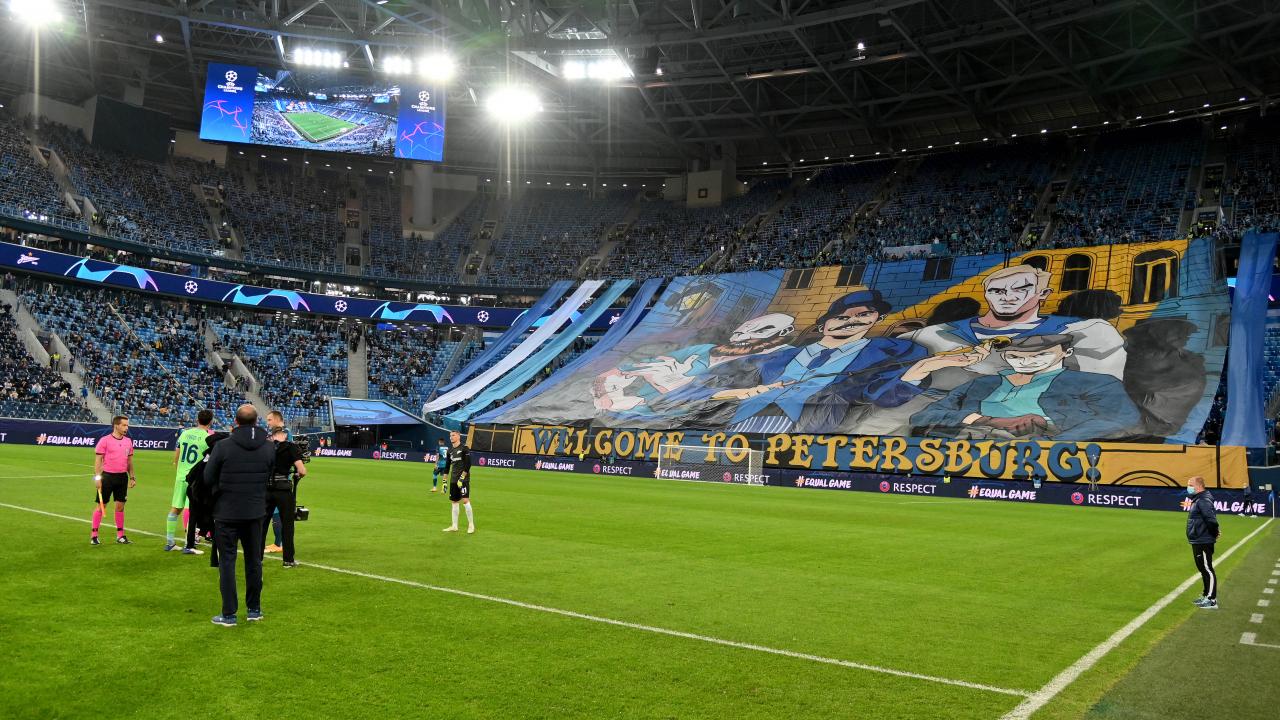 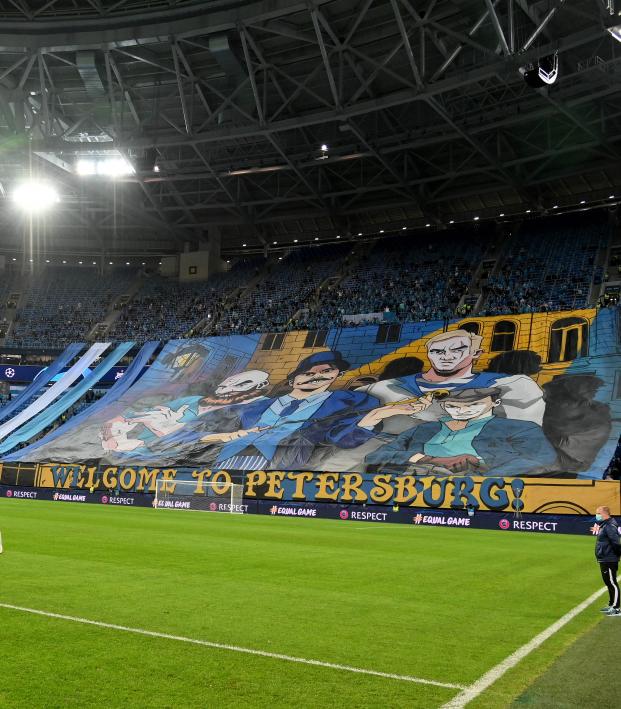 Reuters April 23, 2021
Seville and St. Petersburg will replace Bilbao and Dublin as hosts of this summer’s Euros.

Seville has replaced Bilbao as a host city for Euro 2020 with St. Petersburg in Russia, already a host venue, taking the three group stage games from Dublin, UEFA said on Friday.

Wembley Stadium in London has gained the Irish capital's last-16 match, taking its total number of fixtures to eight, which include the semifinals and final.

Further details about tickets sales for the re-organised #EURO2020 matches in London, Saint Petersburg and Seville will be communicated in due course on https://t.co/xMvrbWdbtz and via email to existing ticket buyers.

The first pan-European tournament runs from June 11 to July 11 having been postponed last year due to the COVID-19 pandemic.

UEFA's executive committee was forced into the changes after Bilbao and Dublin could not guarantee the presence of fans at matches.

Munich, which had been in doubt, has been confirmed as a venue but German Football Association (DFB) officials said it was not yet clear whether the Bavarian city will host its games with fans as infection numbers rise across Germany.

Munich was the third host city that had been unable to offer UEFA the fan guarantees it needed but a new plan to allow at least 14,500 supporters into the Allianz Arena, despite rising infection numbers in the country, was approved by UEFA.

"We have been working diligently with the host associations and local authorities to ensure a safe and festive environment at the games and I am really pleased that we are able to welcome spectators at all matches for a celebration of national team football across the continent," said UEFA president Aleksander Ceferin. 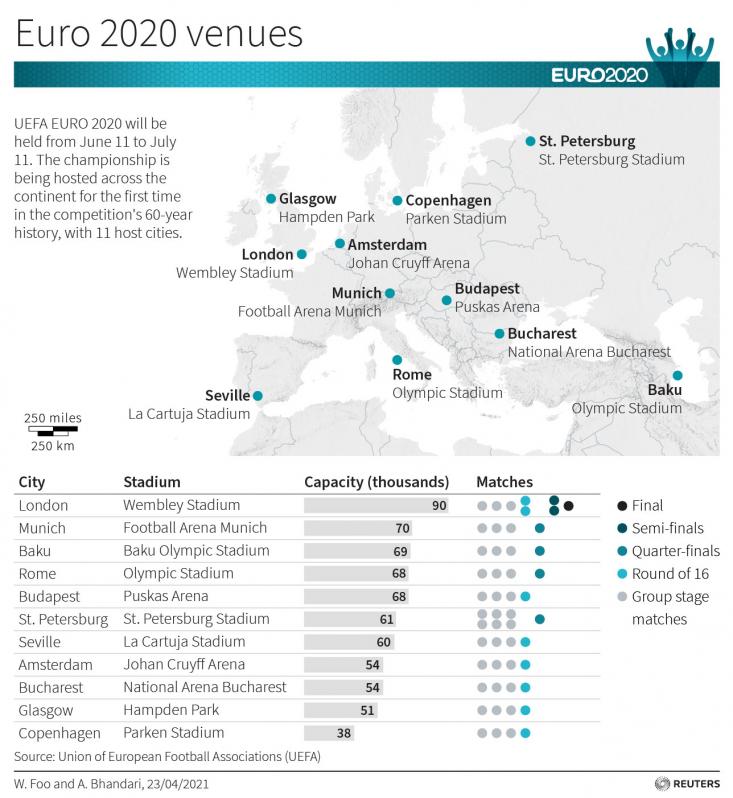 Ireland's sports minister Jack Chambers said it was simply not possible to commit to welcoming fans while still battling the pandemic.

"We are trying to reopen a lot of society but being able to leapfrog into having 11,000 people in one place and giving the assurances over that wasn't possible at this point," Chambers told national broadcaster RTE.

"Obviously we're disappointed that this will happen but we have to be honest about what's possible in the pandemic. We will have spectators back at games this summer. To do 11,000 in June as a starter event would be an extraordinary step up."

The DFB said it was happy with Munich's confirmation, with Germany set to play all their group matches there, but a decision on fans would have to come from the proper authorities.

"It would be wonderful to have the support of fans for these matches," Germany's national teams director Oliver Bierhoff said. "In the matter of allowing fans into the stadium we continue to trust the decisions of the authorities in charge."

To see a related graphic, please open this link in an external browser: https://tmsnrt.rs/3vrputt