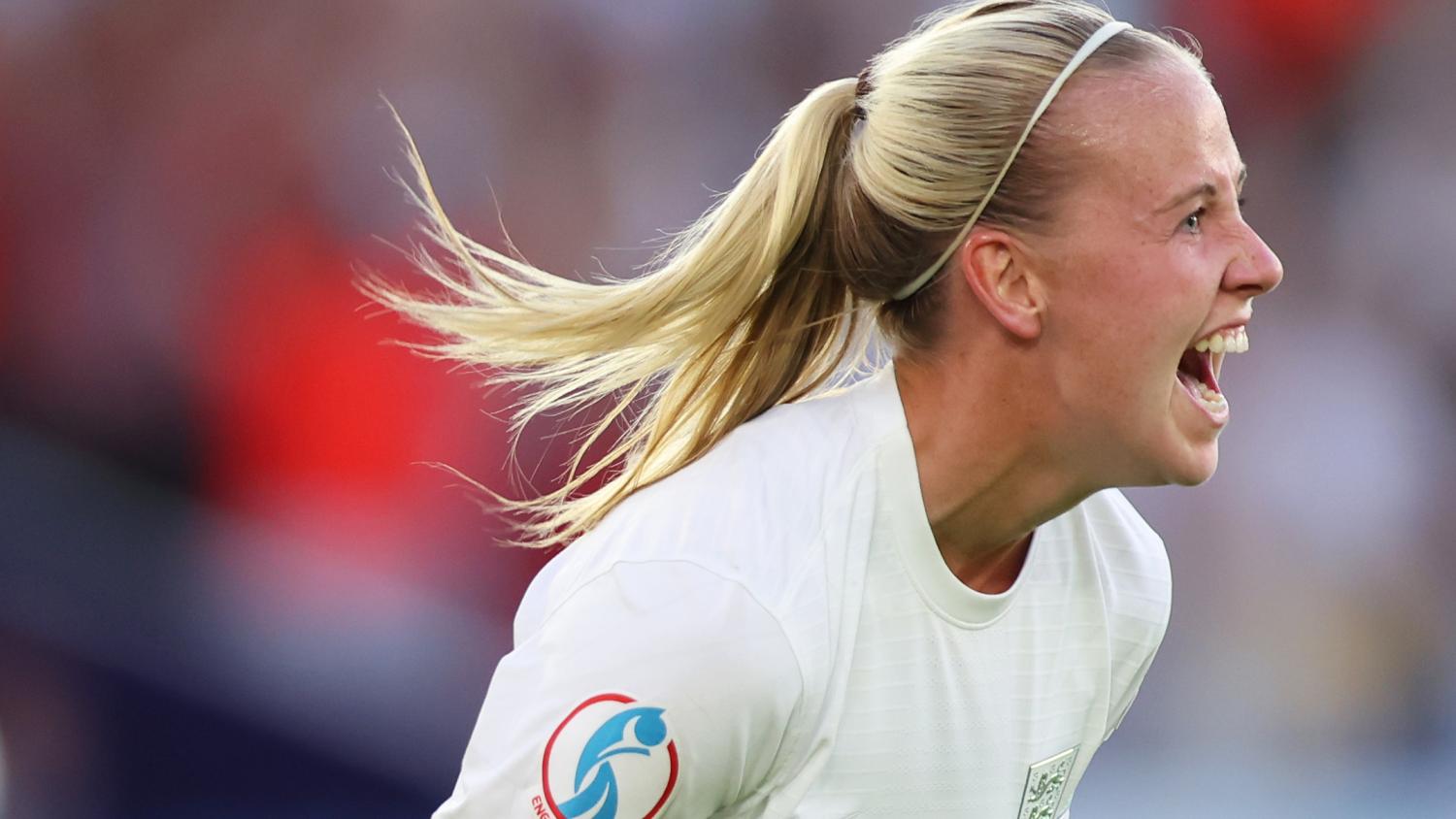 The Three Lionesses ran rampant in a massive win over Norway at Euro 2022 on Monday.
Getty Images

It was supposed to be one of the standout matches of the Euro 2022 group stage. If it had been boxing, the referee would have called the match off in the first half.

England flexed its offensive muscles with a barnstorming win over Norway, eviscerating the 11th-ranked team in the world by a startling 8-0 score line on Monday at Amex Stadium. It was one of the most impressive performances in recent Euro history, with England scoring six in the first half alone. Beth Mead had a hat trick, Ellen White netted a brace and three other players scored to tear Norway to shreds.

Host England, ranked eighth in the world, entered the 2022 Euros as one of the favorites, but questions remained whether the Three Lionesses could get over the hump to win their first major trophy. England looked great in the run-up to the Euros on home soil, hammering fellow Euro participants Belgium 3-0, Netherlands 5-1 and Switzerland 4-0 in pre-tournament friendlies.

England’s nervy 1-0 win over Austria in the tournament opener left critics unimpressed ahead of a showdown against Norway. With Women’s Champions League record scorer Ada Hegerberg back in the national team, Norway in the world looked like a legit contender to win the whole thing after a 4-1 win over Northern Ireland in its opener.

Based on FIFA rankings, if this were the men’s game, this would be the equivalent of the Netherlands beating Germany 8-0.

It all fell apart in spectacular fashion for Norway, starting with a questionable penalty kick in the 12th minute. Ellen White lost the ball then fell to the pitch, doing enough to convince the referee and the VAR she was impeded.

Georgia Stanway buried the penalty with aplomb, and it only got worse from Norway from there.

And then some more.

By the time the dust settled on the first half, England led 6-0. It was the most goals ever in a Women’s Euros first half, breaking the record of five set one day earlier when France beat Italy 5-1 on Sunday. The Lionesses took 11 shots, put eight on target and scored on six of those, an astonishing success rate.

Mead’s second was arguably the pick of the bunch, highlighting the supreme confidence England displayed to take full advantage of some poor defending from Norway.

In the second half, England continued to look for more goals, and Norway continued to show an inability to play defense.

Alessia Russo made it 7-0 in the 66th minute and Beth Mead completed her hat trick in the 82nd minute.

Barring a massive collapse on Friday against last-place Northern Ireland, which lost 2-0 to Austria earlier Monday, England will finish atop Group A. The Lionesses have the luxury of resting players in that match ahead of a quarterfinal match that will likely be against either Germany or Spain.

For Norway, the world isn’t ending just yet, but it will take a lot of soul searching to rebound from such a disheartening defeat. There is precedent for a team to lose big in the group stage and win it all. In the 1954 men’s World Cup, West Germany lost 8-3 to Hungary in the group stage then beat the Mighty Magyars 3-2 in the final to win it all.