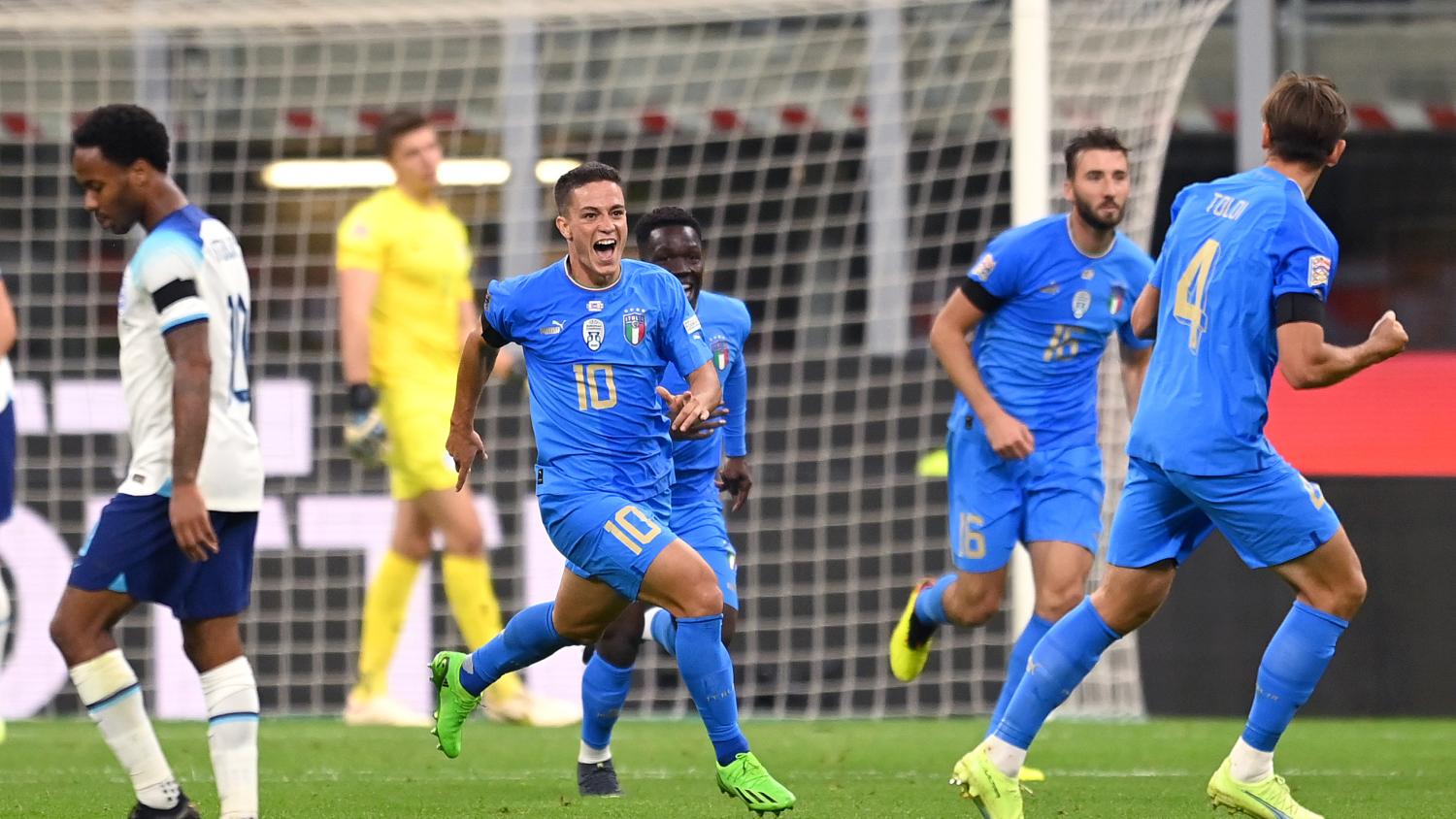 What a goal but wow did England look bad.
Getty Images

MILAN — England's sorry Nations League run continued on Friday as Giacomo Raspadori's 68th-minute strike gave Italy a deserved 1-0 win that relegated the shot-shy visitors to the second tier League B and kept the Italians in the hunt to top Group 3.

There was little to provide optimism for England’s fans with Qatar only two months away but at least they will be going, unlike Italy, still trying to come to terms with their failure to qualify for the second World Cup in a row either side of winning the European Championship.

In a game of few chances at the San Siro, the hosts looked the more ambitious side and settled the game through Raspadori's crisp finish.

England barely managed an effort on goal and looked unrecognizable from the team who went 22 games unbeaten until June – not counting the Euro 2020 final shootout defeat by Italy.

They have scored only one goal, a penalty, in their five Nations League games going into their final match at home to Germany on Monday.

Italy still have a chance of topping the group and making the playoffs but they will need to beat Hungary in Budapest on Monday after the surprise leaders won 1-0 in Germany.

After Italy started with a five-minute attacking flurry, highlighted by Gianluca Scamacca’s header pushed onto a post by Pope, the first half developed into cautious probings from both sides with neither goalkeeper further challenged.

The risk-averse approach was perhaps understandable bearing in mind that in their last outings in June England were hammered 4-0 at home by Hungary while Italy lost 5-2 to Germany, but that was of little consolation to the bored 50,000-plus crowd.

Italy improved after the break and settled the game when Raspadori neatly brought down a long ball by Leonardo Bonucci on the edge of the box and, given far too much time to consider his options, cut in onto his right foot and fired past Pope.

Manolo Gabbiadini, winning his first cap in five years, forced Pope into a good save, while the impressive Federico Dimarco hit the post as Italy finished strongly.

England were unable to manage more than a couple of Harry Kane snap shots and manager Gareth Southgate was booed by the visiting fans as he went to applaud them.

Midfielder Declan Rice said the team had "slipped below their standards" but claimed they had controlled the game.

"I didn't think it was all bad tonight," he said. "It's coming. It was a much better performance than we saw in the summer. It's not that we're not creating the chances. I see it in training. There are goals for fun. Trust me, we are going to be good."