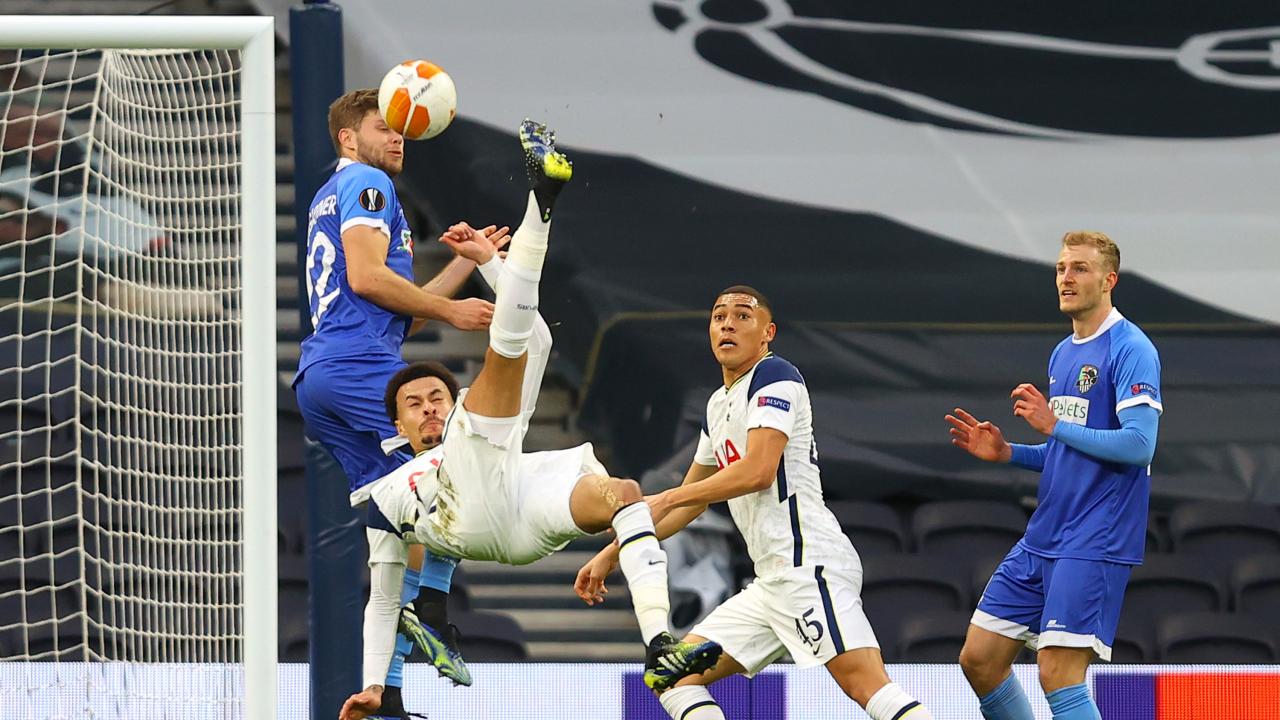 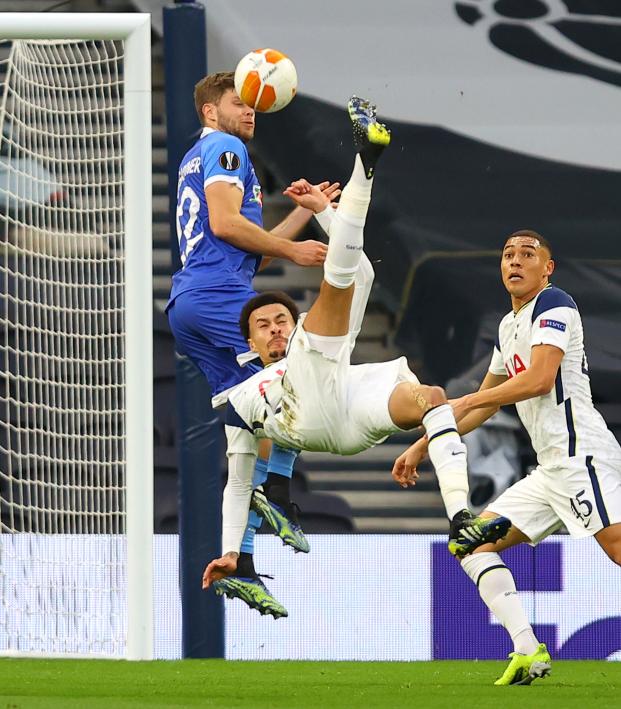 Dele Alli, Gareth Bale Score The Type Of Goals That Make The Europa League So Fun

Reuters February 24, 2021
Dele Alli got on his bike and Gareth Bale reminded us of the quality still in his left foot in Tottenham’s easy win.

LONDON — Dele Alli and Gareth Bale staked their claims for places in Tottenham Hotspur's first team with superbly-taken goals in a 4-0 victory over Austrian club Wolfsberg in the Europa League last 32 second leg on Wednesday.

Alli has fallen down the pecking order under manager Jose Mourinho, not starting a Premier League game since the opening day of the season, but was clearly in the mood to impress.

The midfielder produced a sensational overhead kick in the 10th minute to give his side the lead on the night, after they won the first leg 4-1 in Budapest.

Alli then provided a pinpoint cross for Carlos Vinicius to make it 2-0 five minutes after halftime and was again the provider as Bale, on as a substitute, smashed in a majestic third goal with his left foot.

Vinicius, another Spurs player who has found Premier League appearances hard to come by, scored his second goal late on as Tottenham waltzed into the last 16 with an 8-1 aggregate victory.

While Bale's lack of minutes since his return on loan from Real Madrid has been largely down to fitness issues, according to Mourinho, Alli's fall from grace has been harder to explain.

But on Wednesday he offered a reminder of the ability that catapulted him into Tottenham's first team as a teenager in 2015 and made him an England regular.

"Dele had a difficult period, he had an injury, at the same time was the talk about him staying or leaving, the market closed, the injury's gone and he starts working with lots of motivation," Mourinho said of Alli's virtuoso display.

"It's coming and that's what we need. He is playing very well. Of course, the goal was beautiful but the assists and the hard work means more for me."

Tottenham have lost five of their last six Premier League games but enjoyed much-needed European respite to progress in a competition which looks like their most realistic route back into the Champions League.

Alli was twice involved in the move that led to Tottenham's first goal and when the ball was played into the area he executed the perfect scissor kick to send a bouncing ball beyond Wolfsberg keeper Manuel Kuttin.

Wolfsberg avoided any further damage in the first half but were undone again when Alli put a cross on a plate for Vinicius to head home.

The fact that Bale, superb against West Ham as a substitute on Sunday, was left on the bench suggests he might be in line for a start at the weekend against Burnley.

When he was introduced he looked sharp, sweeping Alli's pass into the top corner without breaking stride.

Sixteen-year-old substitute Dane Scarlett rounded off a good night for Tottenham with an assist for Vinicius.