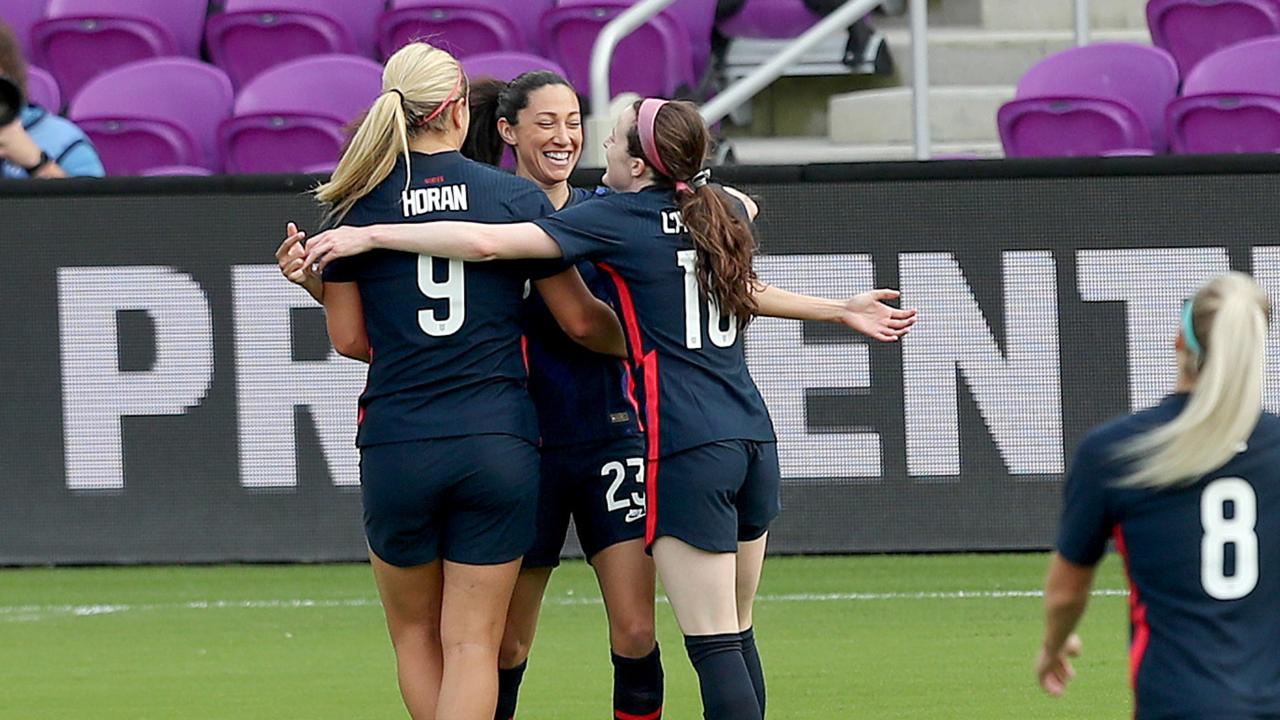 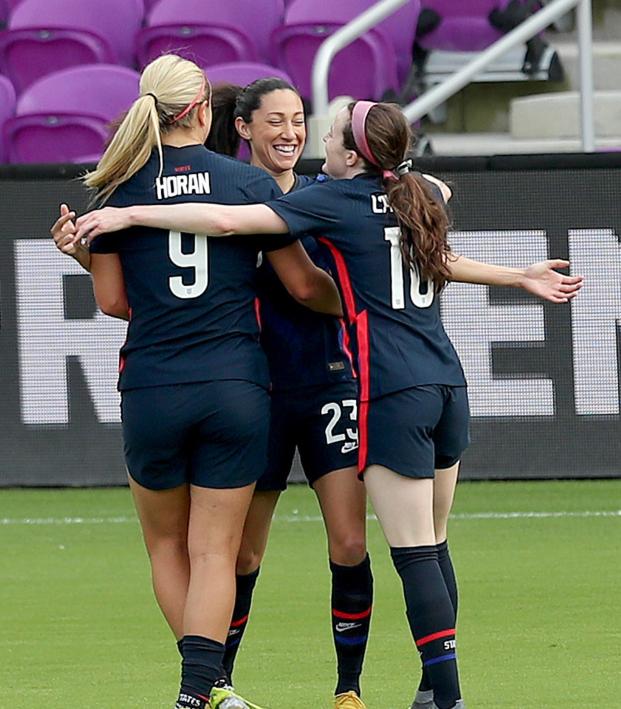 Christen Press Deserves To Start After Leading The USWNT Over Brazil

The sternest test of the USWNT’s 2021 SheBelieves Cup was ultimately passed on Sunday as Christen Press’ 11th-minute goal was enough to overcome Brazil before Megan Rapinoe’s late insurance strike at Exploria Stadium in Orlando.

Vlatko Andonovski made four changes to the side that labored to a 1-0 victory over Canada last Thursday, including Press for Rapinoe at left wing, Alex Morgan for Carli Lloyd at striker and match-winner Rose Lavelle for Catarina Macario in midfield.

Brazil’s willingness to come at the U.S. caused some awkwardness in defense, but the opportunity it presented going the other way was obvious as early as the second minute as Lynn Williams found herself in acres of space on the right before forcing Bárbara into a save.

But viewers on FS1 didn’t have to wait much longer for the opening goal. Julie Ertz did well to spray a pass out wide to Lindsey Horan, who touched a first-time ball through to the streaking Press. The Manchester United forward still had a lot to do, but she drifted inside before curling a clinical finish toward the far post.

WHAT A HIT! @ChristenPress puts the @USWNT in front vs Brazil with a perfect strike #SheBelieves pic.twitter.com/Px3IkHmWFm

Brazil didn’t back down. Some challenges flew in on Morgan, but Charlie Elena Carrasco’s mother responded with a couple crunching challenges of her own. Speaking of rowdy tackles, Ludmila was in an excellent position to bring Brazil level shortly after Press’ goal, but Crystal Dunn was there to protect Alyssa Naeher with an excellent piece of defending.

Still, Brazil advanced through the U.S. midfield with more joy, confidence and ease than customary, although things frequently fell apart in the final third for the Seleção.

A surefire way to win friends and favor at the moment is to say something like “Rose Lavelle is still a great player” and then to bash Manchester City manager Gareth Taylor (and you're right in both instances), but Brazil met zero midfield resistance on Lavelle’s side of the pitch with Andressa and deep-lying Marta rampaging freely and combining nicely with Debinha on a number of occasions.

It wasn’t a memorable outing for Lavelle on either end, and she was visibly frustrated when making way for Kristie Mewis in the 83rd-minute.

On the other side of midfield, it was another commanding display from Horan.

Horan got her second assist of the afternoon in the 88th minute by digging out a looping cross for Rapinoe to gently side-volley home.

Icing on the cake for the @USWNT! @mPinoe hammers it home to double the lead! pic.twitter.com/FXpC9yfPsG

The Cup belongs to the U.S. if the team records a win or draw against 31st-ranked Argentina on Wednesday.