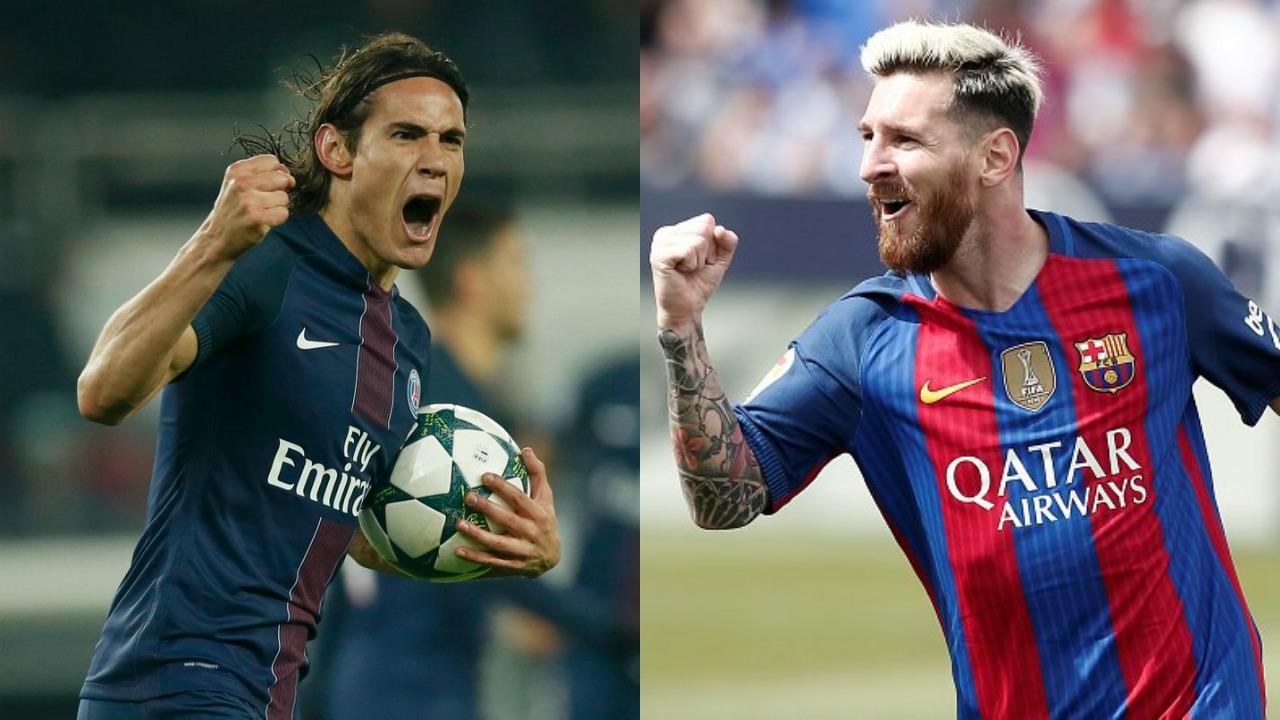 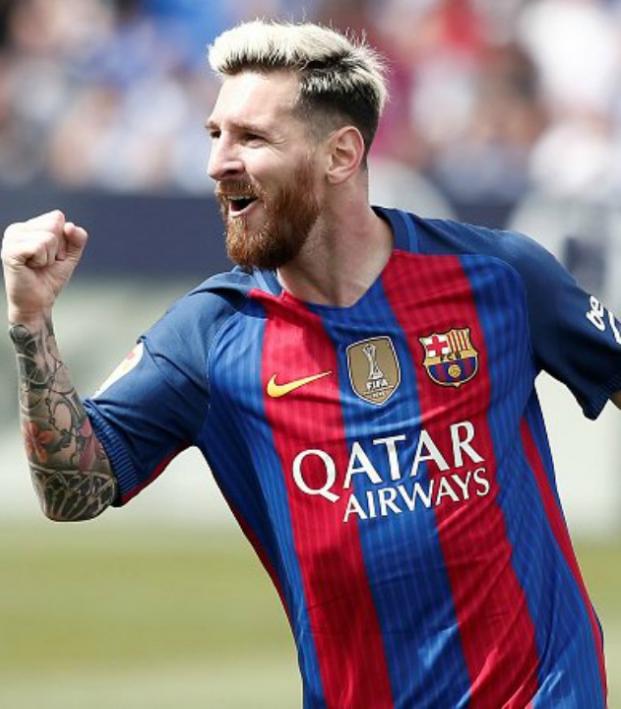 Looking Ahead To The UEFA Champions League Round Of 16

Javier Martinez December 13, 2016
After days of waiting and wondering, the Champions League round of 16 draw finally took place on Monday, setting up some intriguing matchups in February.

The 2016-17 UEFA Champions League Round of 16 draw took place early Monday morning in Nyon, Switzerland and left us with some very entertaining match ups:

These matches won’t begin until February, and a lot of things can happen over the course of the next two months (injuries, team form, managerial changes, the January transfer window, etc.), but that won’t stop us from analyzing this interesting draw.

Manchester City vs. AS Monaco

On paper, it would seem Manchester City shouldn’t have any problems getting into the quarterfinals, but we shouldn’t count Monaco out just yet.

Monaco have been playing some good football this season — they’ve scored a resounding 53 league goals in France. Falcao looks to have regained his old form after scoring 10 goals, and they currently sit in second place, in front of PSG after thrashing the defending league champions 3-1 earlier in the season.

Manchester City, on the other hand, have been very inconsistent of late and many are starting to question Pep Guardiola’s defensive tactics. City have dropped points in three of their last five league games, got hammered 4-0 by Barcelona at the Camp Nou and drew three games in the Champions League group stage (two of them against Celtic).

To add more fuel to the fire, Monaco actually have a very good record against English teams over the last three seasons. They beat Tottenham twice in this year’s group stage and eliminated Arsenal in 2014-2015 at the round of 16, including their infamous 3-1 victory in London.

This doesn’t look like an interesting matchup, but it’s more dangerous for Real Madrid than many people think. Madrid is undefeated this season, and they haven’t lost in 35 matches overall, but they haven’t historically fared well against Italian sides in the knockout phase, especially since the turn of the 21st century.

Zinedine Zidane and his team set a new @realmadriden record for the longest unbeaten run in the club's history! #RealMadridDepor pic.twitter.com/88Uc4SZIzX

Napoli, of course, isn’t as dangerous as they were last season after selling Gonzalo Higuain in the summer, but they are still a well-organized squad that can take advantage of Real Madrid’s inconsistency, which they’ve shown on numerous occasions this season. This is a fixture that will see former Real Madrid players Jose Callejon and Raul Albiol return to the Santiago Bernabeu.

After watching Borussia Dortmund in group play, they could be the legitimate dark horse of the tournament. They’ve been playing great football, scored a record 22 goals in the group stage and finished above defending champions Real Madrid.

Marco Reus has had a hand in 9 goals in 5 games for Dortmund this season (4 goals, 5 assists). #UCL pic.twitter.com/1HYUWmTFDJ

What plays to Benfica’s advantage is Dortmund’s inconsistency. Dortmund have been brilliant in the group stage and at times in the Bundesliga, even beating Bayern Munich 1-0 just a couple of weeks ago. But they’ve also dropped important points to teams like FC Köln, Ingolstadt and Eintracht Frankfurt.

The Champions League has been a completely different story for Dortmund, but their inconsistency is something they are going to need to change if they want to advance beyond Benfica.

Juventus have only gotten stronger since last season with the acquisitions of Higuain and Miralem Pjanic over the summer. They are on course to win their sixth straight Serie A title and finished atop a group that included defending Europa League champions Sevilla.

Porto is really going to need to do their homework to find Juventus’ weak spots and play an almost perfect two-legged series if they are to have any chance of pulling off the upset.

A rematch of the round of 16 matchup from the 2014-2015 season, Roger Schmidt and Diego Simeone face off once again after their heated matchup that season.

What’s interesting is that Atletico Madrid are almost a mirror image of Borussia Dortmund this season. Like Dortmund, they’ve struggled in domestic competition, but they’ve somehow managed to turn it on when the Champions League anthem comes on.

After two Champions League final defeats in the last three seasons, Atletico seem to be putting all their eggs in one basket to finally bring the trophy back to the Vicente Calderon. However, they’ll need to get past a solid Bayer Leverkusen that has managed to find goals even with Chicharito’s lack of form this season.

We can only imagine what Arsenal fans were thinking when they saw the draw. After finally finishing atop their Champions League group, they could be forgiven for expecting an easy draw for once, but Bayern Munich comes out of the pot.

Once again, Bayern Munich and Arsenal meet in the Champions League round of 16, but this time the first leg will be in Munich. Even though it doesn’t look good for the Gunners, Arsenal do have a great chance at going through.

Under Carlo Ancelotti, Bayern Munich have struggled this season in defense and are currently tied on points with RB Leipzig. On the other hand, Arsenal sit in second place in the Premier League, three points behind Chelsea.

The Gunners are playing some very good football, and Alexis Sanchez and Mesut Ozil have been in top form since the start of the season. A lot can change in two months, but it wouldn’t surprise us if Arsenal finally get one over on Bayern Munich.

It’s two months before this fixture, but Unai Emery is going to need to change the whole dynamic of his team if PSG are to have any chance of eliminating Barcelona. They’re dropping points left and right in Ligue 1, sitting an unforgivable third place behind Monaco and Nice.

Leo, thank you for an unforgettable 2016 pic.twitter.com/f4kWw5v502

With their Champions League group on the line, they couldn’t even manage to beat Ludogorets at home. If they’re struggling against Monaco, Nice, Arsenal and Ludogorets, how are they going to beat a Barcelona side that has Lionel Messi, Luis Suarez and Neymar up top? The only thing PSG has in their favor is that Barcelona are failing to fully click as well, and they don’t have David Luiz to get terrorized by Suarez this season.

Despite Leicester’s league struggles, they’ve had some really great performances in the Champions League. On the other side, Sevilla are third in the La Liga table, and Jorge Sampaoli has done a very good job at stamping this Sevilla side in his image. Sevilla are favorites on paper because they have a better squad, but this matchup could really go either way.

We’ll now need to wait until February to see if these predictions hold any weight whatsoever.