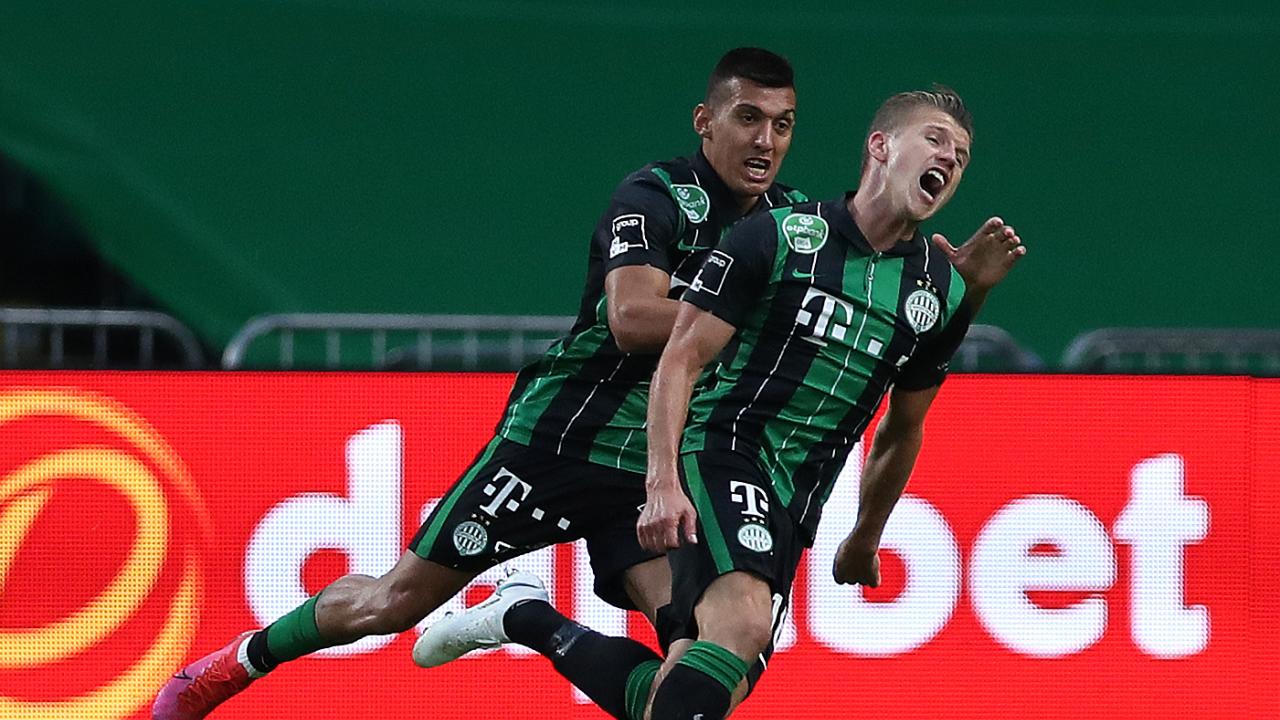 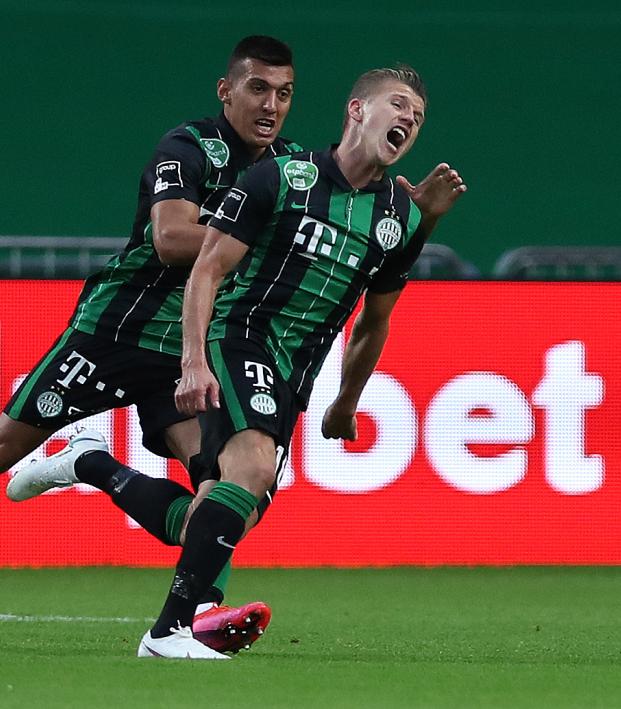 BUDAPEST — Hungarian champion Ferencvaros progressed to the Champions League playoff round for the first time after winger Myrto Uzuni went from villain to hero in their shock 2-1 win over Dinamo Zagreb on Wednesday.

Uzuni scored a 23rd-minute own goal which hauled Dinamo level after captain Gergo Lovrencsics had given the home side an early lead and he netted a 65th-minute winner to set up a two-legged tie against Molde.

Norway's Molde advanced after a 6-5 penalty shootout win over Qarabag following a goalless stalemate while Maccabi Tel Aviv's 1-0 home defeat of Dinamo Brest earned them a clash with Salzburg.

Danes Midtjylland rolled on with a 3-0 home win over Young Boys Bern after Anders Dreyer and Awer Mabil found the net after Jordan Lefort's own goal to book a tie with Slavia Prague in the playoff round.

Dinamo brushed Ferencvaros aside 5-1 on aggregate at the same stage of the competition last season but having reached the group stage three times in the last five years, they found the Hungarian side a different prospect.

Lovrencsics fired the home side ahead in the second minute when he slid in to sweep home a Tokmac Nguyen cross before Uzuni turned a glancing Lovro Majer header into his own net.

Dinamo piled the pressure on early in the second half but were caught on the break as Uzuni raced clear of two defenders from the halfway line and steered the ball past goalkeeper Dominik Livakovic with a slick finish from 16 metres.

"We were rocked after letting in a goal so early and having regained our composure after we equalised, we switched off again and got punished for it," he told reporters.

"We expected to go through but the reality is that we've been brought crashing down to earth."

It was a second successive upset by Ferencvaros, who reached the third qualifying round with a 2-1 win at 1967 European Cup winners Celtic and now have a chance of advancing into the money-spinning Champions League group stage.

A 50th-minute penalty by forward Dan Biton gave Maccabi the win over Belarusian side Brest, while Molde goalkeeper Andreas Linde saved the decisive spot-kick in Azerbaijan to send the Norwegian team through.

PAOK Salonika will lock horns with Russians Krasnodar and Belgians Gent play Dynamo Kyiv for the other two berths in the group stage, which will feature 32 teams.